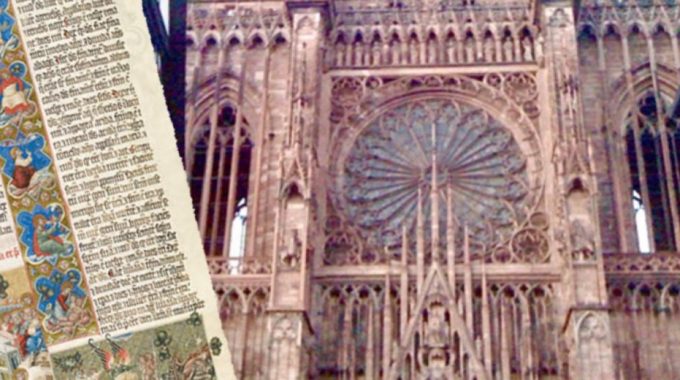 As silent witnesses, the spires and towers of churches and cathedrals across Europe’s cities and landscapes testify to the biblical roots of our western cultural heritage.

Paradoxically in this most secularised continent, cathedrals are among the most visited tourist sites in Europe. They are priceless treasure houses of a legacy shaped by the Bible.

Their architecture and design illustrated the biblical story to an illiterate public, from the moment worshippers stepped through the portal under graphic portrayals of the stark realities of the Last Judgement. Today they remain statements in stone to a largely biblically illiterate public.

In Eastern Europe and Russia, glistening onion domes still dominate the skyline and corroborate a thousand-year tradition also inspired by the Bible story. The Hagia Sophia in Istanbul, formerly Constantinople, changed the history of architecture with its famous massive dome. Built in the sixth century as the peak of Byzantine architecture, it served as a cathedral for nine hundred years until the Ottoman conquest turned it into a mosque for nearly four centuries. Today the Hagia Sophia is Turkey’s biggest attraction with its restored mosaics of Jesus and his followers attracting over three million visitors annually.

In Barcelona, similar numbers visit Gaudi’s still unfinished La Sagrada Familia Cathedral each year. Twice as many visit Cologne Cathedral each year, about the same as Milan’s famous cathedral. One of Europe’s top tourist venues is Notre Dame Cathedral in the heart of Paris with around 14 million visitors annually – that’s over 38,000 daily! Those five cathedrals alone account for 33 million visitors annually between them. And all those visitors are exposed to testaments in stone and glass about God, Jesus and salvation.

In medieval society, the cathedral reflected the greater reality of the unseen world, embodying the integration of society around Christ. The cathedral’s crossform–with the transept providing the horizontal of the cross, intersecting at the altar and separating the nave from the choir and sanctuary–also mirrored the human head, arms, torso, legs. Man was a microcosm of the macrocosmos. Man was the temple of God: the altar was the heart.

The cathedral integrated all the art forms, including architecture, masonry, sculpture, painting, stained glass, weaving, tapestry, music and the liturgical choreography, with its rituals and processions. Almost everyone in the city was engaged in the construction as a common project.

The famous labyrinth of Chartres Cathedral in France represents the pilgrimage from earth to heaven, towards the Creator through Jesus Christ. A prime example of Gothic architecture of the 13th century, the tall, light and airy structure emphasised the vertical dimension with its colourful stained-glass windows. The Gothic style superseded the earlier Romanesque (Norman) darker and heavier interiors with small windows and wall frescoes. Originally known as ‘the French style’, the term ‘Gothic’ was first applied disparagingly by 18th century Enlightenment thinkers, who preferred the ‘pure’ classical forms of Greece and Rome.

The superlative baroque style of the 17th and 18th centuries – both in architecture and music – attempted to express heavenly realities of glory and beauty, overwhelming the worshipper with God’s greatness and extravagance.

Long after many of our modern buildings have been demolished and replaced, the architecture and design of Europe’s cathedrals will undoubtedly continue to provoke curiosity in future generations about the timeless truths of the Bible which were Europe’s soul, values and life-source.

Is the West history?

It’s time to rekindle the old debate about religion and politics. Only this time let’s…

The Book That Made Britain

Shortly after crossing the border between Scotland and England on the east coast, you can…