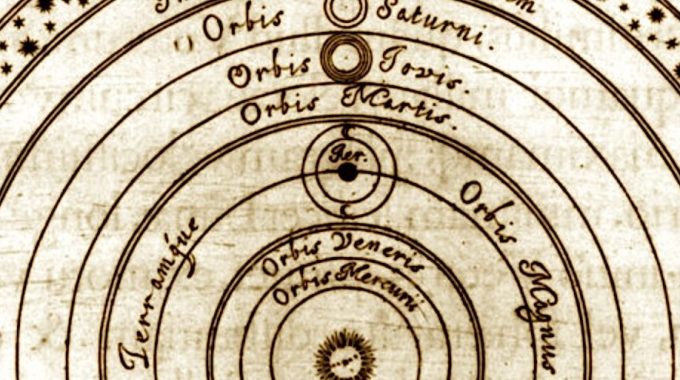 The Bible, with its myths, miracles and fanciful descriptions of angels and demons, has been a major barrier to the emergence of modern science. Only when the Renaissance and the Enlightenment freed modern minds from the medieval superstition of this book could the Scientific Age really begin.

This widely-accepted proposition may look reasonable and obvious on the surface. However, objective research and honest inquiry expose this perspective itself to be a modern myth.

Secular philosophers and scientists like A. N. Whitehead and J. R. Oppenheimer candidly admit that modern science was born out of the biblical worldview. While older civilisations like Greek, Hindu and Buddhist, and the later world of Islam, all had significant contributions to make to human knowledge, their belief systems undermined the development of scientific thinking as we understand it today.

The Greeks may have been the first to seek rational answers to questions of the existence and the nature of life and the cosmos, but their worldview denigrated the labour necessary to effect change. Chinese and Indian views of the physical world as illusory and unreal prevented the development of scientific understanding in the East, despite early discoveries like the printing press, the windmill, gunpowder and the concept of zero. Muslims had access to many Greek manuscripts and to Aristotle long before the West, yet were inhibited by their deterministic religion from allowing scientific thought to flourish.

Was it simply coincidental that the explosion of scientific thinking and discoveries followed the Renaissance and the 16th century Reformation in Europe? Or can we discover a link between the recovery of biblical truths and the blossoming of science and technology? Why were the vast majority of scientific inventions since the early 17th century originated by Europeans and their ‘offspring’? Why did 97% of the Nobel Prize winners for natural science from 1901-1990 have Judaic-Christian backgrounds, as noted in research by American economist, John Hulley: 64% Protestant, 22% Jewish, 11% Catholic?

Could it be because the biblical worldview provided the cornerstone premises for modern science, as follows? One, the natural world is real. Two, the human mind is capable of knowing its true nature. Three, nature is unified and its components are related through cause and effect. And four (on which the previous three are based), there is a rational God who is distinct from the cosmos which he created and sustains.

The declaration by this intelligent, purposeful Creator that his creation was ‘very good’ assured that the physical universe operated under reliable laws which humans could discover. The spiritual world and the material world could therefore work together in harmony.

This was the mindset of the vast majority of the pioneers of modern science, including pre-Reformation scholars as early as the 13th century Franciscan monk Roger Bacon. He challenged the dominant Aristotelian thinking in his own Catholic church. Like fellow Catholics Copernicus and Galileo three centuries later, he was strongly opposed by his own religious leaders for proposing rational investigation through observation and experimentation of God’s creation, his Book of Works.

The Royal Society of London for Improving Natural Knowledge, founded in 1660, became a prestigious organisation promoting scientific advance. Inspired by Comenius, the Moravian bishop and educationalist, the society grew out of informal meetings at Gresham College, a Puritan institution, with seven Puritans among the ten original member scientists.

Newton, one of the greatest scientists of all times, actually wrote more about theology than about science (although his science was arguably better than his theology). Kepler, who studied for the Lutheran ministry, described his work as ‘thinking God’s thoughts after him’. Pascal, who had a divine encounter in a ‘night of fire’ and wrote the classical devotional Pensées, is famous for his argument called ‘Pascal’s wager’: ‘If I believe in God and life after death and you do not, and if there is no God, we both lose when we die. However, if there is a God, you still lose and I gain everything.’

Lord Kelvin, of the Kelvin scale which measures absolute zero, wrote: ‘If you think strongly enough you will be forced by science to the belief in God.’

If we ‘think strongly enough’, we are forced to concede that modern science was indeed born out of the biblical worldview. And that’s no myth.

Politics, as everybody ‘knows’, is a dirty business. No place for Christians, so the argument…