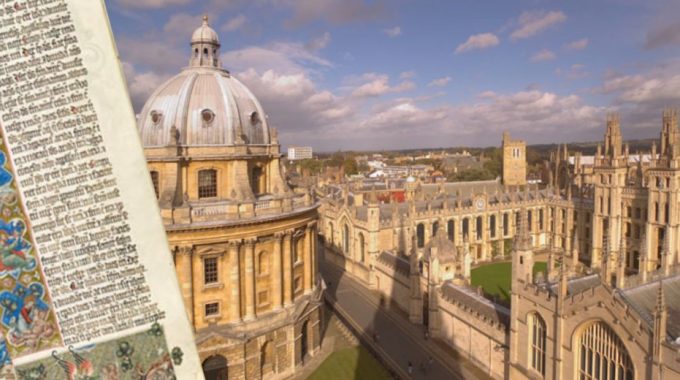 Education today is widely considered the domain of secular governments. Compulsory and universal education is simply taken for granted. But how did these ideas develop? And what role did the Bible play in laying the foundations for education as we know it today?

The first human society to value education for all was the newly liberated nation of Israel, as we read in the Torah, the books of Moses: ‘Teach (these words) diligently to your children’ – (Deuteronomy 6:6). Israel thus became the world’s first fully literate society, a rich heritage reflected in the hugely disproportionate Jewish contribution to so many fields of knowledge still today.

With its Jewish roots, early Christianity also stressed the role of teaching both in church matters and in daily living. While Greece and Rome certainly produced outstanding thinkers and teachers, education was reserved for upper classes and males. Christians, who became known as ‘the people of the Book’, opened teaching sessions to both girls and boys. Catechetical schools, where both men and women were instructed through oral question and answer sessions, spread to Rome, Ephesus and Alexandria, associated with outstanding early church fathers like Clement, Origen and Athanasius. In addition to Christian doctrine, these schools began teaching mathematics, medicine and grammar. By the early fifth century, Augustine of Hippo could say that Christian women were often better informed in spiritual matters than male pagan philosophers.

Episcopal schools developed later in the first millennium, embedding the classical curriculum into a Christian theological framework, at least for trainee priests and civil servants. Charlemagne appointed the Anglo-Celtic monk, Alcuin of York, to promote education throughout the Holy Roman Empire in the early 9th century, a short-lived experiment which yet pointed to things to come.

Monasteries spreading from Egypt through Gaul to Ireland and back onto mainland Europe rescued priceless manuscripts from the barbarian devastation. From their scriptoria and libraries, Irish scholar monks introduced understanding and knowledge to Europe’s newly converted peoples, and became known as ‘disciplers of kings and teachers of nations’.

Europe’s universities developed from the monasteries, firstly in Bologna and Paris, then in Oxford and Cambridge (late 12th and early 13th centuries). Official titles–like provost, dean, and proctor–, academic gowns, college architecture and chapel services are all reminders of the monastic origins of the university. Oxford’s motto to this day is: Dominus illuminatio mea (The Lord is my light, Ps 27.)

Johan Cele of the Brothers of the Common Life started schools for both poor and rich in Zwolle and Deventer, the intellectual axis of Northern Europe prior to the Reformation. These schools were considered the best anywhere in the world. Insisting education was essentially about norms and values, not facts and figures, Cele developed the gymnasium style of high school which was to spread through Germany and France (college). Radical innovations included setting pupils in classes according to age, examinations, and the mentoring of younger pupils by the older ones. Thomas a Kempis, Pope Adrianus and Erasmus attended these schools.

Reformers like Luther and Calvin insisted on making the Bible available for all, something feared (not unreasonably) by the Catholic hierarchy of the time as an invitation for anarchy. The reformers wanted the people not only to understand the Bible but also God’s book of works, creation. They also championed education for boys and girls of all classes, and argued for tax-supported public schools. This led respectively to the Deutsche Volkschule (German public school) and the Geneva Academy, an institution far ahead of its time and a model for schools in Scotland, the Netherlands and America.

Jan Amos Comenius, called the ‘father of modern education’, was a bishop in the Ancient Moravian Church, his pedagogy being inspired by his Christian worldview. All knowledge was God’s truth. Education should be universal. Schools were ‘workshops of humanity’. Lessons should be drawn from God’s creation. Comenius developed the world’s first picture book for children.

Friedrich Froebel, son of a German Lutheran pastor, developed the kindergarten as a space where  young children would be nurtured like plants in a garden–a concept now spread throughout the industrialised world.

In England, Robert Raikes started Sunday schools to offer education for children on the only day when they were not working in the mines, fields and factories. This movement spread quickly across the nation and was teaching the Bible and reading to a quarter of the nation’s children at its peak. It prepared for the introduction in 1870 of laws providing education for all in England, championed by the Quaker, William Forster.

Frankly, it’s hard to imagine what education would look like today without the all-pervasive influence of the Bible.

Jesus and the Qur’an

The New Year is the time for making resolutions and setting goals. So, here’s my…