skip to Main Content
The Schuman Centre for European Studies

is a virtual, interdisciplinary network with associates in the Netherlands, Romania, Finland and Latvia. The centre strives to ‘jog memories’, ‘stir consciences’ and ‘awaken imaginations’ concerning Europe and her Christian heritage. Through courses, events, tours and publications, the centre promotes biblical perspectives on Europe’s past, present and future, informing effective social, cultural and spiritual engagement towards a society based on biblical values.

‘Europe’ is much broader than the current membership of the European Union. For the purposes of this centre, Europe is defined as those countries east of the Atlantic, north of Africa and west of the Ural Mountains, including Georgia and Armenia.

The centre is named after Robert Schuman, the French Foreign Minister who on May 9 1950 tabled his plan for the European Coal and Steel Community as a first step towards a united Europe. This date is the official birth date of the European project which has led to today’s European Union. Robert Schuman is therefore considered the ‘father’ of today’s EU. 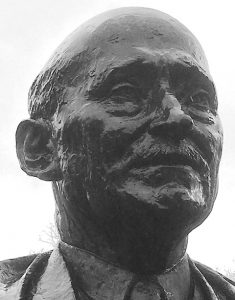 Yet Schuman’s vision for Europe was for a ‘community of peoples’ deeply rooted in Christian values’. He and his German colleague Konrad Adenauer, both devout believers, spoke of the providential opportunity they had to rebuild Europe on Christian foundations.

These origins of this great political experiment that has irreversibly changed the lives of Europeans have been forgotten or ignored in secularised accounts of EU history. In recent years, Schuman’s fellow countrymen resisted mention of Christian roots in the proposed EU constitution, in the name of laïcité, a uniquely French approach to the separation of church and state.

See video on the Schuman Declaration

The Schuman Centre at a glance: 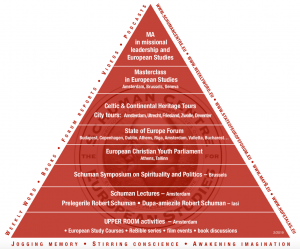 The Schuman Centre for European Studies operates under the legal and financial umbrella of Stichting Youth With A Mission, the Netherlands and has no separate legal entity.

Note: The centre should not be confused with the following institutions: 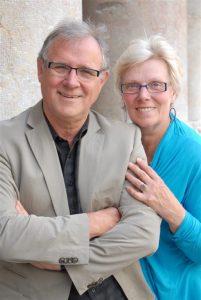 Jeff & Romkje Fountain are the initiators of the Schuman Centre for European Studies. They moved to Amsterdam in December 2017 after living in the Dutch countryside for over 40 years engaged with the YWAM Heidebeek training centre. Romkje was founder of YWAM The Netherlands and chaired the national board until 2013. Jeff was YWAM Europe director for 20 years, until 2009. Jeff chaired the annual Hope for Europe Round Table until 2015, while Romkje chaired the Women in Leadership network until recently. Jeff is author of Living as People of Hope, Deeply Rooted and other titles (see shop), and also writes weekly word, a weekly column on issues relating to Europe. Romkje co-leads the Heritage Tours with Jeff and assists in event management. They have three married sons, and seven grandchildren. 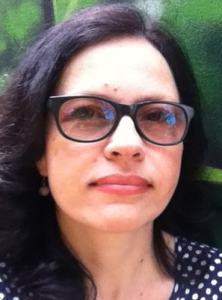 Ineta Lansdowne (Rīga, Latvia), Ineta worked in missions and community development in Southeast Asia from 2004-2016. She completed a course in Reconciliation and Justice Studies in England and has focused on international and interfaith relations in the global and European context. She has participated in various peace building projects in England, Latvia, Thailand, Myanmar. She also writes articles for the Schuman Centre as well as for her weekly blog peaceroads.com. Currently she is pursuing studies in Theology and World Religions at University of Latvia.

Mari Blaj (Iasi, Romania): Mari holds a degree in Linguistics from the Faculty of Letters and did a master in Mediterranean Culture and Civilization at the Faculty of History, State Univ. of Iasi. In between she also studied Christian Worldview at the College of Humanities and Intl Studies, Univ. of the Nations, Switzerland. Mari worked in publishing before joining the faculty of the College of Humanities and Intl Studies from U. of N. where she teaches causes of poverty and introduction to biblical worldview. The last 15 years she spoke and thought in several countries on 4 continents, from Saint Petersburg to Santiago de Chile, from Prague to Erevan and Bombay. She also served in humanitarian projects in Africa (Mali, 2000 and Tanzania, 2012, 2013, and 2014). 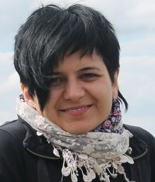 Lavinia Besliu (Iasi, Romania): Lavi has a degree in history and a MD in Intl Relationships at the State Univ. of Iasi, Romania. In 2010-2011 she studied Cultural Studies and Comparative Religious at the College of Humanities and Intl Studies, UofN. The last few years Lavi had been trained in oral history through the Institute of Oral History in Cluj. After her training at UofN she joined ywam Iasi as part-time staff. Lavi keeps teaching history in one of the most appreciated high schools in the city, Richard Wumbrandt College. From 2012 she and Mari initiated the Romanian office of SCES. Besides working with SCES as researcher, she was and still is involved in several research projects using oral history methodology, both in Romania and in North Africa, focused on communism and post-communism, as well as European values in Muslim countries. 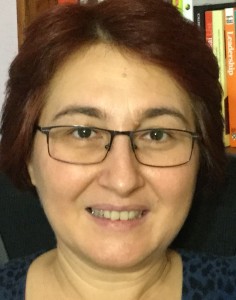 Laura Mihaly (Cluj-Napoça, Romania) is married to Florin and has two children: Sergiu (11) and Andrei (6). Together with her husband she is pioneering a new ministry in Cluj-Napoca, to train Christian leaders living out biblical values in different spheres of society. She teaches in YWAM schools, runs programmes of serving in local public schools and leads a youth group in the local church. Her late interests are in oral history. 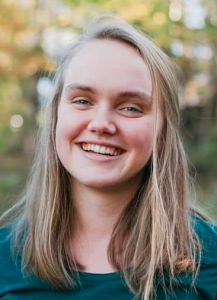 Alyssa Leiding (Amsterdam, Netherlands). Originally from Canada, she has been involved in YWAM for a total of 4 years, taking her Discipleship Training School in England and later coming back to Europe to join YWAM in Skien (Norway), where she has been living for the past two years. Alyssa has been on several mission trips around the world, but Europe has found a special place in her heart. Alyssa longs to see God’s truth affect every area of society and for each and every person to come to know and believe in who God has created them to be. Currently, Alyssa is working with the Schuman Centre as an intern for Jeff Fountain. She works alongside him as a personal assistant. She assists in the preparation of events and courses with the Schuman Centre and attends these events around Europe throughout the year as well as many other practical things.

Evert and his wife Yanna are Dutch but have lived in southern France for many years engaged in church planting and academic work. Evert is professor of Religious Studies and Missiology at the Evangelical Theological Faculty in Heverlee, Leuven, Belgium. His book Europe and the Gospel offers an overview of the origins and nature of Europe, relating contemporary European developments to the formative influence of Christianity. The paradox of Europe, he states, is that it is the continent most shaped by the Bible, but also by the rejection of the Bible and its message. Evert has taught the Masterclass with Jeff in Amsterdam, Geneva and Brussels, and has contributed regularly to the State of Europe Forum.

How can you be involved?

Staff are full-time YWAM personnel, while associates can be part-time non-affiliated volunteers, or affiliated with other organisations or movements. We are building a new team and looking for staff and associates to help with organising, publicity, financial management, writing, website management, and event management. Contact jeff@schumancentre.eu