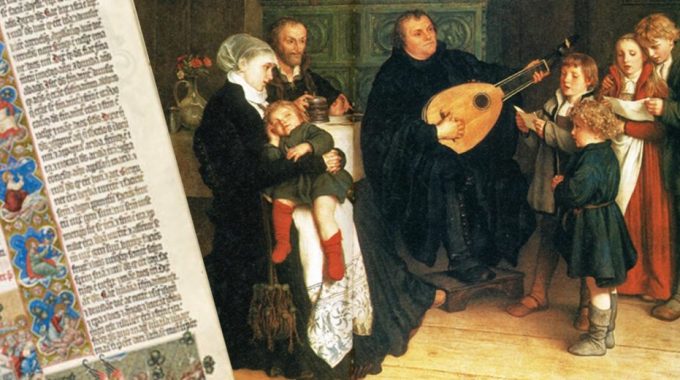 Families and marriages have existed since the start of human history, long before the Bible evolved. Yet the influence of this one book on the concept of marriage and the family relationships that resulted far outweighs any other source over the past 2000 years.

The Ten Commandments urged the honouring of one’s parents, and forbade adultery and the coveting of one’s neighbour’s wife. Yet Old Testament society was certainly not free of moral failures, as anyone familiar with the stories of Abraham, David or Solomon would know. Polygamy also was widely accepted within Jewish society.

Nevertheless, Israel’s moral standards shaped by the Mosaic laws distinguished it sharply from the surrounding nations which practiced widespread temple prostitution involving both sexes. Sexual mores in both Greece and Rome condoned practices from the top levels of society to the lowest involving various combinations and permutations of gender, humans and animals.

Greek mentors, for example, were expected to initiate sexual relationships with their young male mentorees. Romans detested marriage as a disagreeable necessity. Artwork on classical pottery and excavations at sites such as Pompeii reveal an obsession with phallic imagery and varieties of sexual activity.

Early Christians, firmly rooted in the Jewish tradition of hesed (faithful love) and in obedience to Jesus’ teaching to love God and neighbour as oneself, became a counter-cultural influence in their rejection of divorce, incest, polygamy, infidelity, homosexuality, infanticide and abortion.

The 2nd century Epistle to Diognetus described Christians as having ‘a common table but not a common bed’. Classical historian Edward Gibbon, no great friend of Christianity, nevertheless concluded that ‘the dignity of marriage was restored by the Christians’.

Christian ethics of agape (unconditional love) and of moral equality as expounded by Paul led to mutuality in marriage, understood in terms of a monogamous lifelong relationship between a man and a woman. Adultery, derived from the Latin adulterare, meaning ‘to corrupt’, compromised the integrity of the relationship and corrupted the trust essential for both marriage and family to flourish. Yet in patriarchal societies, adultery was defined in terms of a woman’s marital status, not the man’s. When did we ever hear of the man caught in adultery?

The New Testament taught that marriage foreshadowed the relationship between Jesus and his bride, the Church; that husbands should loves their wives as Christ loved the Church (a very high standard!); and that marriage meant that a man and a woman became one flesh, the creation of a new identity. The human body was also to be the temple of the Holy Spirit, and thus should be kept holy and not defiled through sexual or other impurity.

When Christianity was embraced by the Roman Empire, social mores began to change. Yet when the empire collapsed and the Roman Church became its institutional heir, extra-biblical ideas began to undermine marriage, family and the role of women. The cult of virginity and the elevation of monastic celibacy as a superior spirituality affected attitudes to family and marriage.

Nevertheless Christianity’s influence on the family was to affirm both the nuclear and extended family structure as the first school of character, yet at the same time to liberate the individual from absolute subservience to family loyalty and a tribal mentality.

The Reformation restored an emphasis on what the Bible–rather than the Church–said about marriage, sexuality and the family. Martin Luther’s ‘scandalous’ marriage to the ex-nun Katharina von Bora modelled married spiritual leadership to the Germanic peoples for the first time (see picture).

John Calvin’s methodical teaching on marriage and family spread from Geneva to other European countries and later America, stressing marriage as a covenant between a man and a woman made before God, the church, the state, family, friends and society–not an exclusive sacrament of the Church.

The fruit of these ideas in the newly formed United States greatly impressed the French magistrate Alexis de Tocqueville, raised in the aftermath of the French Revolution and the Enlightenment. Protestant teaching in America, he observed, had resulted in a very free constitution, a very democratic society, remarkable freedom for single women and marriage as a most respected institution, the source of ‘the highest and truest conception of conjugal happiness’. Morality bred freedom, he noted, and freedom reinforced morality.

As it comes to family values, Europeans come out surprisingly conservative. ‘Married-with-children’ is the preferred lifestyle for an overwhelming majority, despite the liberating sixties, emancipation and individualization.

When we compare these attitudes with those of Greek and Roman times, we see just how profound the influence of the Bible on ideas of family and marriage has been over two millennia.

This time last week no-one knew who the new pope would be. Suddenly on Tuesday…

Almost everywhere in Europe, you can trace the footprints of faithful minorities who dedicated their…