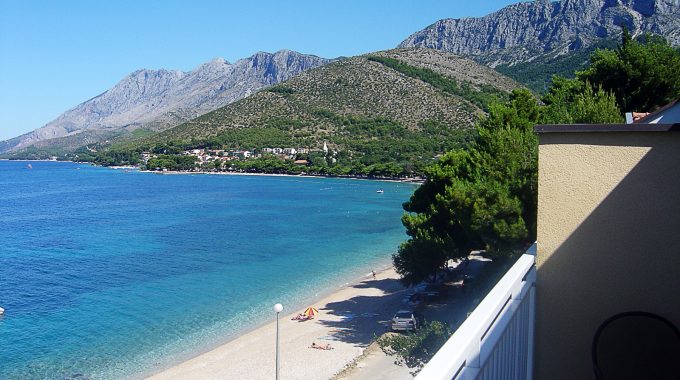 In this second stage of a miniseries in which we explore what God has done in Croatia, we will discover some of the spiritual roots for these struggles, as well as the amazing work of God there in the midst of these conflicts.

In this episode, we will visit a little town in Southern Dalmatia called Zaostrog. It is located by the Adriatic Sea and lies at 13 km from the border with Bosnia Herzegovina. However, to reach the border by road, the distance is tripled because of the mountains.

In Zaostrog the mountains and the sea offer a breath-taking view. There are holiday apartments, hotels and restaurants. And as we walk on the road along the beach we soon discover an archway atthe entry to a Franciscan monastery named St. Mary’s. As we will soon discover, this cloister is a crucial testimony to the work of God here in Mediaeval times. But firstly, let’s look at what happened in the Balkan peninsula during the Middle Ages.

After the Great Schism between the Roman Catholic and the Orthodox Church in 1054, a dividing line separated Europe into two spheres of influence. This line crossed through the Balkans: Serbia fell under the influence of the Orthodox Church while Croatia became Catholic. And between the two, the land of Bosnia remained untouched, probably because of its remote location. Nevertheless, the historical developments in Bosnia would later have a huge influence on the Balkan peninsula.

Officially Bosnia belonged to the Roman Catholic Church, but in practice it was absent. Nevertheless, Bosnia was not left with a spiritual vacuum, as an independent church arose there before the 12thcentury. Modern scholars do not agree on what the Bosnian church actually believed. It seems, however, that it had adopted a heresy called Bogomilism, which probably came from Macedonia.

In the 13thcentury, Rome was determined to erase the heresy manu militari. So the Pope asked the kings of France and of Hungary to engage in crusades in Southern France and in Bosnia respectively. Although the plan succeeded in France, the crusade failed in Bosnia. This left the Catholic Church in a difficult position in the Balkans.

The beginning of a solution came through a new monastic movement founded a decade earlier by a friar named Giovanni di Pietro di Bernardone, better known as Francis of Assisi. The Franciscan movement was dedicated to poverty, and one of its main purposes was to serve people through works of compassion.

The Franciscans spread quickly beyond Assisi. And in the 1220s, the first monks arrived in Croatia and in Bosnia. The movement quickly took root here. Their humble attitude of service even granted them the respect of their Bosnian enemies.

More than two centuries later, the Franciscans were well established in the Balkans. However, this situation was rocked by the arrival of the Muslim Turks. They began to progress into Europe, quickly invading Bosnia which was still weakened by the dissensions between the Catholic and the Bosnian Church.

This brings us to this cloister in Zaostrog.

The monastery here was founded in the fourteenth century by the Augustinian order. A century later, the Muslims who had just invaded Bosnia began their intrusions into Croatia. During one of these attacks, the Augustinians abandoned the monastery to find security elsewhere. The population of Zaostrog, which had begun to live around the monastery, was now left helpless.

Unlike the Augustinians, the Franciscan order in Croatia and Bosnia decided to stay among the people. In Zaostrog a group of Franciscans took over the abandoned cloister and continued to serve the community. Soon, the parishioners of the neighbouring town of Makarska came to beg the monks to serve in their abandoned church as well. With time, most of the parishes and monasteries in the country were taken over by the Franciscans.

Thankfully, the Turks never fully took control of Croatia. And it was the steadfastness of the Franciscans that helped the people to remain in touch with Christianity even in these unstable times. In Bosnia however, where the Turks ruled for four centuries, the Franciscans faced more persecutions and became isolated from their brothers in Croatia. As a result, many Bosnians converted to Islam, a situation that has lasted to this day.

Finally, let me finish by quoting a ruler of the Republic of Ragusa (today Dubrovnik). His words help us realise the amazing influence of the Franciscans in Croatia:

“I was able to note the great influence of the Franciscans in Dalmatia. These friars, very enlightened, and infinitely superior in every aspect to the rest of the clergy in the province, live in eleven monasteries. Charitable, zealous in the exercise of their duty, they work for the needs of a great number. Nothing was more useful but to have them with us, to welcome them as friends was like giving the government all its moral strength…”