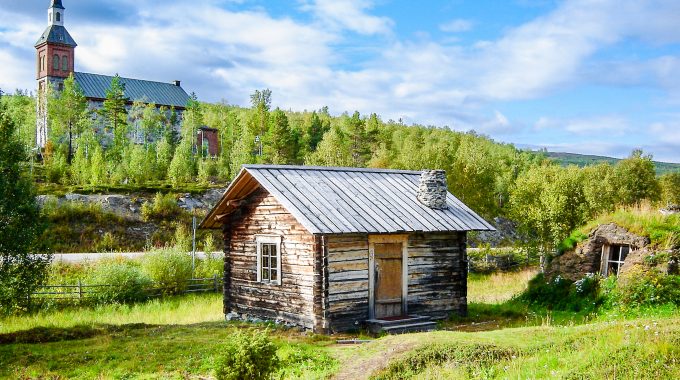 To mark the fiftieth stage of a European Journey, we will visit the most northern location so far.

The North of Finland is one of the least populated areas in Europe. The Sámi people live there and form a nation of their own, with a distinctive culture and language. And yet, even here, the Gospel brought a significant transformation to the people and the land.

In most maps, the place we will visit is written in Finnish as Utsjoki. But this location also bears other names in several other languages: Ohcejohka in Northern Sami, Uccjuuhâ in Inari Sami, Uccjokk in Skolt Sami or Utsjok in Norwegian. Two reasons explain the many names. Firstly, this little village is located along the river Teno, which also forms the border with Norway. Secondly, the names in the Sami languages show that we are in a place where the proportion of native-speakers of Sámi nearly equals that of native-speakers of Finnish. But, since we are in the heart of Sápmi, the land of the Sámi people, I will use the Sáminame Ohcejohka.

Ohcejohka is surrounded by hills covered with fir trees, and it is very isolated. The closest towns are Karasjok (in Norway) and Inari, both around 120 km away. The main centre of Ohcejohka is near the Sámi bridge crossing the river. From there, we will take the road 4, the longest road which crosses the whole of Finland from North to South, and stop five kilometres further, near a lake called Máttajávri in Northern Sami or Mantojärvi in Finnish.

There are two sights to visit here. On the right side of the road, there is a hill on top of which we find a stone church. And on the left side, just at the shore of the lake, there are several small wooden huts, simply called the Church’s huts.

The church dates back to the mid-nineteenth century. It replaced another church, built in 1700, which had fallen into disrepair. Today, this church is the northernmost church building of the European Union. As for the Church’s huts, the first ones appeared here shortly after the first church was built, which means at the beginning of the eighteenth century.

The huts give us a glimpse of the past of the Sámi people. Let’s take a closer look into their history.

The population of the Sámi amounts to approximately 100 000 people across Northern Norway, Sweden and Finland, as well as the Kola Peninsula in Russia. Contrary to other Nordic people, the Sámi were mainly nomadic in the past, and their main activity was reindeer herding, which is still practiced to this day.

Because of their remote location, the Sámi people were among the last in Europe to hear the Gospel. Up until the beginning of the sixteenth century, their main religion was shamanism.

Before the Reformation the Roman Catholic Church established the first two parishes in Tornio and Kemi, in what was called Lapland at the time. The missionary endeavour began under the Swedish king Gustav Vasa, when he adopted the Reformation in his country. And very soon, the majority of the Sámi people was baptised in the Christian faith.

As we saw during a previous episode, the main concern of the church after the Reformation was to spread literacy and education among the common people, so that they could read and learn the Word of God in their own language.

Thus it is not surprising that literature began to develop in the Sámi language. The first ABC grammar book was published in the beginning of the 17th century. Then a church service book, containing Luther’s catechism, a hymn book and a prayer book, was published in 1647.

Spreading education was not such a simple matter, however. The Church established the first school in the Sámi language right here in Ohcejohka. But sadly, it closed very quickly. Since the Sámi were spread out across a large area, they needed to travel huge distances to be able to attend school. This was understandably prohibitive for many.

The church in Norway had also struggled with the same problem. To solve this issue,  they developed a system where itinerant teachers called catechists moved among the Sámi people. This system was successful and thus it was adopted here too.

These itinerant catechists were of Sámi origin. They were trained from childhood by a Lutheran priest and were funded by the state. When they were ready to teach, they were sent from home to home across Lapland to instruct the people in reading and learning the catechism. This network of teachers deeply transformed the Sámi nation, raising the level of education and knowledge of God’s Word. This system of itinerant catechists was still used in the 20th century.

Let’s return to the church’s huts. Why were they built ?

Since the people had to travel long distances to attend church services in Ohcejohka, some families began to build huts near the church to stay overnight. Soon these huts multiplied and became meeting places for various purposes, including trade or legal issues. Today, some of these huts have been kept as a museum.

In this miniseries dedicated to Finland, we have seen a glimpse of how the Gospel has influenced every area of society, even reaching the most remote corners of the land. Since the Gospel has brought so much good to Finland in the past, it could definitely shape its future as well.