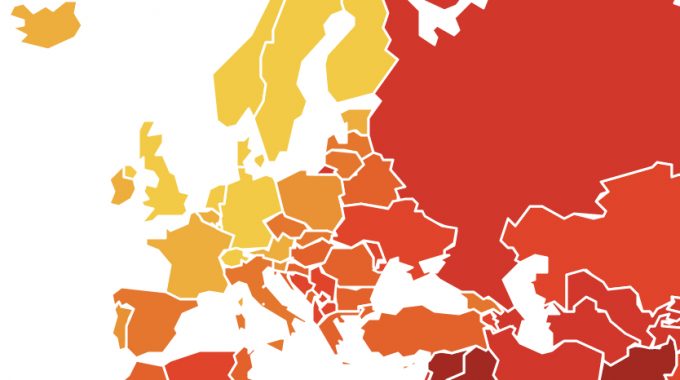 Romania’s presidency of the Council of the European Union comes at an awkward time. Brexit looms in a matter of weeks. Populist parties threaten to gain seats in European Parliament elections in May. Sharp differences separate east and west on migration policies. Romania’s Justice Minister has drafted an emergency decree to allow politicians to overturn corruption convictions, including the head of the country’s biggest political party.

None of which particularly contributes to a climate of optimism.

Yet Romania’s presidency–from January to June of this year–offers the chance for better East-West understanding among Christians concerned with the future of Europe. Preparations are well under way for The State of Europe Forum to be held in Bucharest on or around Europe Day, May 9. I will shortly visit the Romanian capital again for the third time this year to finalise the venues, speakers and exact dates.

The forum is an annual event we as the Schuman Centre have organised since 2011 in the capital of the country holding the presidency, starting with Budapest through to Valletta in 2017 (See www.stateofeuropeforum.eu). Published reports of the last four forums are available and cover a wide range of topics with input from experienced practitioners. The forum aims to promote biblical perspectives in the discussions among the participants who will represent a broad spectrum of Christian backgrounds and disciplines from across Europe.

Organising the forum in a new country each year is a challenge. We start from scratch each time. We have to build new relationships with leaders in church, business, education, politics and media. We have to find new appropriate locations for the opening public event (a cathedral, historic church or a prestigious cultural centre) and for the forum itself for plenaries and seminars. We have to negotiate the minefield of political sensitivities and church politics to connect with the right people, those with a passion to see God’s purposes promoted in society.

The Bucharest forum confronts us in the west with our lack of understanding of the background of our fellow Europeans from the east. Western ignorance of the legacy of Byzantium, followed by the Ottoman occupation and then decades of communism, as well as assumptions of cultural superiority of secular liberalism lead to much misunderstanding concerning the politics of sexuality and migration issues. Westerners tend to assume all Europeans have experienced and embraced the cultural revolution of the ’60’s. Often western bureaucrats show little sensitivity towards those still emerging from the post-soviet era, in their expectations that all should embrace secular liberal norms, disguised as ‘European values’.

The speed at which the EU enlarged in recent years to include many post-communist countries outstripped the west’s understanding of their new fellow members. While France and Germany experienced an essential phase of forgiveness and reconciliation after the war, enabling the European project to be launched, under communism the east did not. The swamp of corruption was never properly drained. There was no equivalent of South Africa’s Truth and Reconciliation Commission in post-communist Europe.

We need a framework like the forum to listen, to learn, to dialogue. While both eastern and western European nations have Christian roots, do they share the same values? What are the commonalities and differences?

Last week in Bucharest, I asked a former cabinet minister who plans to be part of the forum why he thought The Corruptions Perceptions Index tended to rank Protestant and Catholic countries as less corrupt than Orthodox lands (see map above – the lighter the colour, the less the corruption). While Western Europe and the EU averaged a score of 66 out of 100, Romania (47), Greece (45) and Bulgaria (42) scored much lower. An active Orthodox believer, his answer was that, although correlation did not necessarily suggest causality, western theology had been influenced more by Aristolean rational philosophy, while eastern theology was more Platonic and mystical. Orthodoxy did not therefore focus on life in the here and now. Western theology, and particularly Protestant theology with its emphasis on personal conscience and responsibility, laid foundations for less corruption.

Understanding Europe east and west requires an understanding of roots and history, too often lacking in the prevailing short-term, present-focused secular perspective. We agreed this would be an important panel discussion to hold during the forum.

While so much present attention is being given to Brexit and its effects, one result will be an eastwards shift of the centre of gravity within the EU. Romania wants to use its presidency to further the accession of Albania and the newly renamed Northern Macedonia to the EU. Further east still, Eastern partnership nations, including Georgia, Ukraine, Azerbaijan and Moldova (the so-called GUAM nations), are also knocking on the EU door.

It’s time we worked on better East-West understanding. The forum will be a good place to start.

The theology of pilgrimage

HOW SHOULD WE RELATE TO CHRISTIANS OF OTHER TRADITIONS THAN OUR OWN? Over the past…

JOHN CLARK (1933-2004) WAS ONE OF THOSE QUIET, UNASSUMING, GENTLE PEOPLE whose impact on others…

Driving across the border between Scotland and England on the east coast, we caught our…