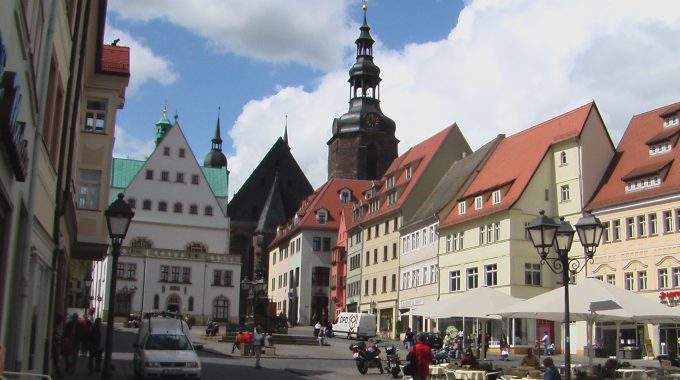 The Protestant Reformation in the sixteenth century was a theological movement which brought a radical transformation in every area of society, first in Northern Europe and later all over the world. One of the main actors of the Reformation was obviously Martin Luther.

It is not possible to understand the Protestant Reformation without learning about Luther’s life. This was what the famous nineteenth century Swiss historian, Jean-Henri Merle d’Aubigné, believed when he wrote about the History of the Reformation:

The knowledge of the Reformation effected in the heart of Luther himself is, in truth, the key to the Reformation of the Church. It isonly by studying the work in the individual, that we can comprehend the general work. They who neglect the former, will know but the form and exterior signs of the latter. They may gain knowledge of certain events and results, but they will never comprehend the intrinsic nature of that renovation for the principle of life that was the soul of it will remain unknown to them.

With Merle d’Aubigné’s comment in mind, let us visit some of the places that influenced the life of the German reformer.

Today, we will start with the birthplace of Martin Luther. It is a small town called Eisleben in the German region of Saxony, located 70 km West from Leipzig and 80 km South from Magdeburg. Since Eisleben is also the place where Martin Luther died, there are actually two museums here dedicated to the father of the Protestant Reformation, one in the house of his birth and the other in the house of his death.

The birth house of Martin Luther is actually located on a street named Lutherstrasse. The current house was built at the end of the 17thcentury, more than two hundred years after Martin Luther’s birth. And actually this house is now a witness not only to the birth of Martin Luther, but also to one of the major fruits that the Protestant Reformation brought to Europe.

But before we talk about the fruit, let’s first explore who Martin Luther’s parents were and which events surrounded his birth.

Both of Martin Luther’s parents, Margaret and Hans, were very pious Christian believers. Hans Luther wasborn to a family of farmers from Möhra, a small village near Eisenach, where Johann Sebastian Bach would later be born (stage 16). Luther’s mother, born Margaret Lindemann, was from Bad Neustadt an der Saale, which is about seventy kilometres South from Möhra.

Shortly after their wedding in Eisenach, Hans’ father passed away. And since he was not the oldest son of the family, Hans Luther did not inherit the farm. Instead of choosing to work for his brother, Hans chose to find a job in the mines surrounding the town of Eisleben. So soon after Hans and Margaret had settled in this town, Margaret gave birth to a son, on the 10th of November 1483.

The following day, Hans and Margaret walked to the St.Petri-Pauli Kirche (Church of St. Peter and St. Paul), further down the road, to baptise the little boy. As it was customary at the time, the boy received his name on the day of baptism. And since the 11th of November was St. Martin’s day, the boy was named Martin, in honour of the famous bishop of Tours.

Even though Hans Luther had the reputation of a diligent and trustworthy worker, his professional life didn’t succeed as well as he had hoped in the town. And so, only six months later, the couple and baby Martin left Eisleben and moved to the nearby locality of Mansfeld.

More than two hundred years after the birth of Martin Luther, the house in Eisleben was totally destroyed by a fire. Very quickly, the city council decided to rebuild the house to preserve the memory of the Reformer. However, they didn’t want to turn this house into a mere memorial to Luther. Instead, they decided to also establish a free school as well as a centre of almsgiving for the poor there.

The establishment of a free school for the poor sheds light on one of the fruits of the Protestant Reformation, which is making education available to all. But why did the Reformers have such an emphasis on education?

One of the core beliefs of the Reformation was Sola Scriptura, in other words, the belief that the Bible was the only authoritative Word of God. Because of this belief, the Reformers understood that all people should be able to read and understand the Bible for themselves. In order to make this possible, not only did they translate the Bible into the language of the people, but they also sought to make education available to all.

The primary objective of education according to the Reformers was to bring people to the knowledge of God. This is why the school in Eisleben taught basic skills, such as reading, writing and arithmetic. But most importantly, the school taught the Small Catechism of Martin Luther, which provided the pupils with the knowledge of God, with the understanding of God as Creator of all things, and with moral character necessary for the building of a healthy society.

Sadly, in most Western countries the current educational system is fairly disconnected from its Biblical foundations, and thus fails to provide these basic building blocks that are fundamental for our nations. In light of this, Martin Luther’s birth house is both a reminder of the Biblical roots of education and a call to return our educational system back to God.

https://soundcloud.com/aeuropeanjourney/a-european-journey-8-plovdiv-bulgaria After Liège last week, we now travel 2000 km down to the Balkans, to…