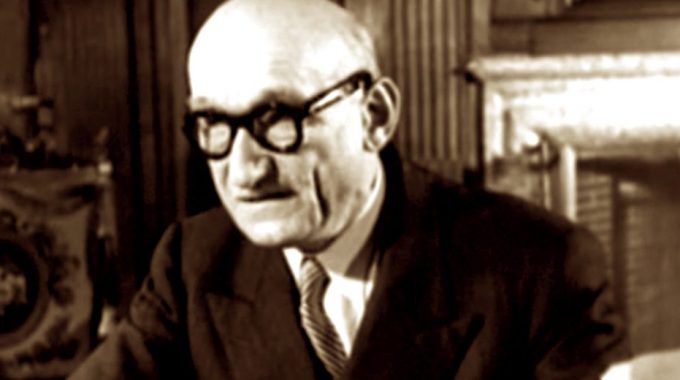 ‘Birth’ was commemorated in diverse ways this weekend.

Yesterday, Mothers Day, we honoured those who birthed us with flowers, cards, gifts and skyped messages of appreciation. Saturday was Europe Day, the 70th anniversary of the event which birthed the movement for European unity and peace, recognised in Brussels but only patchily across the 27 member states of the European Union. Merging the two occasions was the (week-early) arrival in the wee hours of Europe Day of our eighth grandchild, a healthy little girl: Norah.

Romkje and I had planned to be in Zagreb this weekend for the State of Europe Forum. Thanks to the corona crisis, we were home in the Netherlands for this family event. Lockdown has forced us all to find new ways of getting on with the task – in our case in the Schuman Centre for European Studies, with ‘jogging memories, stirring consciences and awakening imaginations’, as we sometimes describe our work.

With Zagreb cancelled, veteran Italian journalist Salvatore Loria helped us set up an online forum linking politicians, academics and practitioners from Sicily, Finland, The Netherlands, Romania, Austria and Croatia. As with the nine other forums held since 2011 in the capitals of the countries holding the presidency of the EU Council, our goal was firstly to highlight the remarkable birth on May 9, 1950 of the movement which led to the European Union. As we wrote last week, it was a three-minute speech by Robert Schuman, known as the Schuman Declaration, which laid the foundations of the European House in which today half a billion people in twenty-seven nations live together in peace.

After then discussing Europe today in the midst of multiple challenges, we explored the relevance of Schuman’s thinking – largely lost on today’s generation of politicians, let alone the general public – for finding our way forward out of today’s general malaise.

Here was a format, we realised, to engage many more people than have been able to attend our forums until now. So we are announcing the birth of monthly forums called ‘Schuman Talks’, to be held at 6pm on the 9th of each month – reminding us of the Schuman Declaration held at 6pm on the 9th of May. Interviews with leading thinkers, writers and politicians will encourage the recovery of biblical perspectives on Europe’s past, present and future.*

We’re delighted that our first guest on June 9th will be the influential British writer, journalist and BBC broadcaster, Tom Holland, author of books about the Arabs, Persians, Greeks and Romans, and most recently his book ‘Dominion’, about how the Christian faith shaped the west.

Saturday also marked ten years since the birth of the Schuman Centre, on Europe Day in 2010, the 60th anniversary of the Schuman Declaration, in an event held in the Chapel of Europe in Brussels.

What has happened as a result? We deliberately chose to name our centre after the little-known (in most Christian circles) political figure of Robert Schuman. For most, that name conjured up the music of the German composer whose surname was spelt with two ‘n’s. Greater recognition of the Christian influence behind the forgiveness and reconciliation fundamental to the start of the movement of peace and unity, and of the biblical anthropology at the core of Schuman’s political thinking, leading to values of dignity, solidarity and seeking the common good, has been part of the fruit of this decade’s activities.

Christians equipped with biblical perspectives should be at the forefront of such re-imagining forced on us all by the current crisis.

A decade ago, in the Chapel of Europe, we first sang the following words to the tune of Beethoven’s Ode to Joy, words we have often sung in our forums since. We closed Saturday’s forum reading them (coordinating music online is challenging) in prayer for Europe and for ourselves:

Thankfully we come before You, King of nations, Lord above
Grateful for the gift of freedom, and for your redeeming love.
From the shame of human folly You’ve restored our dignity
Granted peace among the nations, Helped us find new unity.

We confess we’ve often wandered from your path of truth and light
Trusted human understanding, set our hopes on mortal might.
Lord, restore us to our senses, bring us back to Father’s heart,
Visit us anew, O Lord, in every nation, every part.

With the vision now before us of a true community
Of all European peoples, rich in our diversity,
Let us pray and work together for our solidarity,
Peace, equality and freedom, rooted in your charity.

On justice and vengeance – s p e c i a l

At the eve of Good Friday, we are republishing Jeff Fountain's weekly word of the…

Why was Charles great?

Tribute to a missionary pioneer