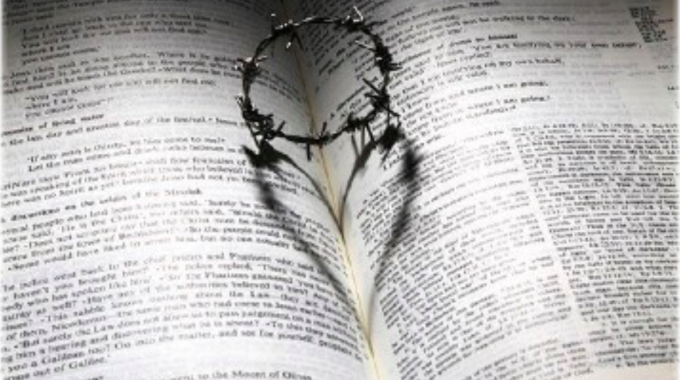 From the Canopy of Prayer

Jesus said “Blessed are you when people insult you, persecute you and falsely say all kinds of evil against you because of me. Rejoice and be glad, because great is your reward inheaven” (Matt. 5:11-12) From the days of the early church, followers of Jesus have faced persecution. Yet we can be confident that a reward will come to those who stand firm to the end. Nevertheless, we would all like to think that, in such times, other people would support us, especially when our very lives or livelihood may be at stake. What, however, has been the response of western nations to cases of the persecution of Christians? And how can we play our part in encouraging our own (often secular) governments to address these issues?

UK Christian politician Jeremy Hunt read Brother Andrew’s book ‘God’s Smuggler’ in his youth. This gave him a lifelong prayerful concern for the persecuted church. So when he found himself appointed UK Foreign Minister in July 2018, it was natural that he should look into what the UK foreign service was doing to help persecuted Christians worldwide. What he discovered made him uncomfortable. There had been very high profile interventions in support of the desperate plight of the Rohingya Muslims in Myanmar (Burma), the Bahai community in Yemen, the Yazidis in Iraq, etc – but there seemed to be a distinct gap in UK diplomatic assistance as far as suffering Christians were concerned. Pressure had also been building up for some time, coming from the UK All Party Parliamentary Group on Freedom of Religion and Belief, and a number of NGOs and Churches had been campaigning for more to be done by the UK Government to assist persecuted Christians.

This pressure came to a head over the case of Asia Bibi, imprisoned on a capital charge of blasphemy in Pakistan. Her supporters and lawyers knew that even if she was acquitted under the official law system in Pakistan, unofficial law in the form of mob justice would nevertheless still pursue her, so they pleaded for a western Government to be willing to take her in and give her asylum. This plea was relayed to the very top, to No 10 Downing Street, but was met with a flat refusal. Britain would not offer sanctuary to Asia Bibi.

Jeremy Hunt’s response was to commission an Independent Review of UK support for persecuted Christians to be led by the Bishop of Truro, who had previously been director of the CMS – the largest Anglican mission society – which gave him global knowledge and connections. A two-part exercise was proposed: (1) gathering evidence as to the extent of the problem, and (2) assessing the response of the UK and other Governments and making recommendations for improvement.

In his statement of 26th December 2018 announcing the Review, Jeremy Hunt identified a number of possible causes for the blind spot for persecuted Christians that his staff seemed to have developed: awkwardness about bringing God into politics, post-colonial guilt, fearfulness of being seen to impose our majority faith on others. He summed them all up as ‘misguided political correctness’ which he wanted his Independent Review to address.

The team appointed by the Bishop of Truro, on which I had the honour to serve, started work on 30th January 2019, produced an interim report with its findings on the nature and extent of the global problem on persecution in April 2019 and its final report with 21 recommendations in July 2019. Both documents are available at https://christianpersecutionreview.org.uk. These recommendations were accepted in full by Jeremy Hunt and have also since been endorsed by the new UK Prime Minister, Boris Johnson, who started implementing them almost immediately on taking office by appointing a new Special Envoy on Freedom of Religion or Belief to head up the process.

Thank God for the actions taken in the UK and in many countries plus the EU and UN to appoint special Envoys for Freedom of Religion and Belief, and pray that more will follow.

Pray that governments would have the courage to act on their findings to offer real support to persecuted Christians.

Pray too for Christian NGOs that seek to keep the issue of the persecution of Christians before our leaders and governments.

January 31st has come and gone and the UK has left the European Union. This, however, is only part of the story; next week sees the start of the far harder Trade talks. Already battle lines are being drawn for this most difficult aspect of the process. So how do we as the body of Christ in Europe uphold our political leaders during the remainder of this transition period, up until the end of the year? Surely it’s no longer “Leave” or “Remain” but “Lord your Kingdom come and to you be the glory.”

1. Pray that the Coronavirus will not spread more widely around the world (pandemic) and pray for healing for those people already infected.

2. Pray for the Greek government as they try to find new solutions to supply proper sanitary conditions for the thousands of migrants who have arrived in the camps there.

Reconciling a Wounded Planet in the Midst of a Pandemic

From Vista Magazine edition 36 I am writing this looking out into my garden. I…

This WW begins a series from Paul‚Äôs time to today via the Moravian church, in…

The tram arrived at our stop in East Berlin. All seventy of us poured out…