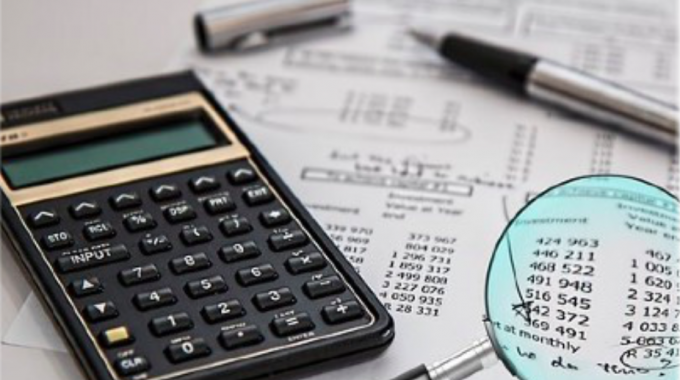 Jesus’s last words on earth before being raised up were “But you will receive power when the Holy Spirit comes on you; and you will be my witnesses in Jerusalem, and in all Judea and Samaria, and to the ends of the earth.” Acts 1:8. However, does “being witnesses” only pertain to His life, death and resurrection? Surely we have a responsibility to maintain a watchful interest in the world around us, to see how it measures up to His ways and standards. We know that as believers that we have all fallen short and need a saviour but how will the world know if we do not remain vigilant to what is going on in society and expose it so that there is room for repentance and the opportunity for a more just society?

My entire career, I experienced friction between the attitude of management and truthful behaviour. It was only after my conversion to Christ that I decided to blow the whistle on the irregularities I encountered at work, which at that time was at the internal audit service of the European Commission. Contrary to what most people think, such irregularities are not limited to the European administration, as they happen everywhere and in every member state. As an elected member of the EC staff representation, then of the EU parliament and active within a Dutch charity protecting whistleblowers, I have seen hundreds of cases of maladministration and misconduct in various member states of the EU.

Contrary to smooth and formal (audit) reports mentioning administrative flaws, whistleblowing is never met with a receptive and constructive attitude. Each time when news breaks on serious misconduct, government organisations dig themselves in; deny everything first, or if no longer possible, look for excuses and present possible scapegoats. Finally, new regulations are forwarded as a guarantee of improvement, although living up to the former standards would have been sufficient to prevent the misconduct.

In many countries, government attitude has led to citizens distrusting their government. This not only causes a serious lack of respect for reputable institutions such as the police, the church and traditional political parties, but also takes the form of ‘yellow vests’ demonstrations (France). During general elections, new movements present themselves as the personification of that distrust and they present radical solutions to remedy government behaviour. Examples are the UK Independence Party, Dutch Forum for Democracy and the 5-Star Movement in Italy. Also presidents Trump (US), Macron (F), prime minister Johnson and Italian strongman Salvini have managed to come into office promising radical solutions to their voters.

4. Aversion towards the EU

A common denominator of such movements in Europe is deeply rooted distrust of the European Union and its institutions. This is the result of decades long Europe-bashing by national politicians, looking for excuses for everything that goes wrong in their own member-states. Also ‘sit on the fence, have it both ways’ policies that are used to shape the European Union, do not improve Europe’s image. For the first time since coming into existence, there is a real chance that the ‘Ever closer European Union’ will morph into a fearful disintegration process.

As Europe wakes this morning, we hear the result of the Election in the UK. Boris Johnson and his Conservative party have gained the majority they sought to proceed with the withdrawal agreement they have negotiated to leave the EU by 31st January 2020. Now starts the long process of negotiating the future trading relationship that the UK and the EU may have at the end of the transition period which is currently anticipated for the end of 2020.

1. Pray for France as it faces ongoing unrest and strikes over the proposed changes to state retirement age and pension rights

2. Pray for Ursula von der Leyen and her new commission team as they seek to find consensus with the national leaders of the EU over proposal for the block to become climate neutral by 2050.

The Canopy of Prayer

An Alternative Vision for Europe

Great things are done when men and mountains meet; this is not done by jostling…

One of the ‘good’ things about our current crisis, I read this week, is that…