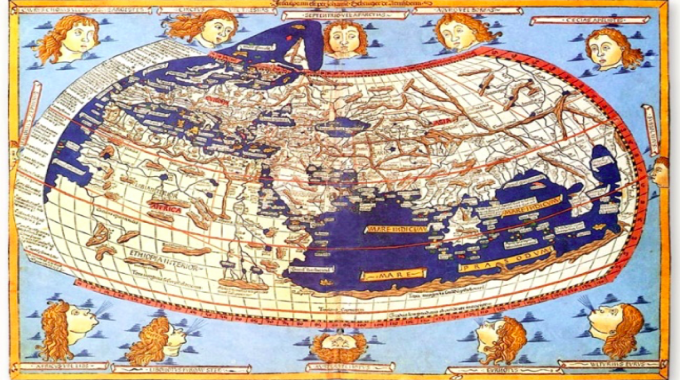 Dr. Evert Van De Poll continues to explore what lies behind the idea of ‘Europe’. This is an excerpt of the future reedition of his book Europe and the Gospel.

For many people in the world, the word ‘Europe’ stands for ‘leading the world’ or ‘global influence’.

In the past, it simply meant ‘power’, ‘domination’ and ‘expansion’. Over the last four centuries, more than 85 percent of the surface of the globe has been ruled by European powers during a certain period of time. Only very few countries have escaped their control.

The present world scene is characterised by what is called globalisation. It should be noted that this process originated in Europe, and that it still bears the marks of this small size continent.  Historians agree that that the first forms of economic globalisation were the Spanish and Portuguese empires in the sixteen centuries, followed by the East and West India Companies of England, the Netherlands and France in the seventeenth and eighteenth centuries.

Of course, there have been other forms of globalisation before that. One thinks of the Hellenistic conquests and the Roman Empire with their cultural and political expansion. Later, the Muslim world expanded its religion and culture to northern Africa and southern and central Asia. But as impressive as these and other empires have been, they are overshadowed by the European expansion that created a network of commerce and exploitation of resources in which the five continents were linked to the rule of one of them.

The current globalisation process really is the continuation and further extension of what began as the global spread of European trade and multinational business, science and technology, transport systems (railways!), languages (English, Spanish, French, Portuguese, Dutch), culture (dress, music, calendar, etc.), educational and administrative systems, political structures (representative and constitutional democracy), and military methods on a worldwide scale. In other words, globalisation is Europe writ large.A striking illustration of the dominant position of Europe is the world map as it is generally drawn. In antiquity and during the Middle Ages, the world that was known consisted of Europe, north Africa and a large part of Asia space. On graphic representations the current Middle East occupies the central place. Jewish scholars often pictured this ‘world’ in the form of three leaves connected to Jerusalem in the middle. The classic example of this ‘view of the world’ was the map of Ptolemeaus, that was widely copied in medieval Europe (see picture above)

In the fifteenth century, cartographers began to draw different world maps, based on the topographical data provided by European sailors, explorers, traders and missionaries who travelled all over the globe. They designed a larger picture of five continents, divided by three great Oceans, with Europe occupying the top centre place. It was surrounded by the rest of the world: by America in the west, Asia in the east, Africa in the south, while the bottom side was occupied by a vast and largely unknown terra australis(southern territory).This new geographical perspective was in perfect keeping with their world view: the Christian continent of Europe was the centre of the world, in a position to influence and dominate the rest. Often, the margins of the maps were illustrated by allegorical figures, that corresponded to continents and oceans. A favourite figure for Europe was that of a virgin queen.

World maps have been based on to this Eurocentric format ever since. Today, this is still customary, even though Europe no longer dominates the world. One can also represent the world with another continent or an ocean in the centre, as is sometimes done, but by and large we stick to the model developed in the sixteenth century. In world cartography, Europe still is the centre of the world. After the Second World War, the impressive colonial empires of the past have shrunk to some small ‘exotic empires’ of a few islands scattered in the oceans here and there or disappeared altogether. The United States have taken over military and political leadership in the world, China and Japan outrank the economies of Germany, Britain and France.

Maybe it does sounds pretentious. But the calling of those who name Jesus…