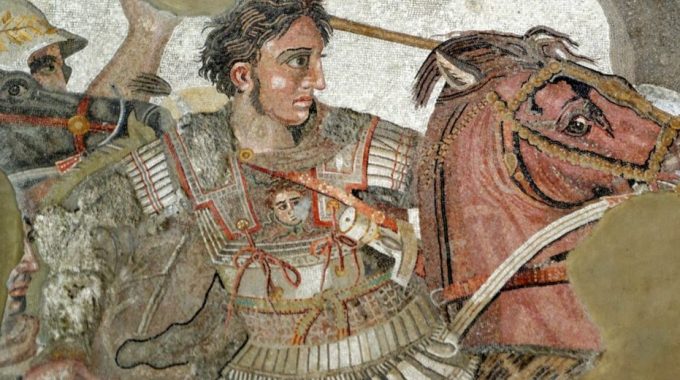 The first intake of students for our new Master’s degree in Missional Leadership and European Studies takes place this coming June, in partnership with ForMission College and Newman University in Birmingham.

Candidates will attend four study days in Amsterdam each semester for two years, to be briefed for self-study and assignment writing. A third year involves the writing of a dissertation. Entry points for programme participants will also be in September and January each year. The programme will be recognised under the Bologna Process (an intergovernmental cooperation of 48 European countries in higher education).

Weekly Word readers responded generously to our appeal a year ago to help create this programme. We are very grateful to all who helped make this course possible. How essential and timely European studies are for ‘understanding the times and knowing what Israel should do’ is becoming increasingly clear to me as I prepare the study manuals for the modules.

A more subtle and benign form of ‘organised forgetting’ in our secular, post-Christian times is the loss of historical awareness concerning Europe in general, and of the role of the Bible and the story of Jesus in shaping European culture in particular. One such example was the determined effort to avoid any reference to Christianity as a source of European identity and values in the proposed EU constitution in 2005. Sadly the paradox of Europe is that it is the continent most shaped by the Bible … and by the rejection of the Bible.

Secularism has scant regard for the past. Yet as Christians, we should realise that history really matters. The Old Testament warns repeatedly against forgetting. God’s people are to hold feasts to help them remember his intervention in their history. The Christian faith is historical: if Jesus did not live, die and rise again, Christianity is false.

The Bible itself gave western civilisation the understanding of history as a linear progression from a beginning towards an end. Time conceived in terms of past, present and future came from no other source. No other sacred writings take history seriously.

Yet history as a subject has been eclipsed in this information age by subjects offering ‘greater job opportunity’. The history of Europe has been ignored for generations in favour of the history of nation-states, which reinforces national myths and identities, often at the expense of rival nations. The history of the transformation of the European peoples through the story of Jesus and the influence of the Bible has been long superseded by other narratives or loss of narratives.

The consequence is the loss of memory and identity. Loss of historical perspective on current affairs breeds short sightedness and truncates future vision. In short, we have a crisis of vision in Europe. Where are the states(wo)men and spiritual leaders pointing our way forward?

A community of peoples
Some seventy years ago, historian Christopher Dawson wrote: ‘There is an urgent need for the better understanding of Europe, not only as a living society of peoples but as the creator of what we call “modern civilisation”. For however uncertain the political prospects of Europe may be, the overwhelming importance of its contribution to civilisation remains, and unless we understand this, we cannot understand much about the world in which we live.’

‘We cannot begin to understand Europe itself,’ he continued, ‘unless we study the tradition of Christian culture, which was the original bond of European unity and the source of its common spiritual aims and its common moral values.’

Nationalism, which emerged after the Reformation when Protestants tended to focus only on their own nations, led every European people to insist on what distinguished it from the rest, instead of what united it with them, wrote Dawson. We learned the history of our own nations as though they were a complete whole and not part of a greater unity.

The history that really mattered was not one of conflicts and rivalries of various European states, he argued, nor of economic competition, but one of a dynamic spiritual process. For Europe was a community of peoples sharing a common spiritual tradition which had its origin three thousand years ago in the Eastern Mediterranean. From people to people it had been transmitted (via the peninsular we call Europe) until it had come to overshadow the world.

We hope to equip our students with this forgotten perspective, not only for traditional missions of evangelism and church planting, but also for engagement in the public square, as politicians, civil servants, journalists, lawyers, educationalists, economists and activists.

Thank you for helping make this possible.

P.S. For inquiries about the degree programme, write to: info@schumancentre.eu

‚ÄòMummy, did the world ever forgive Germany?‚Äô asked Zsusanna‚Äôs eight-year-old son. He had been watching…