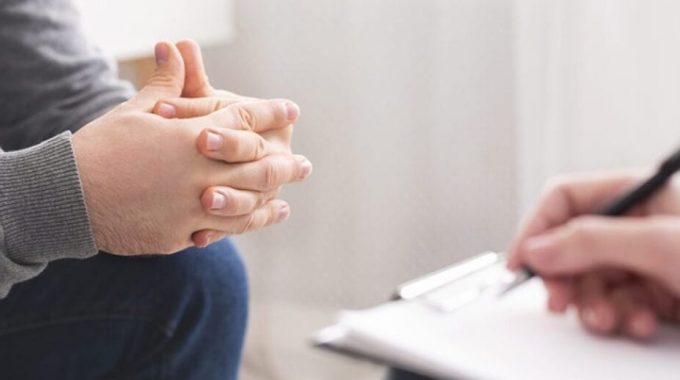 Bans on conversion therapy are being passed feverishly in countries around the world following a United Nations directive against the ‘inherently degrading and discriminatory’ practice.

Canada, France, Germany and twenty-eight of the United States of America have passed bans, with Britain and the Netherlands in process against such therapy. According to the UN, it ‘inflict[s] severe pain and suffering’ and results ‘in long-lasting psychological and physical damage’. In Holland, offenders offering ‘conversion therapy’ would face fines of up to €22,500 and a jail sentence of one year, or two years for repeat offenders.

So what is ‘conversion therapy’ and what is so wicked about it? Here’s what Wikipedia tells us: It is ‘the pseudoscientific practice of attempting to change an individual’s sexual orientation from homosexual or bisexual to heterosexual or their gender identity from transgender to cisgender using psychological, physical, or spiritual interventions. There is no reliable evidence that sexual orientation or gender identity can be changed, and medical institutions warn that conversion therapy practices are ineffective and potentially harmful.

Horror stories circulate about electric shock treatment, chemical castration and exorcisms by religious zealots pinning down victims on the floor with oversize Bibles. ‘Conversion therapy’ used to be carried out by medical personnel and included using drugs and even brain surgery. Yet such cruel procedures were discontinued well into last millennium in most countries enacting the bans.

Behind today’s religiously zealous campaign to ban any form of Sexual Orientation Change Efforts (SOCE), including counselling by parents, pastors, teachers or counsellors, is the unproven but widely accepted and oft-cited assumption (as in Wikipedia above) that ‘people cannot change their orientation because they are born that way’. Is there reliable evidence that sexual orientation or gender identity cannot be changed?

Doubts however about the new (proposed) laws which cover talking therapy are being expressed from within LGB circles themselves and by such a venerable publication as The Economist. ‘The proposed bill on conversion therapy could do more harm than good’, read the magazine’s leader in December. ‘The (British) government should rethink its plans, because the proposed law is muddled. The government wanted ‘conversion therapy’ to include talking treatments that explore why someone’s gender identity is at odds with their biological sex.’

Banning talking therapies would leave the government ‘swimming against the tide’, the leader claimed; much of what passed for gender medicine had been ‘pursued recklessly, with little care for the long-term well-being of patients’. Yet even within the field, doubts were spreading, continued the article. Hospitals in Finland and Sweden had backed off from prescribing drugs (for gender conversions) to the under-18s, in favour of talking therapies.

Since the British Government had not defined either ‘conversion therapy’ or ‘transgender’, it was hard to comprehend what ‘transgender conversion therapy’ would involve, reported The Lesbian and Gay News website, which quoted from the Equality and Human Rights Commission that ‘you can’t legislate without definitions or evidence’.

And where is the evidence that ‘talking conversion therapy’ is harmful, warranting such drastic legislation? asks Michael Cook in Mercatornet. Cook points to an article published last month in Frontiers in Psychology, a leading peer-review journal, on a five-year study analysing data gathered by an LGBT thinktank in California. The study was the first long-term examination of the health and well-being across three generations of American lesbians, gay men, and bisexuals. Its author, sociologist Paul Sullins, concluded that ‘even for persons for whom SOCE has had no efficacy, there is no discernible psychosocial risk’.

Comparing SOCE alumni — people who have undergone ‘conversion therapy’ — with non-SOCE LGB persons, Sullins found that ‘those who had undergone SOCE were no more likely to experience psychological distress or poor mental health, to engage in substance or alcohol abuse, to intentionally harm themselves, or to think about, plan, intend or attempt suicide, than were those who had not undergone SOCE’.

Sullins noted that studies reporting harm following SOCE, particularly increased suicidal behaviour, failed to distinguish suicidal behaviour before and after SOCE. After all, he observed, someone who sought out therapy was already troubled.

His own study, based on 1,518 people who self-identified as LGB in a Gallup survey of 350,000 American adults, found that suicidal behaviour was much higher before SOCE (which probably prompted request for therapy) but not afterward.

People who had experienced SOCE were less inclined to commit suicide, he concluded. SOCE therapy did not encourage higher suicidality; rather, those experiencing higher suicidality appeared likely to seek SOCE. That in turn strongly reduced suicidality, particularly initial suicide attempts. Banning conversion therapy would deprive sexual minorities of an important resource for reducing suicidality, Sullins concluded, and could lead to more suicides, not fewer.

Is this ban not a denial of basic human rights — freedom of conscience, freedom of religion, freedom of speech and freedom to choose one’s treatment — while condemning people to live in a lifestyle they may want to leave?

Northern Ireland has to be experienced to be believed. We've read about the "Troubles" for…

Thirty-four years ago today, I left the shores of my homeland for the first time.…