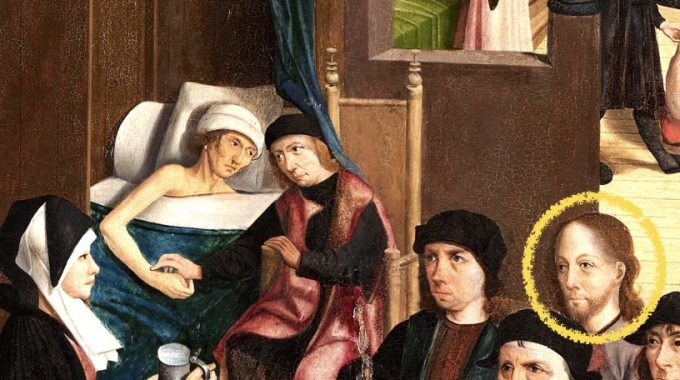 Imagine a world without love: where might is right, money trumps justice, indifference cancels out compassion, and cruelty offers entertainment; a world shaped by the realpolitik of Machiavelli or the nihilism of Nietzsche.

Some leading intellectuals fear we are headed towards such a world as the memory of Christian values fades. Public figures including Niall Ferguson, Roger Scruton, Douglas Murray, Jordan Peterson and Tom Holland – not practising Christians – have in recent years expressed their fears about the kind of society to which secularism is leading.

Historian Ferguson has come to see ‘that you can’t base a society on atheism… (which) particularly in its militant forms, is really a very dangerous metaphysical framework for a society’. The biggest disasters that we likely faced were actually related to totalitarianism, he has said, because that was the lesson of the 20th century. Pandemics killed a lot of people in the 2oth century, but totalitarianism killed more.’

Conservative philosopher and cultural Christian, Scruton, struggled personally to believe yet saw that Christianity was in many ways the soul of Western civilisation, and that the uniquely Christian concept of forgiveness was utterly indispensable to its survival.

Murray, a self-described ‘Christian atheist’, acknowledges the sanctity of human life to be a Judeo-Christian notion ‘which might very easily not survive [the disappearance of] Judeo-Christian civilisation’.

Holland, who told me in a Schuman Talk that he would like to be able to believe, came from his study of ancient civilisations to see that Christianity was a revolution so complete that even its critics must borrow precepts from Christianity to do so.

Dutch professor Govert Buijs, himself a believer, has been making the same point for well over a decade. The Christian concept of agapè love, he says, has played a central, formative role in Western culture, not only in the private sphere, but equally in the public domain. Love, he argues, has been a source of inspiration and social renewal as European civilisation developed. Implicitly or explicitly, our expectations of today’s social institutes were rooted in the concept of agapè, even when the dynamics of these institutions contradicted this value.

With the usual celebrations of love for Valentine's Day, it is also a good time…

In the church this side of the barricades

Will Europe Become the New Beast…?

The Euro is coming. Soon the Euro will be money in our pockets. Like it…