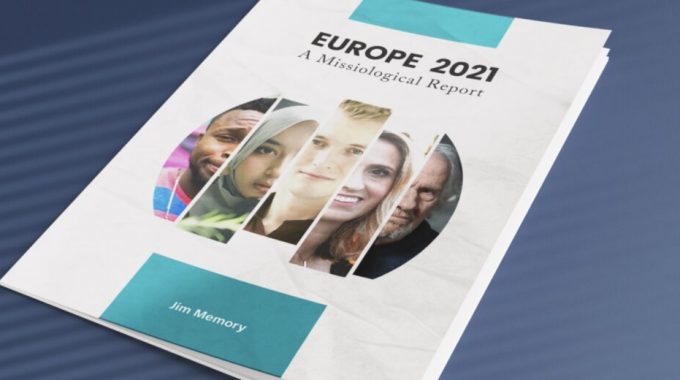 (If you expected to read about the Swiss and Irish heroes I referred to last week, hang in there –  they’ll get their turn).

‘The most challenging frontier for mission is right here in Europe’. For Jim and Christine Memory, that realisation thirty years ago led to a life-time commitment of engagement in church planting and training in Europe.

After a mission trip to Asia as students, where they observed a growing church breaking new ground, establishing new Christian communities and serving the poor, they recognised that the most strategic need was where the church was in retreat, in Europe–the continent most shaped by the Bible and the rejection of the Bible.

They were not the first to come to that conclusion. Lesslie Newbigin, who spent most of his mission career in India before returning to his native Britain in the mid-1970s, realised that the post-Christian West was ‘not a secular society without gods but a pagan society with false gods’. The post-Christian pagan, he discerned, was as different from the pre-Christian pagan as a divorcee was from a virgin.

Likewise, Jim has been analysing Europe’s spiritual needs for decades. I invited him to present his helpful overview of ‘five crises facing Europe’ at the State of Europe Forum in Dublin eight years ago. Now he has expanded this into a fresh tool which theologian Chris Wright calls a ‘timely analysis of social, economic, and political trends, with insightful and forward-looking missiological reflection’.

Europe 2021 is a document which church and mission leaders everywhere should download and study, preferably in groups for discussion and prayer. It is an evangelical rarity. It looks at the big European picture. It addresses the political, social, economic, environmental and technological contexts in which we find ourselves labouring today, factors we too often ignore in mission circles.

My own research on evangelical views concerning European integration reveals serious blindspots in evangelical vision and understanding about the Bible, something I will be writing more about soon. Jim’s report is an excellent starting point to address this widespread ignorance and indifference, and to help us gain a broader outlook. I expect to be referring again and again to his concise analyses in my own research and writing on the wide range of fields he explores.

I want to draw your attention to this report this week as Jim will join us online next Thursday (September 9) to discuss his report as we resume our Schuman Talks after the summer break. Watch it live or catch up on it later.

Neither ‘good’ nor ‘news’

The rapidly changing social, political and spiritual landscape of Europe has profound mission implications which should shape the way we present what we call Good News – but which many Europeans consider neither ‘good’ nor ‘news’. How should the issues of migration, low-birth-rates and gender issues change the way we ‘do mission’?

What are the missional implications of nationalism and populism?  If nationalism is a horizontal opposition between those who are seen to belong to a nation and those who are seen not to belong, explains Jim, populism is a vertical opposition between “the people”, however they are defined, and “elites” who are seen to be oppressing them. These elites can be actual political elites within their nation, but also faceless global corporations or unelected eurocrats in Brussels.

Many nationalists, particularly populists, see themselves as defending traditional culture, Christian heritage and values against the imposition of liberal social values, multiculturalism, or Islam. For Christians who grieve the loss of Christendom, this message is very appealing, concedes Jim. Sadly, some evangelicals have lined up behind nationalists and far-right political parties for this very reason.

A particularly valuable aspect of the report is its exploration of the impact of the Covid-19 pandemic on each of the issues explored. As Jim points out, the pandemic is probably the most significant shared experience in Europe since WWII. Vaccine nationalism has set countries against one another even within the European Union. Civil liberties have been restricted. Covid-19 has caused sovereign national debt to soar. Its impact on migration has been complex, suppressing movement yet increasing the driving factors.

Most Europeans appear to have been inoculated against the gospel by the vaccine of cultural Christianity, Jim observes. Yet he believes the weakness of the Church is also God’s opportunity. More than ever before, European Christians are collaborating, networking, and planting churches together, and into that mix, God has brought the vitality of Christians from the Majority World.

No-one had planned it this way, but last Friday we found ourselves driving into…

AS THE PLANE DESCENDED TOWARDS MALAGA AIRPORT IN SOUTHERN SPAIN, I scanned the surrounding slopes…

The arrest and escape of Schuman (Part III)