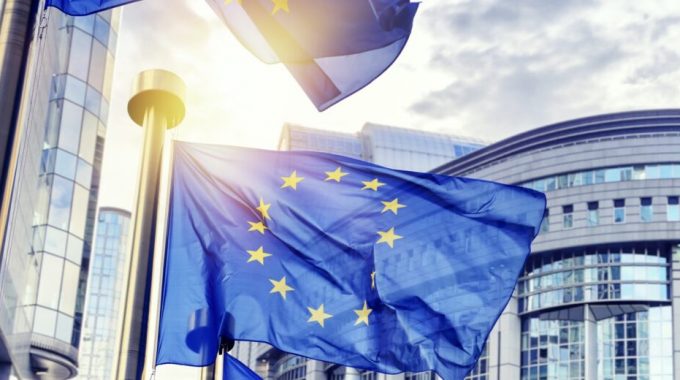 Many Christians wonder if God is still welcome in Brussels.

After all, wasn’t he banned from the Lisbon Treaty? Doesn’t the EU promote so-called ‘European values’ counter to Christianity? Isn’t it true that the EU ‘doesn’t do God’? Shouldn’t Christians distance themselves from an ‘increasingly secular’ project? What does the gospel have to do with politics anyway?

Julia, Christel and Arie, three of my heroes who collectively have worked for the past 28 years in Brussels, would doubt if retreat ever would be the right response. God’s good news, they would argue, brings light into the darkest corners.

As consecutive representatives of the European Evangelical Alliance, they have been a voice in Brussels for Europe’s evangelicals, now numbering 23 million. Which is a lot of people. More than the whole Dutch population; or half the population of Spain.

In this month’s Schuman Talk, we talked together about their work, monitoring decision-making and political trends in the heart of the European institutions. In 1991, Julia Doxat-Purser was a young intern working with an ecumenical agency who found herself serving drinks in a meeting where the president of the European Commission, Jacques Delors – a devout Catholic – entreated church representatives to help find a soul for Europe. ‘And I mean by that spirituality and meaning’, he had clarified.

Julia was concerned that while many faiths and ideologies were active in Brussels lobbying for their interests, evangelicals were absent. So she began to pray for ‘evangelicals to turn up’, as she put it. ‘The next thing was’, she told me, ‘you turned up’.

For in 1991, I had met with an EU official in Brussels with my YWAM Europe leadership team to learn about the European Community. I then realised the need for evangelical leaders to hear what we had just heard: how the rebuilding of post-war Europe had begun with a riveting story of Christian forgiveness and reconciliation with key players Robert Schuman and Konrad Adenauer. ’Why hadn’t we heard that story before?’ I had asked myself.

My YWAM Brussels colleague Jan-Piet knew just the person to help organise a consultation. Julia. So, in 1992, with her support, about fifty leaders convened in Brussels at Europa92 to consider Christian responsibility for the future of Europe. Sir Fred Catherwood, European Parliament vice-president and a leading British evangelical voice, told the gathering that Europe had been swept clean of fascism and communism over the previous fifty years. It would be the responsibility of Christians to ensure that a spiritual vacuum was not left for seven worse demons to return.

In response to this challenge, a socio-political office in Brussels for the EEA was opened, staffed by Julia for the following twelve years. This did not mean the EEA was pro-EU. Its members embrace a wide spectrum of views. As Julia puts it, whether you like the EU or not, it is a political institution that influences all the member states. She points out that Delors’ initiative to meet with church representatives is now enshrined as Article 17 of the Lisbon Treaty (the one that left God out), guaranteeing ‘an open, transparent and regular dialogue between the EU institutions and churches, religious associations, and philosophical and non-confessional organisations’.

Julia: ‘We try to encourage the EU when its doing good. We encourage them to do more in some areas, like religious freedom, for example. Occasionally we seek to try to stop the bad. We intervened on a mainly good new employment directive on anti-discrimination in the work place. But an exception was needed for churches so that pastors appointed really were believers. After much lobbying on our behalf, this exception was made.’

In 2006, Christel Ngnambi took over Julia’s task of encouraging evangelicals as European citizens to lend their voice to the democratic discussion in Brussels on many issues: migration, poverty, environment and freedom of religion or belief for all. Christel lobbied strongly on behalf of the Global Charter of Conscience to counter the trend of excluding religion from the public square, a widely-received document which has opened many doors and opportunities for Christel to talk with officials about faith. Working with other Christian and secular organisations, he helped establish EPRID, the European Platform on Religious Intolerance and Discrimination.

Arie de Pater succeeded Christel in 2017, immediately plunging into multiple projects including trafficking and migration. He actively lobbies in the EU corridors for compassionate policies on behalf of the many who languish in camps on Europe’s borders. Currently he is engaged with freedom of religion and belief issues in Algeria and Turkey, and also with the appointment of an EU Special Envoy for Freedom of Religion and Belief.

Right now Arie is also preparing for World Refugee Sunday, June 20 or 27, drawing attention to the 80 million displaced persons worldwide. Under the theme ‘Embrace’, this year’s World Refugee Sunday focuses on the Christian calling to embrace those excluded, just as Jesus received the excluded.

Hats off to you Julia, Christel and Arie for ‘doing God’ in Brussels!

From under the rubble

The World Cup’s dark side