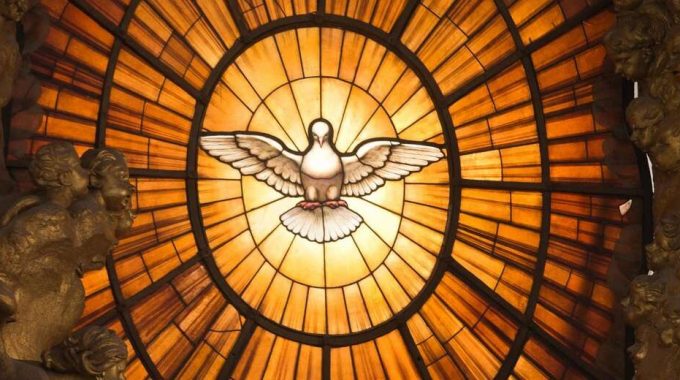 Pentecost is a feast to celebrate the birth of the 2000-year-old Jesus movement, and the hope of the fullfilment of God’s purposes for humankind.

Yet it is one of those events on the calendar many enjoy as a holiday weekend but few understand. Like so many aspects of western life, Pentecost is an indelible part of the Christian legacy simply taken for granted in western culture without much reflection.

Originally it was a Jewish feast, the Feast of Harvest, or Shavuot, when all Jewish men were obliged to travel to Jerusalem to offer first-fruits offerings from the wheat harvest.

The Pentecost following the ascension of Christ saw thousands of out-of town visitors in Jerusalem to celebrate the feast as Jews and God-fearers. Luke tells us there were ‘Parthians, Medes and Elamites; residents of Mesopotamia, Judea and Cappadocia, Pontus and Asia, Phrygia and Pamphylia, Egypt and the parts of Libya near Cyrene; visitors from Rome (both Jews and converts to Judaism); Cretans and (even) Arabs.’

Luke describes the coming of the Spirit as ‘a sound like the blowing of a violent wind’ and ‘what seemed to be tongues of fire’ resting on each disciple, filled with the Spirit and ‘speaking in other tongues’.

The Holy Spirit now spoke through the disciples to people from different races, tribes, languages and nations, calling them to become one people speaking and worshipping on the same wavelength. The visitors were staggered to hear the disciples ‘speaking in our own languages about the great things that God has done’. Here Babel was being reversed. Instead of confusion and division there was unity and diversity. Three thousand became believers that day and were baptised. Just imagine the logistics of that.

This was the launching of the Jesus movement, the most influential movement in human history. It should have been clear to the disciples by now that God’s plan was for all peoples to be included in this movement. After all, Peter immediately stood up and quoted from the ancient prophet Joel that ‘in the last days, I will pour out my Spirit on all people’… Yet these three thousand were just the start of the fulfilment of that prophecy, the first fruits – which was what the Jewish feast signified.

But it wasn’t that straightforward. Years later, the same Joel-quoting Peter was uncomfortable to find himself in a goy house in Caesarea, and worried about what the others back in Jerusalem would think. Yet again, as on the day of Pentecost, he saw the Spirit being outpoured on these goyim, or gentiles.

Peter always struggled with ethno-centricity. Later still, Paul had to rebuke him for compromising with the Judaisers again. It was Paul, not Peter, who would champion the message that ‘in Christ there was neither Jew nor Gentile, male nor female, bond nor free man’, a truly radical insight which over centuries subverted the old established western disorder of things.

No future without God

Pentecost should also shape our view of world affairs, and what the future might hold. Joel’s prophecy is yet to be completely fulfilled – although we are closer to it than ever before. The full Bible is now available in 704 different languages, giving 5.7 billion people access to Scripture in the language they understand best. Parts of the Bible are available in another 2,711 languages, reaching another 1.2 billion people. Efforts are under way to eradicate Bible poverty by 2033.

Pentecost also offers perspective on the future of Europe. It revealed God’s purposes for the human race to be ‘united in diversity’, which is the motto of the European Union today. Initiatives towards post-war European integration were led by Christians envisioning a ‘community of peoples deeply rooted in basic Christian values’. Although falling well short of the Spirit being poured out on all Europeans, it is a goal Christians certainly can support.

A theologian recently told me that many Christians have given up on the EU because it was too secular. But surely Christian withdrawal only increases secularity. On Friday in an online Ecumenical Prayer Meeting for the future of Europe I attended, Patriarch Bartholomew said that in a highly secularised Europe, human values could not survive. A Europe without God had no future, he warned.

Yet the EU itself is not as secularised as many might believe. Church and EU representatives regularly dialogue in accordance with Article 17 of the Lisbon Treaty. Roberta Metsola, the 42-year old European Parliament vice president from Malta responsible for the implementation of this dialogue, encouraged churches through this online prayer gathering to engage in the recently launched Conference on the Future of Europe. The conference invites all EU citizens to put forward and debate ideas about Europe’s future online.

Christians, of all people, should have something to say about a Europe ‘united in diversity’, of mutual respect and religious freedom, offering justice for all and striving for the common good of all.

P.S. Next month’s Schuman Talk will feature stories from three colleagues who work or have worked in Brussels to uphold Christian truth and values at the heart of the EU. Join us on June 9, 6pm CEST.

Germany and France have done it. So have Belgium and Britain. And even the United…