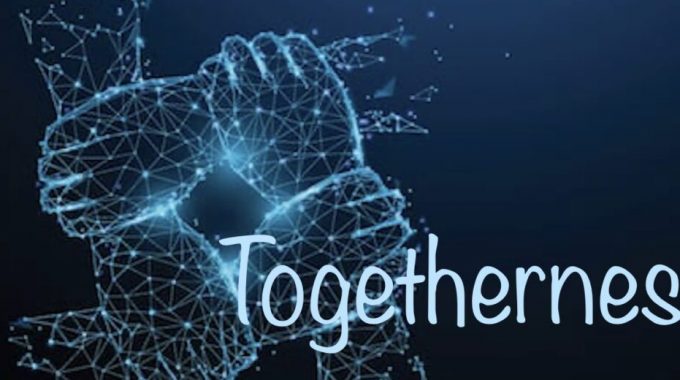 Lost for many against the ‘horror’ background of halloween, global pandemic, American elections and a looming no-deal Brexit was the commemoration of Reformers’ Day on October 31.

For on this day in 1517, ‘Hallowed Eve’ (hence Halloween) in the church calendar, the eve of All Saints Day, the reformer Martin Luther posted his 95 theses protesting against ‘unbiblical’ church practices such as the selling of ‘indulgences’ – papal pardons – for departed souls.

To mark this day, the Protestant Church of the Netherlands (Protestantse Kerk van Nederland, PKN) held an online Petrus Festival in The Hague with a reading on the topic: ‘What is a good life?’

The speaker was none other than Mark Rutte, now the premier of the Netherlands for over ten years. What did the church mean for us in these difficult days? he asked, answering with the word: ‘Togetherness’. What really counted in life? he continued. Not ‘more, more, more’, or ‘me, me, me’ but togetherness, ‘doing unto others what you would have them do to you’.

Reading Paul’s words from Romans 12, Rutte defined the good life as life in the service of the will of God – ‘his good, pleasing and perfect will’ – and not being conformed to the pattern of this world. In other words, he said, not going along with the crowd, as exemplified by Luther who stood for his convictions.

The corona crisis had confronted us with our smallness, the premier admitted, citing a fisherman’s prayer which John F. Kennedy had hung in the Oval Office: ‘O God, Thy sea is so great and my boat is so small.’ Which was why we needed each other, and the church, he stressed. For in church we were not alone, we were together. And that was something we could not hear often enough.

Togetherness, connectedness, solidarity: these are words to embrace in a week when we learn the outcome of a presidential campaign sadly marked by sharp polarisation.

A politician in the pulpit is nothing new for the Netherlands. Nor a preacher in the parliament. For exactly one hundred years ago the Dutch commemorated the passing of their (then) most famous countryman, voted in 1906 as the most popular Dutchman. He was both a preacher who founded a new denomination, and a politician who led the first modern political party in the Netherlands, serving as premier in 1901-1905.

Most Dutch people today know little or nothing about this man who was also an educationalist, founding the Free University, and editor of a newspaper for fifty years, even during his premiership! He was, in the words of a rival editor, a man with ‘ten heads and a hundred arms’.

He was also a philosopher, the father of Christian worldview thinking. And despite being at times contentious, polarising and aggravating, he still has much to teach us about facing the challenges of the 21st century.

He was Abraham Kuyper, famous in some circles as theologian of the rule of Christ, declaring ‘There is not one square inch of human life where Christ, who is sovereign over all, does not say: “Mine!”’.

To commemorate this centennial, we in the Schuman Centre are collaborating with the Look Up bookstore/gallery on the ground floor of our building on Prins Hendrikkade 50 in the centre of Amsterdam on a photo exhibition on Kuyper’s Amsterdam. Kuyper lived himself for twenty years along our road at Prins Hendrikkade 173, where he wrote countless books and articles discipling millions on the meaning of the gospel for Dutch society. He walked by our building almost daily on his way to the newspaper office or to the Nieuwe Kerk nearby.

This coming Saturday, November 7, 20:00, I will give an illustrated talk online in Look Upabout Kuyper, asking ‘who was this controversial figure and what is his relevance today?’ Watch here.

Also on Wednesday, 11 November, 20:00, Johan Snel will tell us (in Dutch) about his new book, De zeven levens van Abraham Kuyper, in an online presentation from the bookstore. Watch here.

But wait! There’s more. Continuing erratically in the background, Brexit trade negotiations between the UK and EU have stalled ahead of the crucial December 31 deadline, awaiting the fateful outcome of the US elections. Yet in Britain Brexit has precipitated a potentially healthy discussion on national identity, and the role churches can play, unmatched elsewhere in Europe.

A valuable contribution to this discussion is a newly released book on ‘The future of Brexit Britain’. Co-editor is Jonathan Chaplin, key speaker at the State of Europe Forum in Amsterdam in 2016, weeks before the Brexit referendum. He will share its key insights as guest on our next Schuman Talk, on Monday, November 9, 18:00.