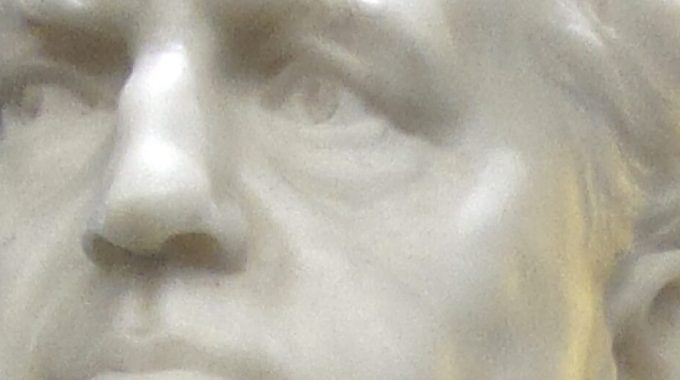 To my surprise, that man’s name kept popping up in different events I visited online this past week. He could help us recover social trust; or find new people-centred business models; or put politics back where it belonged without seeping into every corner of our lives. In short, he could still mentor us through the challenges of the 21st century.

It’s that man we wrote about a couple of weeks ago who in his own country has been forgotten or consigned to history: Abraham Kuyper.

My mind flashed back to a conversation with two Dutch evangelical leaders some years ago. I had shared my desire to write a popular-style biography of this man to awaken a younger generation to his rich still largely untapped legacy.

The response from my Dutch friends was incredulity. “Kuyper?! Why Kuyper??” they asked. “He’s so passé! Choose someone more contemporary, more relevant!”

Yet for me, Kuyper’s unfathomable treasure house of practical wisdom has remained a personal inspiration ever since I first heard his name on a beach in New Zealand in 1973 from a doctor with whom I was sharing my struggles about how faith related to society.

Panelists on last week’s Seeds of Change Conference presented online by the Jubilee Centre in Cambridge apparently agreed. For Kuyper’s name kept coming up during this event reflecting on institutional reforms needed in a post-Covid-19, post-Brexit world.

Speaking on the changes needed in the business sector, Professor Sue Halliday said that Kuyper understood business to be part of something meaningful beyond itself—human flourishing; business was one sphere of society with a distinct purpose working alongside other spheres of life, like family and leisure. She highlighted Kuyper’s principle that all aspects of reality were connected. On the purpose of business, Peter Heslam, director of Faith in Business, affirmed Kuyper’s view that business should facilitate human flourishing, and spoke of the Dutchman’s emphasis on common grace, God’s ‘yes’ to all the good in the world despite its fallenness.

Kuyperian concepts, such as ‘the important but underacknowledged role of civil society’, the false idea of a ‘neutral’ or ‘rational’ social theory, that all visions were driven by a particular ideology, and that Christians should also be able to appreciate the value of other ideas without having to be completely wedded to them, continued to guide the conferees as they explored how faith, state and civil society could work together to reshape a post-pandemic world.

Then I logged onto another online event scheduled for last week, The 2020 Kuyper Centennial Congress on Secularism and Spirituality. A dozen American higher education institutions had partnered this initiative scheduled for New York in April and Amsterdam last week.

The blurb for the event had read: One hundred years after his death, Abraham Kuyper’s legacy still is a source of inspiration in many fields… Scholars from diverse disciplines including historians, theologians, philosophers, and sociologists, as well as experts in media, politics, and religion, are invited to reflect on Kuyper’s legacy or to assess one of the aspects of the secular and the sacred today.

To my disappointment, the pandemic had forced the event to be cancelled. Neverthless, the Kuyper Prize normally awarded at the annual Kuyper Conference was still presented last Monday in New York in a special ceremony online. The president of Calvin University announced senior New York Times op-ed columnist David Brooks as recipient, who told he had learnt about Kuyper a few years back from a book by Richard Mouw, the president of Fuller Seminary. Kuyper’s multiple roles of journalist, politician, educationalist and churchman attracted Brooks’ attention, as did his understanding about how the different spheres of life like state, church, family and school interrelated yet remained separate spheres under God.

Brooks quoted the famous words spoken by Kuyper in 1880 in the Nieuwe Kerk in Amsterdam, just 800 metres from where I sit to write these words: ‘There is not one square inch of human life where Christ who is lord of all does not say, “Mine!”’

Under the title, ‘What Kuyper Can Teach Us 100 Years Later’, Christianity Today magazine ran an article earlier this month quoting Brooks’ concern about America’s extreme polarisation or ‘moral convulsion’. Kuyper’s view of a pluralistic society could help the restoration of ‘social trust’: ‘the moral quality of a society—of whether the people and institutions in it are trustworthy, whether they keep their promises and work for the common good.’ A vibrant public square could only truly be realised when each faith tradition and worldview was allowed to work out of its own principles.

Meanwhile, back in the Netherlands, I interviewed online Dutch journalism lecturer, Johan Snel, about his book ‘De zeven levens van Abraham Kuyper’ (‘the seven lives of…’) and learned he had only discovered Kuyper four years ago. His doctoral studies in journalism had confronted him with Kuyper’s towering presence in that field. Based on hitherto unused sources, the book offers surprising insights into the man, his thinking and his relevance for our troubled times.

A relative newcomer to the field, Johan lamented to me how the caricature image the Dutch had of Kuyper prevented many from realising what this many-sided statesman still had to offer us today.

P.S. The interview is in Dutch, but there’s good news for non-Dutch readers: Johan’s book will one day be available in English.

I remember clearly the hammer test. A couple of rocks lay on the table in…

As I sit on the deck of the Next Wave, the 42 metre training and…