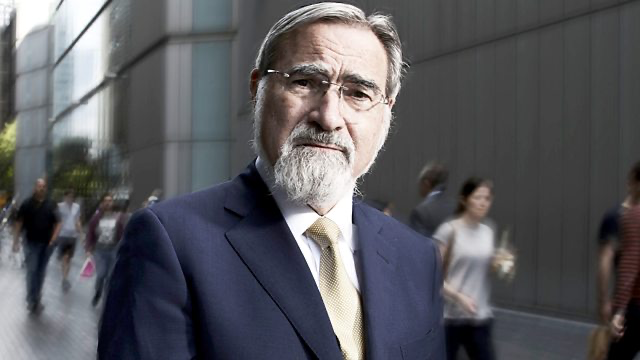 Last week the world lost a moral leader who was respected by many from different religious and secular circles for his wisdom on contemporary issues.

Lord Jonathan Sacks, whom I had the privilege of meeting in the Houses of Parliament at the launch of National Marriage Week in 2007, was buried privately last Sunday within 24 hours of his death being announced.

In my own search for biblical wisdom on todays challenges, Rabbi Sacks (Chief Rabbi of the British Commonwealth, 1991-2013) was a frequent source of inspiration. Seaching through the Weekly Words since their beginning in 2001, I found quotations from Sacks on 23 different occasions, some of which are reproduced below.

First let me cite last week’s obituary in The Jerusalem Post: Rabbi Sacks had taught the ‘art of nuance and disagreeing agreeably’, an art that ‘goes beyond the realm of the American election and applies to every area of life’. He helped us see that:

‘It is okay to both congratulate Joe Biden for his election victory while respecting the right for recounts and legal challenges to the election result; it is possible to thank President Trump for all the good that he did for Israel while equally recognizing President-elect Joe Biden’s love and support for Israel; …and that we can, and indeed must, continue to love and be friends with those who voted for “the other guy.” Divisive and polarizing rhetoric are reaching destructive levels worldwide, to the point that democratic systems and decent civilizations are at risk of total collapse. As we mourn the passing of Rabbi Lord Jonathan Sacks, we must save the very foundations of civilized society by internalizing and putting into practice his lessons of nuance and tolerance.’

Sacks himself never endorsed any or allowed rabbis under his supervision to engage in political advocacy or electioneering. By endorsing – or opposing – any presidential candidate, American rabbis were ‘making a big, big, big mistake’, Sacks had warned on a visit to the US: “You mix religion and politics, you get terrible politics and even worse religion.”

That did not stop Sacks from speaking prophetically and frequently into political and social issues from his faith perspective. The first quote I used from him, back in 2001, said:

“To recognise others’ rights to their lifestyle choices is one thing. To demand that no-one question the ‘rightness’ of those choices is another. Such political correctness is intolerance in the name of tolerance, intimidating the voice of reasoned opposition into silence.”

“We must have the courage to make judgements, to commend some ways of life and point to the shortcomings of others, however much this offends against the canons of our non-judgemental culture. We must lead by moral vision and example, and be prepared to challenge the icons of individualism, the idolatry of our age.”

The last quote from Sacks was in March this year, from his latest book, ‘Morality’:

“Market economies and liberal democracies cannot themselves guarantee us freedom. Morality is the missing dimension, essential to freedom.”

“The truth that free society is a moral achievement has been forgotten, ignored or denied since the moral revolution of the 1960’s. Since then, a single underlying shift in the ethos of the West has produced identity groups, collective victimhood, loneliness, vulnerability, depression, drug-usage, merciless markets, polarised politics, growing economic inequality and intolerance for free speech on university campuses. These are the long-term consequences of the move from ‘We’ to ‘I’. Social isolation has replaced community.”

The rabbi warned repeatedly that:

‘if Europe loses the Judaeo-Christian heritage that gave it its historic identity and its greatest achievements in literature, art, music, education, politics, and economics, it will lose its identity and its greatness, not immediately, but before this century reaches its end. For when a civilisation loses its faith it loses its future. When it recovers its faith, it recovers its future.’

Sacks drew constantly from the Bible in his critique of contemporary society, calling it ‘a forgotten political classic’. The 17th century European fathers of freedom and democracy–Milton, Hobbes, Locke and the Pilgrim Fathers–were in dialogue not with Aristotle’s Republic or Plato’s Politics, he wrote, but with the Hebrew Bible. It was a key document for the radical Tom Paine, he added, as well as a text that fascinated Jean-Jacques Rousseau, the inspiration of the French Revolution. It was a book that Hobbes quoted from 657 times in his influential Leviathan.

That classic was almost completely ignored in political studies courses today. Far from being out-dated and irrelevant, he suggested, those scriptures still held the key for the challenge of building a place of belonging for Europeans of all faiths and none:

‘We have forgotten how significant the Bible was in shaping the idea of a free society at the birth of modernity’.

P.S. If you missed last week’s online events, you can catch up here:

This week I learnt a new Russian word: Maskirovka. Derived from the word masquerade, it…