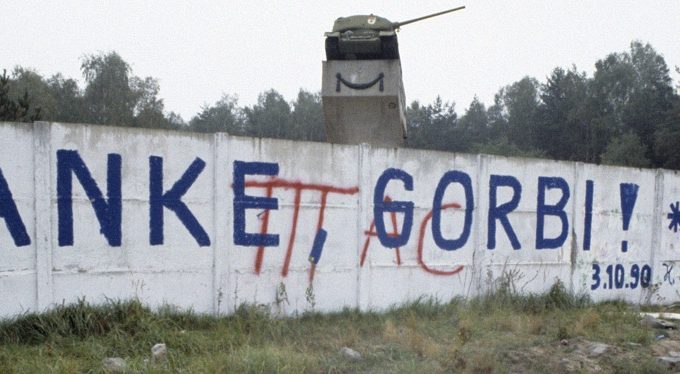 The hospitalisation of a 74-year-old male American corona patient a few days ago overshadowed the 30-year commemoration on Saturday of one of the most successful geo-political experiments of all time: the reunification of Germany.

For the last three decades of German history arguably have been the most prosperous, productive and harmonious since Charlemagne, at the beginning of what Arthur Moeller van den Bruck termed the ‘First Reich’, the Holy Roman Empire, of 800-1806. His 1923 book Das Dritte Reich coined the phrase – The Third Reich – used by the Nazis for an idealised state comprising all German peoples to legitimise their rule as successor state to the First Reich and the so-called Second Reich, the German Empire of 1871-1918.

Remarkable and unpredictable events, such as the Pan-European Picnic and the Miracle of Leipzig led directly to the ‘accidental’ opening of the Berlin Wall on November 9, 1989, and the absorption of German Democratic Republic into the Federal German Republic creating a united Germany on October 3, 1990. These were significant ‘moments of grace’ in the still-unfolding European story.

On that day the Federal President Richard von Weizsäcker declared: “The day has come in which for the first time in history the whole of Germany has found its lasting place in the circle of western democracies.”

Thirty years later, German reunification is recognised as an outstanding success. A united Germany has become a stable, moderate and responsible influence both in Europe and globally, led by the world’s most trusted leader, according to a Pew Research poll last month (76% compared to 16% for the corona patient).

The current German President Frank-Walter Steinmeier told his compatriots at the official celebrations in Potsdam near Berlin on Saturday, “Today we live in the best Germany that has ever existed”.

For which all Europeans should thank God. The welfare of Germany at the heart of the continent, sharing borders with nine other nations (plus maritime borders with Sweden and the UK) is clearly Europe’s welfare.

Things could have been very different however if Maggie Thatcher had had her way thirty years ago.  German unity would never have happened. She fought tooth and nail against Germany thus becoming the largest nation in the European Community, with its 80 millions, upsetting the population balance with France, Britain and Italy. Late in 1989 she complained in Strasbourg: “We beat the Germans twice, and now they’re back!”

‘Twice bitten, thrice vigilant’ was the concern shared between Thatcher, French President Francois Mitterrand and Italy’s Giulio Andreotti, the latter quipping that he loved Germany so much, he preferred two of them.

Thatcher told Soviet leader Mikhail Gorbachev that Britain and western Europe were not interested in the unification of Germany. For his part however, Gorbachev was interested, hoping for a nuclear-free buffer state. German leaders wanted to move quickly before he changed his mind or was ousted. His Foreign Minister Eduard Shevardnadze advised the East Germans not to wait – wise advice they realised less than a year later when the Soviet old-guard staged a coup against Gorbachev.

Saturday’s Potsdam celebrations were relatively sober due to COVID-19 restrictions. Yet German President Frank-Walter Steinmeier told his compatriots they could be proud of the free and democratic country they had built in the 30 years since reunification, ‘an achievement even the pandemic can’t take away’. He paid special tribute to those who had led the peaceful revolution and paved the way for reunification.

Ironically and tragically, both Thatcher’s beloved United Kingdom and Bush’s once-almighty United States are today dangerously disunited and polarised. Instability and discontinuity in the western world are feared to be more likely from these former bastions of democracy and civility than from their former enemy.

Germans understand also that Europe’s future is their future. While we can imagine an EU without Britain, it could not exist without Germany.

Yet the future both of Germany and of the EU has no guarantee without a restored transatlantic relationship of trust and cooperation, one threatened by White House talk of taking the US out of NATO.

Which is why the possible re-election next month of the corona patient overshadows all Europeans.

P.S. Friday, October 9th, is the anniversary of the miracle of Leipzig. At 6pm, on this month’s Schuman Talk, I will be talking with two East German women about the events in Leipzig and their impact on reunification: Suse Chmell from Bad Blankenburg and Christine Lieberknecht, former minister-president of Thuringia (2009-2014) and member of the national committee for the reunification celebrations. Join us!

Seeking Shalom – Then And Now

Even as we recoil in horror at Russia’s brutal destruction of Mariupol in the east,…

This Weekly Word comes to you courtesy of an internet caf√© in Yerevan, the capital…

Despite initially strong opposition to his visit to the European Parliament, Pope Francis received repeated…