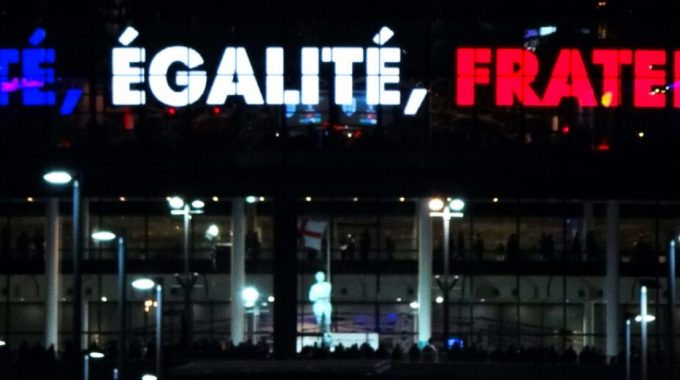 Should the fire in Camp Moria, Downing Street’s threat to disregard international law, and opposition protests in Belarus and Russia, concern us as Christians, lay and leader alike? Or are these issues only for politicians and experts?

True, few of us have the experience or the means to engage in the corridors of power. But, as believers we need to grasp something of how our citizenship of ‘the Kingdom of Heaven’ affects our citizenship ‘on earth’.

Christianity has been intrinsically engaged with politics for 2000 years. The Bible has been used to justify clearly unjust regimes, both religious and secular. But it is also the sourcebook of a vision of a just and free society, inclusive of the whole human family, which has inspired and justified political initiatives including benevolent monarchies, aristocracies and democracies.

I had hoped to explore Christianity’s role in the development of modern democracy with British author Tom Holland and Indian philosopher Vishal Mangalwadi in this month’s Schuman Talk. Tom was our first guest on the Schuman Talks three months ago explaining his surprising discovery that Christianity really was the big idea that shaped the western world. ‘If we are the fish in a fishbowl, the water we are swimming in is Christianity’, I have heard Tom say on several occasions.

Instead, Tom said he felt Schuman was overstating the case. Clearly democracy had come from the Greeks, he said. While the idea that everyone should have a stake did arise from Christian principles, it was a mistake to think that this political programme was what Christianity taught. Christianity had sustained other forms of government also.

Vishal, following that first talk live on Facebook, responded with the post: ‘Schuman is right; Tom is wrong.’

That exchange led to last week’s dialogue between Tom and Vishal, which I had hoped to moderate towards convergence. However, we ended with more dangling ends than common understandings.

What we missed, in my view, was an exploration of the influences shaping democracy through the centuries, not just as a system of government, but as a vision of a just and flourishing society. While ancient Athens briefly pioneered a system called ‘democracy’ in which male property-owners were given collective political authority, there was no continuous development of that idea leading to modern democracy.

However, the spiritual heritage of democracy as a vision of a just society of truly equal and free citizens, where social responsibility rather than individual self-interest prevailed, and the rich/poor gap has been bridged, stems not from Athens but from Israel’s ancient prophets and their messianic hope for the reign of God’s shalom. Equality, dignity and sanctity of life, and thus human rights, can only stem from an understanding of each human being, including every refugee in Moria, as created in the image of the triune God, imago Dei.

That revelation continued through to the New Testament with Jesus’ proclamation of the same reign of shalom, and Paul’s declaration that in Christ there is no Jew nor gentile, male nor female…. The koinonia lifestyle of the early church embodied equality, dignity and mutual responsibility, as did the new monastic communities which emerged in response to the compromise of the Constantinian church with hierarchy, power and wealth.

Catholic proto-democratic principles have been recognised in Benedictine and Dominican practices, and the Conciliar Movement stressing popular representation and government by consent of the people. Some even view Jesuits of the Counter-Reformation, including Suarez and Bellamine, as ‘founders of modern democratic thought’.

John Wycliffe wrote a phrase in the prologue to his 1384 English Bible translation which was famously picked up by Abraham Lincoln centuries later:

The transition of these proto-democratic ideas from the medieval to the modern age has been traced through Luther, Zwingli, Calvin, Knox, Anabaptists, Huguenots, Quakers, Puritans, Independents and more, until Enlightenment times when the vision for liberté, egalité and fraternité was severed from its theological roots.*

*Three formidable writers who have explored the gestation of modern democracy from ancient times through the middle ages and the Renaissance are: French Catholic philosopher Jacques Maritain, whose book ‘Christianity and Democracy’ (1944), was influential on Schuman’s thinking; American Reformed theologian Reinhold Niebuhr, also wrote on the eve of an Allied victory in 1944 ‘Children of Light and Children of Darkness’; and South African professor John de Gruchy who described churches as midwives of democracy in East Germany and South Africa in the 1990s in his 1995 book, also entitled ‘Christianity and Democracy’.

Theological foundations for a just, democratic order based on the pursuit of the common good are urgently needed today as the liberal vision of individualistic self-interest has been found wanting. Democracy’s rich spiritual heritage needs to be recovered before it descends further into anarchy and tyranny.