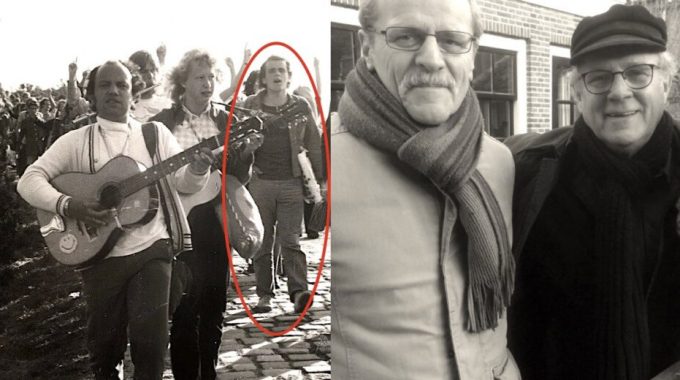 For many thousands of Christians in south Asia, the name “Bart” is a household concept with a double association.

The first is the ministry of ‘power evangelism’, modelled by Dutchman Bart Doornweerd, as originally inspired by the work of John Wimber in the 1980’s.

The second is the support of countless south Asian YWAMers in evangelism and missions, made possible through  ministry seminars led by Bart in the Netherlands.

Last Friday, family and friends from near and far gave thanks for Bart at a celebration of his life in Ede, the Netherlands, after his year-long battle with cancer. The depth and breadth of love and appreciation for him in Nepal, India and Bangladesh was evident from the outpouring of messages, cards, emails and flowers over this year. Three videos shown at the funeral from leaders in each of these nations confirmed Bart’s lasting legacy in that part of the world.

Bart came from a farming village neighbouring Romkje’s hometown, where a youth revival during the 1960’s Jesus Movement turned his life around. He was one of fifty Dutch people recruited in 1972 by Romkje to join the Munich Olympic Games outreach, where he is pictured above left during a Jesus March outside the city. After that outreach, Bart became one of the first Dutch people to attend a YWAM training school, a School of Evangelism in Denmark.

Romkje and I had been married just a year in 1977 when Bart and his future wife Marianne were our guests at a special Friday evening meal there celebrated in Afghani style. Everyone sat on the floor on cushions and ate food without utensils – using the right hand only. Floyd and Sally McClung, the community leaders, had themselves started Dilaram Houses, friendship evangelism houses, in Afghanistan, India and Nepal. The culture at Heidebeek then was still more eastern – even ‘hippie’ – than Dutch.

Despite Marianne’s culture shock that night, they both joined the Heidebeek community and after marrying year or so later accepted Floyd’s challenge to lead the Dilaram House in Kathmandu, Nepal. Their first child Marieke was born there in 1979.

Returning to Heidebeek early in the 1980’s, Bart became my assistant as community leader for most of that decade, wonderful harmonious years working with a rock-solid, unflappable, no-nonsense, calm, dependable, self-effacing and unpretentious servant.

Bart was the last person I would have imagined to return from a visit to London greatly enthused by the ‘signs and wonders’ ministry of John Wimber. What greatly motivated Bart was seeing the Holy Spirit using all sorts of ordinary people in such ministry, not just ‘stage performers in white shoes’. He began to run seminars up and down the nation on ‘ministry in the power of the Holy Spirit’ in the late 1980s.

But Bart’s heart remained in the east and he longed to see Asians stepping out in this kind of ministry. He, Marianne and, by now, their four children resettled in Mumbai where he continued to encourage Indians, Nepalese and Bangladeshi’s to rely on the Holy Spirit, not westerners.

However, early in the ‘90s, Bart was denied his visa to stay in or visit India. Yet he felt he was to continue his work with ‘one foot in the Netherlands, the other in the east’. He would visit Nepal and Bangladesh, holding seminars close to the Indian border so that Indians could attend.

Undaunted, he began to realise the potential of his Dutch seminars to challenge participants to engage in mission to Asia through both giving out of their pockets and their time. His simple and direct message of ‘come and go’ mobilised hundreds of ordinary church people from many denominational backgrounds to engage with him in missions in the east.

Recently, before he developed health problems, Bart joined me on a city-walk through Utrecht, an ancient pilgrim city where in the Middle Ages peregrini would set off for Santiago de Compostella in north-west Spain. The photo (above-right) was taken in a small garden behind the 14th century pilgrim guest house. A bronze statue of a pilgrim, with a few possessions on a stick over his shoulder, shows a single-minded devotion focused on his distant destination.

I cherish this photo reflecting on our pilgrimage, both together and apart, a pilgrimage that took Bart to Asia many times with a single-minded devotion to ‘do whatever He tells you to do’.

Is The Party Over?

Belshazzar’s feast was a great display of wealth, power and hedonism with his wives and…

Last week in Budapest, 28 folk from across Europe gathered at our annual Hope for…