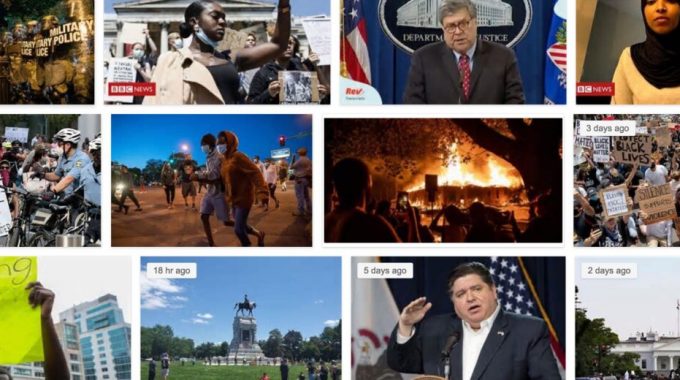 Global outrage against racism triggered by the public murder of George Floyd reveals a broad- and deep-seated frustration concerning systemic injustice. Protests in Australia and New Zealand, Britain and France, the Netherlands and Germany, Italy and Ireland, Canada and Brazil, not only expressed solidarity with Black America but highlighted tensions in their own multi-cultural societies.

Few of us stop to examine our own assumptions concerning racial equality, or wonder why we should be upset with those who believe in white supremacy, for example, given that we are supposed to be products of a process guaranteeing the survival of the fittest. Why should we complain about one race getting the upper hand over another?

Perhaps this seemingly-universal outcry reflects ‘common grace’ – where the Spirit of God is at work in society outside of the church walls. Or yet another example of how the instincts of societies increasingly doubtful of Christianity’s claims remain irredeemably Christian, as Tom Holland unfolds in his eye-opening volume, Dominion, on how Christianity shaped the western mind. (Join us on Tuesday as we chat with Tom about what The Guardian describes as ‘an absorbing survey of Christianity’s subversive origins’. See below).

For where does our sense of injustice come from? Where do small children get their finely-tuned intuition of fairness from, prompting the cry: ‘but that’s not fair!’? Paul’s answer, written to the Romans, is that God has given each of us a moral compass, conscience, which leaves us without excuse when we make wrong choices. This collective moral compass, a common sense of justice, is demanding that things change in society.

Maybe it has been an expression of suppressed emotions after months of lockdown, the chance to mingle with crowds again. Or a response to the heightened xenophobia and toxic nationalism the CoVid-19 crisis has unleashed as Chinese, other Asians and foreigners in general have been attacked verbally and physically, scapegoats for something for which they as individuals were not responsible.

However, it’s one thing to know what to protest against. It’s another to know what vision for society, for our nation, for the world, to champion. This week I happened to be reading a book about the need for theology to recover its role in promoting a positive vision of life, when I came across the following prescient passage:

“The corruption and injustice of our world demand a more theological response. The urgency of these issues–from the mounting deaths of black Americans at the hands of police officers (emphasis mine), to the throngs of dislocated and yet unwelcome migrants, to the plight of those labouring in sweatshops under the oppressive hand of unscrupulous profit-seekers, to the ever-widening gap between rich and poor–highlights the need for a theology able to articulate visions of truly flourishing life that will intellectually fund transformative political engagement.”

Miroslav Volf and Matthew Croasmun, of the Yale Center for Faith and Culture, are arguing in this recent book, ‘For the life of the world’, that theologians need to reorientate their work towards helping people discover how to live flourishing lives with others in this world. Theology has largely strayed from being about what matters most – the true life in the presence of God, the reign of God, the kingdom of God. They call for a thorough reflection on the direction of theology.

For all of us, theologians or not, this is a season calling us to thorough examination of our own heart attitudes, life direction and vision for society.

George Floyd’s death calls us to examine our hearts for latent racism. This is not an exclusive American problem. In fact, according to Pew Research, Europeans have a much bigger problem than their trans-Atlantic cousins with ethnic diversity. Surprisingly (for me), while 58% of Americans believed that growing ethnic diversity made their country a better place to live, Europeans ranged from only 36% (Sweden) to 10% (Greece), with The Netherlands sharing rank with Hungary on 17%(!), in acceptance of ethnic diversity. Of all people, we Christians should be conscious of the church’s destination to become multi-cultural – all people, all nations, all tribes, all tongues! So what, for example, is our reaction when our daughter or son introduces us to someone from another ethnicity as their prospective life-partner?

The corona crisis is forcing us all in the church globally and here in Europe to ask what the church, society and missions should look like in a post-corona world. Jason Mandryk, author of Operation World, has done us all a huge favour by compiling a free e-book on the impact and implications of the CoVid-19 pandemic for the church, world missions and society in general. This is a resource to study together in leadership teams as we come to grips with the reality that 2020 is the year when EVERYTHING changed!

Let us examine our hearts.

Building a place of belonging