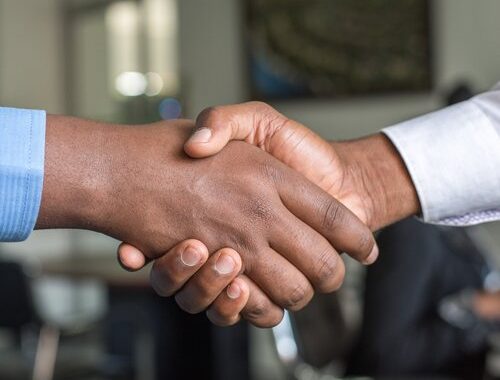 Divided Europeans – A hindrance for the Gospel

There’s no question that we, in Europe, need reconciliation. East and West, North and South – our great continent has witnessed numerous wars and conflicts.

Europeans carry enough historical baggage to be mad at each other for another century. The English, French, Spanish, Russians, Germans and other European nations have all built their empires through ruling over the smaller tribes and forcing them to adapt their culture and language accordingly. Just ask the Scots how they see the English, the Catalonians – the Spanish, or the Ukrainians – the Russians.

Most of our European empires have collapsed long since, but the hard feelings against the former ruling nations stay. Collective memory goes way back and shapes the attitude towards the ‘other’ even where there are no obvious conflicts today.

Consider the Baltic states of Estonia, Latvia and Lithuania. For centuries they were occupied by the Russian Empire and later by the Soviet Union. Many Russian-speaking people from all corners of the former empire moved in and made the Baltics their new home. Russification of the nationals from Alexander III’s reign (1845-1894) onwards became state policy.[1] National cultural values were suppressed and thus the Russian language, Russianness and the Russians became the most hated neighbors. This story was and is repeated in many European settings, and conflicts become the constant reality that society lives by.

But the same is true for churches. Ethnocentrism and Ethnoconfessionalism are the biggest hindrances for spreading the gospel in Europe today.[2]

Unity promotes the knowledge of the Lord in the world, explains Jesus in John 17:21. Disunity, on the contrary, is why people do not see God ́s glory in his followers.

During centuries of European conflict, major church denominations viewed themselves as national, even state churches. Supporters of the state church suppressed the smaller ethnic groups. No wonder those ethnic groups sought a different religious identity

Many European denominational divides also go back to attempts to establish the dominance of a singular national identity. Unity forced by the State and to the expense of freedom of others will always result in a culture of strife and hatred.

The Church as Agent of Reconciliation

The Church of Christ is God’s agent of reconciliation (2 Cor. 5. 19-20). She can never be an appendage of the state. Her task is to promote the Kingdom of God and not the kingdoms of certain national majorities. And in the Kingdom of God there will be no concentration of ethnic backgrounds.

The apostle Paul states to the Galatians: “In Christ there is neither Jew nor Gentile, neither slave nor free, nor is there male and female, for you are all one in Christ Jesus.” (Gal. 3:28). Jesus is our peace and He made those from afar and those near one body (Eph. 2:14).

Ethnoconfessionalism is, biblically speaking, a no-go. The Church is set to reconcile and not to divide and promote the politically strongest!

This places the European church into a special position. In the midst of conflict and ethnocentric divisions, she will seek for ways to reconcile the people with God and with one another and lead them into God’s kingdom. Stanley Hauerwas summarises the references to peace and mission in the New Testament by claiming that Jesus’ followers are no less than “signs of the kingdom of peace in the world”.[3]

How can this be done? What are the instruments of effective reconciliation? How do people who have been collecting hatred for centuries forgive each other and establish new and meaningful patterns of cooperation? What do the Scriptures suggest?

First, Jesus claims that people need to recognise the truth in order to be free (John 8:32). Recognition is a process by which people will overcome their prejudice. By looking at what has really happened, they may also discover that their own limited perspective towards other people is distorted by collectively shaped memory. In reconciliation, the two parties will do what the biblical term catalasso = reconciliation suggests: they will go back and forth naming and renaming the issues of hurt and injustice until a common understanding of what has happened is established and the parties agree on it.[4]

Without knowing the story, no reconciliation is possible

Without knowing the story, no reconciliation is possible. “You will know the truth and the truth will set you free”, says Jesus. The European Church as God ́s reconciler will mediate a process of truth-finding as a first step towards a peaceful co-existence in Europe.

Secondly, where truth is known and agreed upon, where victims and perpetuators are named and injustice is revealed, the mediator may suggest a process of forgiveness.[5] It is important not to compare injustices. No sin is greater or lesser than another– all injustice must be named and people asked for forgiveness. And perpetuation, patterns of privilege and oppression that consciously or unconsciously perpetuate injustice, must be named, as Bishop Tutu rightly claims.[6]

Collective and historic injustice is not a personal thing, and people involved in the process of reconciliation may not have been directly involved in that hurting and perpetuation. But the victims have identified with the sufferings of their people, accepted the collective hurt and lived accordingly.

“So if the Son sets you free, you will be free indeed,” Jesus says about himself (John 8:36). Both requesting forgiveness and receiving forgiveness is a divine act.

Confession and forgiveness belong together.[7] Wherever this act involves the presence of Jesus, true forgiveness is possible, and the negative memory will be transformed into a valuable experience we all can learn from.

Reconciliation, however, is not finished when rivals forgive each other. The third step is equally important: the competitors will have to develop a common future, discussing possibilities and opportunities to work for better life conditions in their communities, in their countries and beyond.[8]

We Europeans need an idea of what can be done together and what our positive relationships may look like. And Christians are perfectly prepared to draw principles and practices from their kingdom-of-God culture, which establishes a meaningful social space of living in unity by appreciating our diversity. As a matter of fact, the Church herself is called Body of Christ. And nothing is more diverse really than a human body. All parts are different but at the same time they all serve each other and thus establish the most powerful unity under the sun (Eph. 1:23). So the Church must teach the nations those principles. This is her divine calling (Mt. 28:19-20).

Johannes Reimer is professor of Mission Studies and Intercultural Theology at the Ewersbach University of Applied Arts, Germany and director of Public Engagement of the Worldwide Evangelical Alliance.

Th√©r√®se sat across the table from me in the coffee corner at Heidebeek. Right here…

Brace yourselves. We’re reaching the next stage, as predicted by Francis Schaeffer a generation ago.…

Benedict on the future of Europe

IN HIS NEW BOOK, POPE BENEDICT XVI WRITES: 'EUROPE IS INFECTED BY A STRANGE LACK…