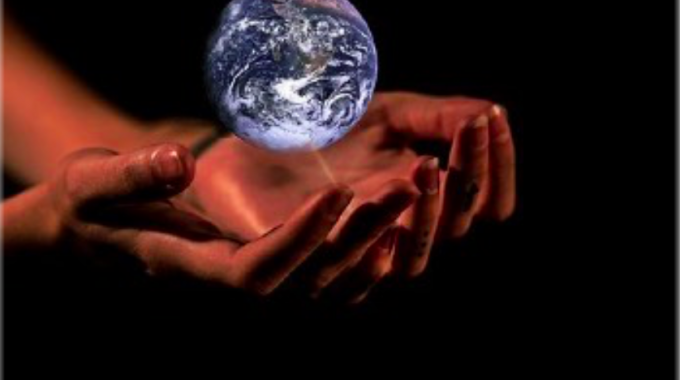 An article from the Canopy of Prayer edition 84

The EU should become climate neutral by 2050. That means a restructuring of energy supply, industry, traffic and agriculture. At first that would seem impossible, but it also involves a great opportunity. And neither people nor regions should be let down. Huge funds are needed. Von der Leyen: “Let us think about what it would cost if we didn’t do anything.”

The signs of global warming are unmistakable: with the beginning of the industrial period, increasing CO-2 concentrations from 320 to currently 380 ppm, resulting in the greenhouse effect with increasing average surface temperatures.

The climate is changing, it is undisputed, but are they only long-term fluctuations in the climate or is man involved and, if so, to what extent? Some speak of “climate fraud”, negate the human part. In disputes like this you always have to ask about the interests behind it. It stands to reason that the oil and coal industry contest the share and try through lobbing to have an influence.

It is true that the climate change is a complex phenomenon. Experts therefore speak of probabilities for the arrival of the forecasts, however of 90%. Therefore, adjustments are necessary for precautionary reasons. The meteorologist and committed Christian Dr. Ulrich Reuter wrote: “We have to take countermeasures together”.

Countermeasures mean long-term entry into a CO-2 free economy. Some therefore advocate further use of nuclear energy or new reactors. This is how France acts and has a better carbon footprint than Germany. But there is no way back.

However, the great transformation needs prudence and takes time. It must be sustainable, i.e. also include social and economic dimensions, especially considering the jobs. The impatience of climate activists, especially young people, is understandable, but fear is a poor advisor. And the claim to “save the world in 10 minutes” is too one-dimensional. In addition to the vision, we need social understanding about the controversial paths to sustainable development. How is a global balance of interests possible? Or what price should the ton of CO-2 get so that it has a steering effect?

And there is a need for Christians and churches to mediate and also to set an example in business and lifestyle. Just one little example: A while ago, a young person suggested planting trees. He started it himself. In the meantime, entire forests have been grown that store CO-2.

• We pray for agreements in the coming transformation process and corresponding milestone-decisions.

• We ask God for a spirit of repentance and return to God and for hope and solidarity with countries especially concerned.

Cross over the Continent