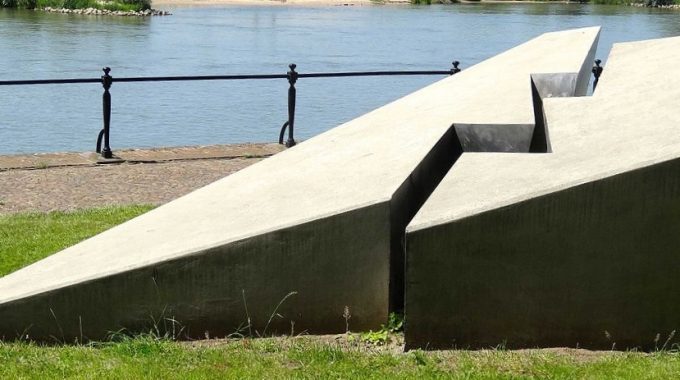 Our lives, plans and dreams have been interrupted in just a few days – personally, nationally and globally. Our State of Europe Forum in Zagreb is cancelled (and on top of everything, a serious earthquake there yesterday!) Formula One, European football championships, global summits, Brexit, probably even the Olympic Games… all disrupted. We wonder, can there be life without entertainment?

Still three weeks away, this year’s Easter will be one we will probably remember for the rest of our lives. No Easter cantatas since last week. No normal church services. No family gatherings with grandparents and grandkids. No easter-egg hunts in the garden…

And yet perhaps our current surreal circumstances can bring us closer to the circumstances of both the Easter story and the Passover story foreshadowing it. Anyone raised on Bible stories knows about the ten plagues unleashed on Pharaoh’s Egypt, creating fear and uncertainty everywhere. One plague spread death amongst livestock while the last scourge caused the deaths of all first-born males. Except among the Israelites. They had been instructed to splash blood of sacrificial lambs on the lintels and doorposts of their homes so the angel of death would pass over.

It all comes very close as each day we hear about the rising number of those for whom the angel of death did not pass over. The fear and uncertainty come with the realisation that we humans don’t have everything under control. Human life itself is so vulnerable, given the improbability of the huge number of factors being so finely tuned for life as we know it to be possible.

Christians understand the Passover to be the anticipation of the suffering, death and resurrection of Jesus as the sacrificial lamb. Easter is about the great interruption in the life of Jesus, and in the story of humanity. And that God is able to save and deliver.

Despite the virus, Lent continues. And with the backdrop of the daily news, our Lenten meditations can take on new meaning. To help our reflections, the Art Stations of the Cross city-wide exhibition in Deventer I wrote about last week continues in reduced format in church buildings and business premises still allowed to be open. An hour’s train ride east of Amsterdam, Deventer has a history associated with themes of suffering, vulnerability and desolation as well as renewal, reconciliation and compassion.

The website allows us virtual participation wherever we are, with artworks relating to universal themes characterising the stations and referring to our times and to the history of the city. For much in the story of the picturesque city of Deventer makes us realise how vulnerable we are. From Viking raids through to the Nazi occupation, this old Hanseatic trading city reminds us that injustice and war are of all times. Suffering is inevitable.

This year’s art pilgrimage celebrates the 75th anniversary of Deventer’s liberation from Nazi occupation, a celebration which will be greatly dampened by the pandemic which has also forced the cancellation of the national holiday, King’s Day. While comparisons with war-time hardships are frequent in the media, reflection on the second station – Jesus takes up his cross– helps to restore perspective.

Entitled An Interrupted Life, it is a wedge-shaped stone broken in the middle by a jagged lightning-shaped break (see photo). Created by artist and poet Arno Kramer, its name comes from the title of the diary of a young Jewish woman who died in Auschwitz, Etty Hillesum. A quote from the diary is chiselled in the memorial: ‘One would like to be a band-aid on many wounds.’

Hillesum’s story is told on the website. Born in a secular Jewish family, she grew up in Deventer but was living in Amsterdam when war broke out. A year before she died, she wrote in her diary: ‘Suffering is not beneath human dignity’. She developed her own faith, read her Bible and recorded her dialogue with the Creator God in her diary.

Although she had a so-called ‘proof of exception’ that allowed her to travel, Etty chose to go back to Westerbork internment camp to be with her family and fellow sufferers. From there she was deported to Auschwitz. Her hastily-written message thrown from the window of the railway carriage was later found by a farmer. It read:

Opening the Bible at random I find this: ‘The Lord is my high tower.’ I sit in the middle of a full carriage on my rucksack. Father, mother and Mischa are a few carriages away. The departure was still quite unexpected. We left the camp singing.

Her life was disrupted finally in Auschwitz on 30 November 1943, 29 years old. For Etty, the meaning of life was to serve at whatever cost, to ease suffering wherever possible, to love, to do good, and not to answer hatred with hatred.

Dr. Michael Schluter argues that much of the Biblical law is concerned with relationships. But…

What Europe needs right now is statesmen or -women, leaders with vision beyond national interest…

After the more serious reflections of the past few weeks, its time for a personal…

The one time I saw and heard Pim Fortuyn - bald, flamboyant, outspoken and homosexual…