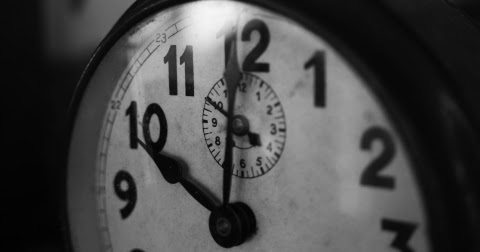 In a rapidly changing world, Christians must keep on praying for God’s will to be done on earth as it is in heaven. In this canopy of prayer, Ortwin Schweitzer shares some insights on how to pray over the issues that the world is facing today.

From the Canopy of Prayer

The 3rd decade in the 3rd millennium

God alone, the timeless one, knows what is coming. He reveals some things to his servants, the prophets. Others, the Futurologists for example, calculate future developments in a linear way from current trends that we are experiencing today.

What can we expect? (1) (“Continuity”)
Political: We are in a late phase of democracy in the transition from democracy to dictatorships which are manipulated by populists but democratically legitimised .
Meteorological: The question of global warming and climate change has been recognised as a human question. It will have an influence on the next decade. Possible follow-up topics: generation conflict; Migration flows; far more dangerous methane emissions from thawing permafrost.

Biotechnical: The increasingly precise specification of the “Crispr” gene scissors allows intervention in the genes of plants and animals. This intervention in human germ lines is still considered taboo worldwide. But for how long?

At all times, in addition to expected developments, there were sudden events that no one had “on their radar” which suddenly change all forecasts: e.g. global ash clouds, a worst-case scenario atom or a groundbreaking invention like that of artificial intelligence.

Christian lifestyle in the world of tomorrow (6 guidelines)

Our prayer can now be easily oriented on the 6 guidelines in personal acceptance and in ruling proclamation over the countries of Europe: “Jesus is King and Lord over Europe!”

How many prayers in the United States, Europe, and elsewhere in the world must have come to the throne of God to prevent a war between Washington and Teheran, so that both have been de-escalating.

1. On the weekend of January 18/19, 2020, the Libya conference was held in Berlin in order to move the powers supporting the war in the background to no longer deliver weapons. Pray for the implementation of the agreements and the stabilisation of Libya.

2. The coalition black/green as in Vienna could become a future model for other European countries in the defence of the right-wing nationals. Pray for Christians in the parties.

3. On the 31st January the U.K. will definitely leave the EU. Let us pray for the U.K. – with a grieving heart.

The arrest and escape of Schuman (Part III)

From the book 'Deeply Rooted' from Jeff Fountain. You can order the book here. Nearly…