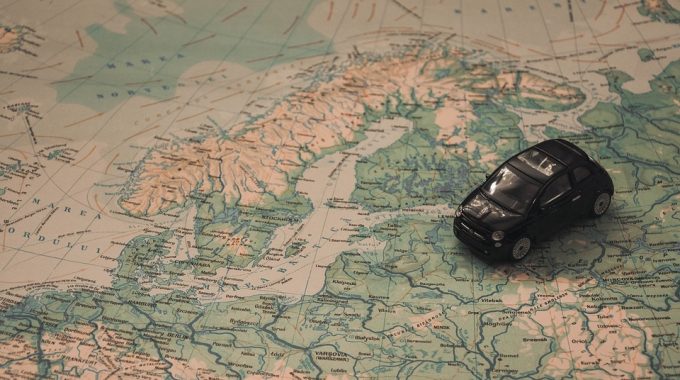 It is nearly impossible to picture the various regional particularities of Europe in a simple framework. Nevertheless, after having analysed some of the dividing lines of Europe, Dr Evert Van de Poll now gathers some of the general patterns together in order to help us understand Europe.

When we bring together all the patterns that we have noticed so far, wecan simplify the picture of the religious diversity by combining the three major divides in the form of a cross. This enables us to identify four zones and their main characteristics (see next page):

The ‘borders’ between these zones are of course abstractions of a more complex reality. Of course, this ‘cross’ does not visualise the religious and ethnic minorities spread all over Europe: Jews, Muslims, Buddhists, adherents of new religious movements. Nor does it bring out the increasing percentage non-religious people. Secularisation is taking place all over Europe, but it takes different forms in different zones. But as a general scheme it helps to understand divergences and convergences between the different parts of Europe.

When one travels across Europe, one only gradually moves from one cultural region into another. However, at some point or another, travellers will realise that they have entered into another world, another kind of Europe.For instance, when they go from Amsterdam to Moscow, they might get a feeling of transition already at the German-Polish border, or at some point east of Warsaw, but that does not change the principle of the cross over Europe. When travellers go from Copenhagen to Barcelona, somewhere along the way they will realise that they have moved from a Nordic to a Latin kind of region.

Understand resemblances and differences at a regional level

This cross over Europe is a generalisation, and a tentative one. We do not pretend to have analysed in depth the various aspects of these zones. Further research is necessary to refine and modify it. We have used a number of variables, but to check our provisional conclusions and refine the picture, other variables should be added, such as individual versus state initiative, tolerance of religious diversity in general and of Islam in particular, attitude towards authority, receptiveness of American way of life, etc.

Despite its provisional state, this cross clarifies why some national and regional cultures have more in common with each other than with others. Germans, British, Dutch, Norwegians and Swedes recognize much more of themselves in each other than they do when they compare themselves to Italians, Greeks, Bosnians or Romanians. Russians feel very different from French, and at the same time closely akin to Byelorussians and Ukrainians. And so on.It also helps workers in intercultural mission to understand that cultural dividing lines do not always correspond to national borders.

It seems that people in north-east Europe are quite receptive for work models coming from North America, whereas people in the south often take a reserved and critical stance, due to a larger cultural distance. People in the south generally have much more difficulty in learning English – and hence in adopting Anglo-Saxon ideas – as people in the north.

The Iman, the Rabbi and the Gay Columnist

Did you hear the one about...? Probably not, because I'm making this up as I…

Beyond our comfort zones

Being pro-life is a call for each of us

A speech from Alexandra Nadane during the State of Europe Forum 2019 in Bucharest. I…