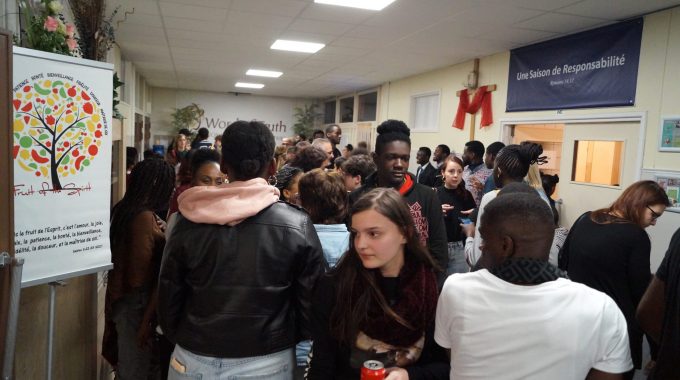 Very few European Christians realise how much secularism has infiltrated our lives. This is where we need the eyes of non-Europeans, such as Malawian lecturer Harvey Kwiyani to shed new light on our situation.

I am an African. I was born and raised up in Southern Malawi. I have worked in Europe and the United States for the past twenty years. I came to Europe in 2000 to teach at a now defunct school of ministry in Saint Gallen, Switzerland. For various reasons, what I did then— ministry that eventually took me to several countries around Europe—was not called “missions.”

Many of the people I worked with did not understand that an African can be a missionary, let alone serve in Europe. So, I worked as a Christian youth worker for three years before deciding to seek training that would enable me to be effective in mission among Europeans. I would acquire that training in Britain and in the United States where I studies while continuing to serve in mission. My work started out as a short-term mission service in Switzerland. Twenty years later, I am still here, and I am gravely concerned about the state of mission in Europe.

Indeed, living in Europe for this long time has afforded me an opportunity to observe and experience both the overwhelming impact of secularism on the European religious landscape and the utter helplessness of most European Christians to effectively engage it and evangelise their own neighbours. For instance, in my current line of work, I interact on a regular basis with students from several universities in Europe. I have learned that an overwhelming majority of university students in Europe refuse to identify as religious. My unpublished research on the faith of varsity-age children of African migrants in Britain suggests that less than 10 percent of overall students self-identify as religious, and less than 5 percent per cent of them identify as active evangelical  Christians. I learned from the younger-generation of African students that many of their non-religious European mates say that they are actually two or three generations detached from Christianity and, as such, they generally associate the word “Christian” with the Bible-carrying, tongue-speaking Nigerian Pentecostals who rent their school halls for church services or the Polish Catholics who have made the Mass viable again in their neighbourhood parish. I find this situation terrifying, especially when I hear many mainstream mission conversations in Europe spend more time discussing how to reach the Muslims in Europe or to send more missionaries to Africa and other places, paying little attention to the mission field among Europeans. We still need to discern how best to engage the post-Christian Europeans in mission.

The concern that I have for the state of mission in Europe cannot be adequately put into words. I do not agree with those Africans who want to taunt Europe saying, “Who is the heathen now?” Yet, the irony is there for all to see. Most European Christians, in my estimation, do not even begin to understand the seriousness of the situation. They have lived through the secularisation process and so they have been conditioned to see it as normal. It often takes foreign eyes (such as of returning Europeans or non-European migrants) to see things that seem normal to locals. For instance, upon coming back to England after over 30 years in India, Lesslie Newbigin was shocked to see that Britain had become a mission field like India — a harder mission field because, adding, “It [mission] is much harder than anything I met in India. There is a cold contempt for the Gospel [in Britain], which is harder to face than opposition… England is a pagan society, and the development of a truly missionary encounter with this very tough form of paganism is the greatest and practical task facing the church.” This challenge is yet to be seriously picked up, and I am afraid Newbigin’s voice is slowly disappearing into thepast. For those of us who have witnessed the explosion of Christianity in other parts of the world, the shock of a post-Christian and secular Europe is unfathomable. Many of us who have grown up seeing people flock to church almost every day of the week are shocked to see Europeans walk away from Christianity in large numbers. There is hope, though. God has sent help in the form of many prayerful and zealous Christians from around the world, understandably needing to learn the context, but ready and eager to engage. They do not use the label “missionaries.” Many of them are economic migrants, but they are Christians, very ready to serve God in Europe.

Given a chance to speak to mission leaders in Europe, I would emphasise three issues. First, I would ask them to begin to seriously think of Europe as a mission field. This is necessary because first, church history suggests that de-Christianised societies find it hard to convert back to Christianity. North Africa and Asia Minor are good examples. Second, the Enlightenment shaped secularised Europeans present a unique mission field different from almost every other people group in the world. Indeed, while the rest of the world is furiously religious, Europe, being an “exceptional case” (Davie) is becoming increasingly secular. Mission among secular Europeans, or indeed, secular anybody, is uncharted territory. Even more, mission and evangelism among Europeans cannot rely on the help of colonial empires as like most of the missionary work that took place around the world in the twentieth century. To many 20th century Africans, for example, the missionary and the coloniser were serving the same purpose. For those of us working in Europe today, we need to learn how to evangelise without attempting to colonise — which, I believe is how mission ought to be done everywhere. All this is to say that if we engage Europe as a mission field, we will need a new missiology. Just like the old missionaries studied their mission fields, we need to train missionaries for Europe. We need to send missionaries to European countries.

Second, I would encourage them to consider treating mission in Europe as a spiritual endeavour that I believe it is. The key to doing this is prayer. Above everything, it is prayer that will open the gates to shine God’s light in Europe. Plans, strategies, and visions are excellent, but they will achieve more if they are undergirded by prayer. Of course, even our social ministries that seek to dismantle systemic injustices will have greater impact when they are carried forward in prayer. Revivals happen – I am sure about this – but they happen because of prayer. We need prayer when we plant churches, when we run our food banks, when we distribute tracts on the high street, when we visit the sick in the hospital, and when we visit those in prison. We need prayer in everything we do.

Third, I would ask them to realise that to evangelise Europe, we need all Christians living in Europe to be involved. This is critical because of, firstly, the colonial history of mission and the racist history of Europe’s relationship with the rest of the world and, secondly, because the European mission field includes many hundreds of thousands of non-white Europeans and non-Western immigrants. Europeans will not reach all these people without the help of the global church currently present in Europe. Let the Brazilians, the Nigerians, and the Koreans, and the many other foreign Christians find their place in mission in Europe. I would ask European leaders to patiently help the foreign Christians understand the context of Europe better, and encourage them to pray for their missional efforts. It would also help for them to open up space in their organisations to allow the foreign Christians to contribute to their sense of mission.

Unfortunately, of course, Europeans have a hard time receiving or asking for help. Many Westerners are good speakers but bad listeners, especially if it is non-Westerners speaking. Generally speaking, Europeans always do the teaching, and the Africans must listen and learn. I do think that if the man of Macedonia (of Acts 16) called for help today, he would be ordered to just go to meet Paul at Troas. But in this current context of mission in Europe will need Europeans to do some listening, and to learn to receive help from the Africans and other non- Westerners living among them. The Spirit of God will help us to do all this. It is God’s mission after all.

Berger, The Desecularization of the World: Resurgent Religion and World

In Search Of Identity

Thursday this week is Europe Day, May 9, a day to celebrate our belonging to…