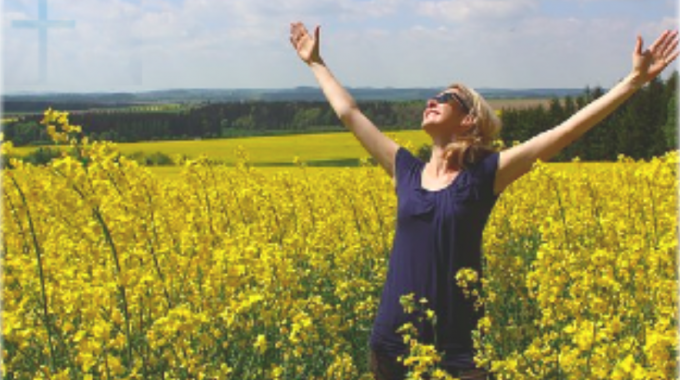 Which ‘gods’ are trying to compete with the authority of Christ in Europe? In this canopy of prayer, Corrie Oosterhuis shares her views on the question and inspires us to pray so that Jesus becomes the main focus of the Church and of the larger society in Europe.

“Christ is exactly like God, who cannot be seen. He is the first-born Son, superior to all creation. Everything was created by Him, everything in heaven and on earth, everything seen and unseen, including all forces and powers, and all rulers and authorities. All things were created by God’s Son, and everything was made for him. God’s Son was before all else, and by him everything is held together. He is the head of his body, which is the church. He is the very beginning, the first to be raised from death, so that he would be above all others.”

Jesus: Name above any other name

When Jesus was in discussion with spiritual leaders, he often proclaimed that He hadn’t come in his own name. The Father sent Him, and He only did and said what He saw the Father do. There was perfect unity in dependency. This was only perfect because of the love between them and the humility of Jesus, Who made Himself less than a servant to fulfil the will of His Father. So He received the “Name above any other name” (Phil 2:9).

Paul’s description of Christ (see homily) is outstanding. Jesus revealed Himself to Paul so clearly that he was never impressed any more by any other name.

His life was often in danger and it is generally accepted that he died because of the Name of Jesus. Throughout history many others lost their lives for that reason till today. People don’t like the Name of Jesus above them. Perhaps the real battle turns on the question: Whose name will be worshipped? Also in Europe?

Some “other names” in Europe

• Individualism and egoism: I am the centre: I have to live life to the full, I must have the freedom to make my own choices.

• Feelings: What I look like is not who I am, but what my feelings say, that is who I am. The psychologists are the counsellors.

• Climatologists and biologists: The earth is the centre: Take care of mother earth, she is almost dying.

• Mammon: Money is often the real reason behind many decisions. Care for the weak in society costs too much.

• And don’t underestimate the voices of the gods of other religions.
Do we recognise the source of all these voices in Europe? There is a lot of confusion. And sad to say, the church is confused too. But if Jesus is the Name above all names, and He is the Head of the church, how can there be confusion?

Are there “other names” in the church?

Are we overwhelmed by all the information? Is it our lack of dependency upon God only and do we look too much to other sources?
Are there other names above His Name, even within the church?
• Worship – is it more important how I feel during worship times than that it is about God?

• Compassion – are we so moved by people that this becomes our real motivation for decisions?
• Church – is the body more important than the Head?

• Goals – are our goals more important than to reach His heart?

Paul was very clear, if Jesus Himself is not the main centre of our faith, we will lose sight of the main purpose of the church: to make known the wisdom of God in its rich variety to the rulers and authorities in the heavenly places.
Let’s not become too ‘earthly’ in our faith, so that we can pray with faith and confidence: “Our Father in heaven, Hallowed be Your Name, Let Your Will be done, on earth as it is in heaven!”

• Pray for alertness for the body of Christ, that the Head of the church, Christ Himself, will be the main focus

• Pray for wisdom for the church in Europe, so that we may know when to pray and when to speak out in the fear of the Lord with boldness when the Name of God is at stake

• Pray for creative initiatives from the Christians in Europe to come up with God- inspired ideas for honouring the Creator in creation.

With the new agreement to restore the N. Irish government at Stormont, the two major parties will again be power sharing, and the lack of real decision-making which has lasted for three years should come to an end. This is the start of a new chapter, one which brings hope to N. Ireland, although much depends on the goodwill of all concerned and financial promises being kept by the British government, especially when managing the fallout from Brexit.

1. Pray for the ongoing unrest in Iran, and also for wisdom for Europe’s leaders regarding the current EU/Iran nuclear agreement.

2. Pray that the EU member states will be willing to support the “green deal” of the Commission with additional financial means.

A bridge to the future

"HOW I LOVE THE PRACTICAL REALISM of the Christian faith!" Such positive words spoken with…