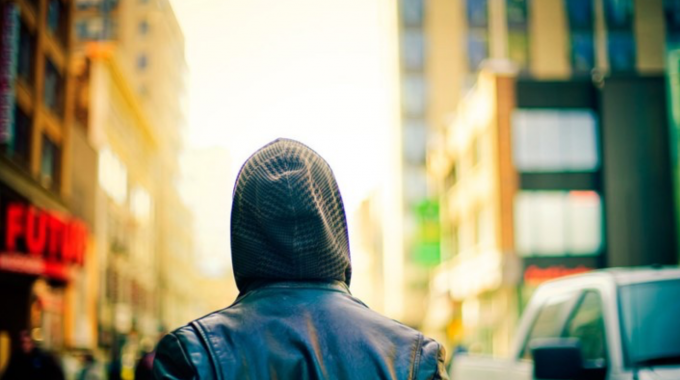 Consumerism, Social media and entertainment industry are shaping the dominant culture in the West and beyond. Its worldview is grounded in secular humanism, which denies the existence of God. In this article, Luke Greenwood explains how the church can bridge the cultural gap and reach out to this culture.

A study released in 2018 entitled “Europe’s Young Adults and Religion,” by British professor of theology and sociology of religion Stephen Bullivant, demonstrates one of the most crucial issues for mission in Europe today.

In the Czech Republic, 91 percent of young adults categorised themselves as religiously unaffiliated, while in the UK, France, Belgium, Spain, and the Netherlands between 56 percent and 60 percent said they never go to church and between 63 percent and 66 percent said they never pray. According to Bullivant, many young Europeans “will have been baptised and then never darken the door of a church again. Cultural religious identities just aren’t being passed on from parents to children. It just washes straight off them”.

Youth For Christ released another eye opening study, focused on Gen Z (12-18 year-olds), showing that only 32% of British teenagers believe there is a God, and of these, only 18% would be interested in finding out more. This is a staggering reality facing the future of the church and it’s mission.

The current urban generation, connected by consumerism, social media, and the entertainment industry forms the largest global culture to ever exist. It spans from Europe to South America, from Asia to the Middle East, holding the same values, listening to the same music, watching the same movies, and sharing the same posts.

This global culture is largely influenced by one predominant worldview: secular humanism. God is dead and we are at the centre. In this relativistic culture we are god, and consumerism is our religion. This is a generation that does not look to the church for answers, as it believes it to be a dead and empty tradition of the past. Either there is no God, or if He is there, He doesn’t really interfere with our lives.

And yet the God of the Bible is on a mission and His heart is broken for this lost generation. The message of His love—the gospel—is for everyone, and it is not right that young people today don’t get to hear it because we’re not making it accessible to them. They don’t come to us, so we need to go to them. As Jesus’ church, we need to realise the necessary changes in mind-set and lifestyle, and the need for a paradigm shift in missions.

The hope and opportunities come as we see clear signs of God in action, reaching out to the hearts and minds of this generation. There is a deep awareness among young people today that something is missing. This generation is spiritually hungry. This is evident when we listen to the cry resounding throughout the pop- culture and social media around us.

British indie rock artist, Florence Welch, talked about this in a TV interview about her 2018 album High as Hope. She described her awareness of a needy love she had been trying to fill. “Something outside of me needs to fix this….It’s like, I can date the solution, I can drink or take the solution. . . . this record is a recognition of ‘Oh, you can’t’!” When asked about her hit song “Hunger” Florence explained, “I was thinking about something bigger than romantic love. . . . The song kinda came from that idea – what was I looking for that is outside myself?”

This is the key question we should all be asking. The current predominant mindset tells us there is nothing beyond what we see around us. We’ve been brought up to believe that all we need can be found within ourselves. But if we’re honest, we know Florence is right. We need something bigger.

Most of this global generation are interested in spirituality but not formal institutional religion. The shift in culture towards individualism and personal choice has changed how society views God and religion. We define our own belief system and mix beliefs and ideas to fit our preferences. Religion falls among the many options and categories in our consumer habits. And at the end of the day, we are left with the unsettling sense that no one really knows what to believe in anymore.

There is a cultural gap between this globalised youth culture and the church. But bridging cultural gaps has always been at the core of the missions movement. It was modelled by Jesus’ incarnation, Paul’s mission to the Greeks, Hudson Taylor’s mission to China, and many others throughout the history of missions.

Missions has traditionally meant going to a distant land to learn a new language, eat strange food, and adapt to foreign cultures, but arguably the largest mission field today are the very cities in which we live. We need to practice the same flexibility and cultural adaptability to share Jesus in our own neighbourhood in this time when our faith has been pushed to the margins and is now seen as strange and alien to the culture around us.

Jesus’ teaching on salt and light gives us clear guidance on how to be in the world yet not of it. Jesus calls us to be distinct (salt that has not lost it’s taste) and influential (that your light may shine!). The problem is that sometimes we, the church, are too salty. We’re so salty that no one can eat the food. We’re so different that no one can understand us; we seem alien to the world around us. In fear of the world, we shut ourselves up in the ghetto and lose our relevance; we have no influence.

In other cases, we fall to the other extreme. We become the pop church, the hip church, with an influential voice. Our light shines bright, but we have lost our saltiness. We become the same as the world around us, losing our values and identity, losing our distinctness, our focus on the good news of Jesus. This commercial Christianity is filled with quick solutions and easy answers but has no power. Some reject it as just another product on offer, while others consume it but experience no real change. We need to stop offering a cheap Christianity to a generation that is tired of consumerism. We need to leave the ghetto and preach again the genuine and radical message of Jesus.

The mission opportunity here is huge, if we are willing to engage with and speak truth into the cultural scene of this urban generation. Jesus has called us outside the church, to the streets, clubs, festivals, and places where people need to hear the truth. This generation might be steeped in relativism, but there is a deep spiritual hunger. We can look at the mindset around us and the apathy towards Christianity and be fearful to speak, afraid to offend. But if we show people who Jesus really is, and his victory on the cross, then the power of God moves and people want to know Him. The loneliness and heart- felt need for belonging and true community in this generation is another opportunity for missions today. We all know how hard it can be, especially for a young person, to just walk into a church. So in the same way we boldly speak truth we must also be willing to make disciples in this scene. Learning to follow Jesus needs to start in the context people come from. This is becoming all things to all men. Not only did Paul go to the Greeks to preach Jesus, but he spent time with them, often years. He lived among them and showed them what it meant to be a Greek who followed Jesus.

We need to build bridges of discipleship, welcoming people into community and relationship without the formality of a program. A young believer learning to follow Jesus in the scene he comes from, learning to be salt and light to that world, becomes a missionary from day one as he continues to be engaged in his own environment and relationships, leading others to faith.

The ‘European’ Constitution for dummies – I

IF A CAMEL IS A HORSE DESIGNED BY A COMMITTEE, then what's the nature of…