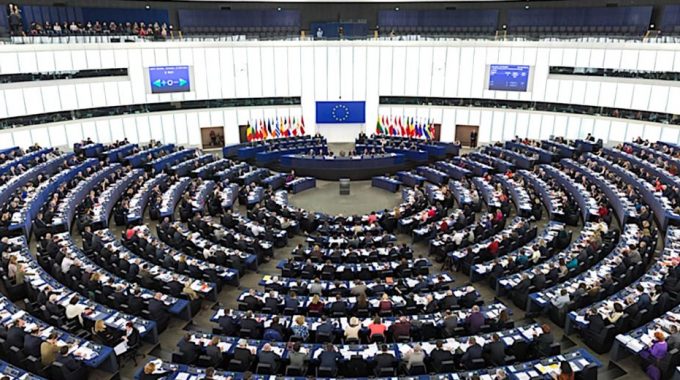 During this Christmas break, the Schuman Centre for European Studies will republish some excerpts of Jeff Fountain’s book ‘Deeply Rooted’. We start today with a portion of Jeff’s introduction.

Nearly seventy years have now passed since the French foreign minister, Robert Schuman, proposed a bold plan to link the peoples of Europe together in peace and solidarity. This plan has grown into what we know as the European Union today.

Largely forgotten, however, is the climate of hatred and bitterness, mistrust and suspicion, crisis and conflict, intrigue and insurrection, which dominated Europe in the years following the defeat of Hitler.

Euphoric scenes of flag-waving crowds welcoming victorious troops quickly gave way to the daunting reality of rebuilding a devastated and divided Europe. But how? On what foundations? With whose values? What could be done differently this time to break the seemingly-inevitable cycles of war among Europe’s tribes?

France and Germany in particular, with their central geographical location, had habitually behaved like alley cats scrapping over morsels of borderlands, repeatedly dragging their European neighbours into fully-fledged fights. Twice in the first half of the twentieth century, European brawls–with these two nations in the thick of it–had become global conflagrations.

The story of the stunningly swift yet lasting Franco-German reconciliation after the Second World War is central to the whole post-war European development. It is the story of a small committed group of statesmen who shared common values, vision and convictions concerning the essential foundations for Europe’s future.

It is a story with a central figure, widely respected and known for his integrity and humility, and universally acknowledged as the ‘Father of Europe’.

Yet the name Robert Schuman remains largely unknown or ignored in the English-speaking world today. If recognised, it is often confused with that of the nineteenth-century German composer, Robert Schumann (double ‘n’). While a google-search today for the name reveals numerous French book titles, English publications are scarce.

This ignorance and indifference points to a failure of our modern education. It reveals prejudices blinding us to the sort of big-hearted supranational vision necessary in our globalised world.

It is also a measure of how successful efforts have been to distort the story of the European project into simply one of a secular, pragmatic, technocratic entity serving an efficient market.

In these unstable times facing the European Union today, it is urgent to revisit the story of Robert Schuman. They compel us to learn about the vision, values and life experiences which motivated him in his mission to create what he once described as a ‘community of peoples in freedom, equality, solidarity and peace’.

For Schuman believed these values had laid the original foundations for Europe during the first millennium of the Christian era. Decades of attempts to reshape Europe in the vision of godless rationalism, chauvinistic nationalism and neopagan fascism had confirmed his conviction that Europe’s future depended on the recovery of Christian values to shape political and economic realities.

This anniversary also prompts us to recall how volatile and vulnerable post-war Western Europe was to the imminent threat of communist domination, through military, political and trade union action. Modern European history could have been very different. A third world war was a frightening possibility. Two decades after the collapse of the communist grip on Eastern Europe, we are tempted to forget how real, threatening and apparently permanent this domination was.

The peace and prosperity Europe has enjoyed since the war, especially in the west, was not simply the natural consequence of Hitler’s downfall. Rather, it was the fortunate result of several key factors, especially American economic aid through the Marshall Plan launched in 1947, and the trans-Atlantic military partnership of natoforged two years later. Both of these, however, could have foundered on the mistrust and bitterness among the European nations which came perilously close to repeating the mistakes of the past.

Schuman and his Christian colleagues saw the need to create a moral climate of forgiveness, repentance and reconciliation in which a ‘community of peoples’ could be nurtured.

The Schuman story further highlights the great irony of French obstinence to the mention of God, Christianity or Christian values in the proposed euconstitution of recent years. Schuman, the ‘Father of Europe’, a Frenchman, a former French premier and French foreign minister, acclaimed French statesman and visionary, urged care to be taken ‘that spiritual progress go hand in hand with the material’. He believed the European Movement would only be successful if future generations managed to tear themselves away from the temptation of materialism which corrupted society by cutting it off from its spiritual roots.

Far from sidelining and privatising his own faith, he saw his role in politics as a mission, a vocation, a calling from God.  ‘We are but very imperfect instruments of Providence,’ said Schuman, ‘which uses us to accomplish great designs that are beyond our comprehension.’

You are warmly invited…

Have you ever visited Romania?  If not, let me warmly invite you to Bucharest this…

Christian Social Reform: What is the Agenda (Part IV)

This is the last part of a lecture given by Dr. Michael Schluter (Jubilee Centre)…

When Liviu Mocan went to renew his driver’s license sometime after 9/11, the city official…