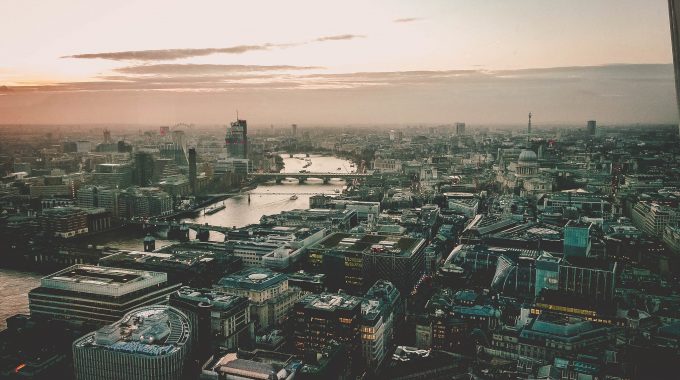 The twentieth century saw the rise of ideologies such as capitalism or socialism. Both were considered as bodies of thoughts independent from the lordship of Christ. In this final part of the study ‘Relationism: pursuing a biblical vision for society’, Dr Michael Schluter explains why Relationism can generate a widespread reformation in our nations if it stays connected with its Biblical roots.

Does Relationism have the ideological ambitions of capitalism and socialism? Such a suggestion immediately rings alarm bells for Christians. Ideologies smack of idolatry, solutions apart from salvation, and frameworks of political thought and action which do not acknowledge the Lordship of Christ. While Relationism could perhaps be regarded as an ideology in the sense of flowing from a worldview which is not shared by everybody, it should certainly not be regarded as an autonomous body of human thought.

Some would prefer to regard Relationism potentially as the basis for a Christian political party. This route presents serious difficulties. The Christian Democratic parties of continental Europe have demonstrated the dangers of baptising the politics of the Right (Germany) or the Left (Holland) with the name of Christ. While the values of political life can be drawn from the Bible, and as moral absolutes can be appropriately termed ‘Christian’, it is dangerous to attach the same label to the socio-economic means chosen for their implementation. In South Africa, for example, failure to distinguish between principled rejection of apartheid, and the specific policy of sanctions as a way of combating apartheid, unnecessarily alienated some from the church.

The Relationships Foundation (RF), which I helped to establish in 1993 as a catalyst to help make Britain into a more relational society, is based on Christian values, while not requiring any theological beliefs of its supporters.[1]Following the earlier model of the Keep Sunday Special Campaign, the RF simply states that it is founded on the ethical values of the Judaeo-Christian tradition. Thus its framework can be endorsed by any who recognise the central importance of good relationships for human well-being, and who are persuaded by rational argument or intuition that the under-lying principles are sound, regardless of their source.

So Relationism is less than a fully Christian framework of thinking. By focusing on love for neighbour exclusively, it fails to require the first commandment: to love God. The absence of the vertical dimension of relationships means that the essential motivation for building strong social bonds and restoring broken relationships, even at personal cost, is missing. However, in seeking to influence a society where Christians are a minority, Christians cannot appeal to the first commandment, to love God, in the way that the OT prophets did. Such an appeal today is the task of evangelism. The most Christians can hope for in a pluralist society is to persuade people of the benefits of biblical social teaching, and thus to have national law based on Christian rather than secular values.

In addition, by focusing public policy and personal lifestyle on the issue of relationships, Relationism is speaking in the categories and language of Christianity. It has been termed a ‘translation strategy’, helping to express in contemporary terms many of the core concerns of biblical teaching.[2]If biblical law plays the role of a schoolmaster to bring people to Christ (Galatians 3:24), Relationism must occupy the middle ground between on the one hand setting out ethical standards which do not assume that people are already in a relationship with Christ, while on the other hand affirming the relational nature of all reality.

Promoting Relationism into the New Millennium

For those who are convinced that it is possible to derive a biblically based agenda for political, economic and social reform using the relational approach, it is essential not just to analyse what is wrong in society but also to try and change it. Jesus called us not to be passive onlookers, but to be active as salt and light. The task is immense. Western societies are locked into an individualistic and materialistic worldview which is reinforced by the priorities of the mass media, especially commercial advertising, and by the preoccupation of political parties with economics and human rights. The centralisation of state power and individualisation of financial services (e.g. pensions, insurance, savings) provide further reinforcement. How can this stranglehold be broken?

The day of the think tanks is passing away; it is no longer sufficient simply to promote ideas at an intellectual level. Policy is made increasingly after practical experiment, pilot schemes and regional initiatives. If Relationism is accepted as a strategy for Christian political and personal engagement, we can expect widespread reform initiatives at national, regional and local levels based on relational thinking. Those in national and local politics, in business and financial services, in the professions and in caring roles will work to a fresh agenda.Whether Relationism has a long-term impact on Western society will depend, I believe, primarily on whether it stays in touch with its biblical roots. Divorced from biblical teaching, it will lack the coherence and cutting edge derived from the wisdom of God’s revelation in Scripture. It will also fail to attract and sustain the support of Christians who recognise explicitly or intuitively the truth and wisdom of its approach. If constantly renewed with the insights of biblical reflection, it may challenge successfully the dominant Western ideologies of global capitalism and market socialism.[3]

The fifth and last theme of the question ‘Who speaks for Europe?’ tackled in the…

Being pro-life is a call for each of us

A speech from Alexandra Nadane during the State of Europe Forum 2019 in Bucharest. I…