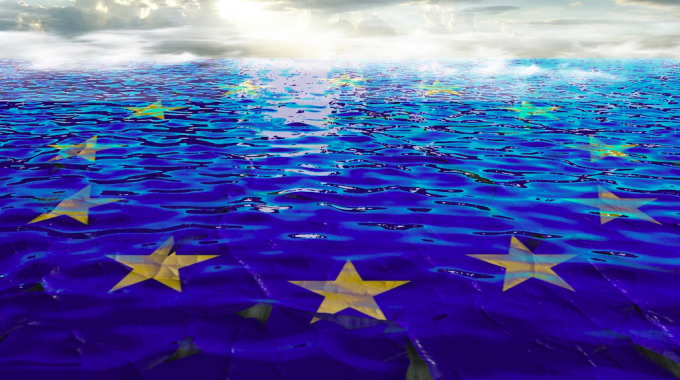 Dr Evert Van de Poll continues exploring the meaning of Europe. This is a draft of the future reedition of his book ‘Europe and the Gospel’. For more drafts, click on the tag ‘Europe and Gospel’ below the article

A whole – the idea of ‘Europe’

A third meaning of Europe goes beyond its geographical meanings. It is a whole to which someone belongs, or not. Being ‘European’ in this sense, does not refer to a place but to a history, a series of political and economic facts, certain cultural traits, values and customs, certain languages, a certain way of living, and so on. In the often quoted words of historian Paul Valéry, written a century ago:

Europe, then, stands for a consciousness that underlies the feeling of belonging to a whole, despite the differences and the diverging character of the groups that make up this whole.  ‘Europeans’ are people accepting to bear this name. They assume the characteristics that are associated with it, especially when faced with ‘others’ who are not considered to be Europeans.[1]

This consciousness of belonging to a collective whole is called the idea of ‘Europe’ – in inverted commas. Further on in this book, we shall see that this idea has taken on different forms throughout history. At this juncture, it suffices to summarize it shortly. For this, we quote the French philosopher Remi Brague, who speaks of the concept of Europe, which is a ‘consciousness of belonging’.

Brague goes on to say that this feeling of belonging is not the same for everyone involved. ‘It is flexible, and it evolves over the course of time. For each region one can ask the question at what point in time and in what sense it has begun to consider itself as European.’ Surely, the answers will vary.

Nowadays, the same question can be asked with respect to immigrants from outside Europe and their children and grandchildren. At what stage do they, their children and their grandchildren become ‘part of’ Europe in a cultural sense? And in what manner? Will they have to assimilate to existing European manners? Or is it possible to belong to Europe while retaining a large measure of the original culture? How do others look on them? Such questions are delicate but unavoidable. Especially with respect to Muslims ‘in’ Europe. How will they become ‘part of’ the ongoing historical experience called Europe?

Inversely, one does not necessarily have to be in Europe, geographically, to be part of the whole called ‘Europe’. Many things are associated with this whole and therefore called ‘European’: classical music, dress, democracy, university education, science and technology, market economy, established Churches, cathedrals, human rights, social welfare. Of course, all these things are now also found in other parts of the world, but we call them ‘European’ because they originated there. people can belong to Europe in a cultural sense, even while living in another part of the world.

We should add that people outside the continent can do better than many Europeans in domains that were first developed on this continent: Japanese in modern technology, Koreans in classical music, Chinese in industry, Americans commerce, and so on.

An ideal – Europe is still (and always) a future

Here we come to a fourth meaning, Europe as an ideal to be realised. This ideal is based on the idea of Europe, the consciousness of belonging to a whole, but it goes beyond that by turning it into a dream of a united Europe, in which the people who belong to it actually work together in peace. Ever since there is a consciousness of ‘we Europeans’, there have been efforts to create a structure to bring them together, either in an institutional church or in an empire. These structures have never succeeded in uniting all the people of the continent, as Christendom was internally divided, and empires were caught in enmity and warfare. Even the present European Union, which is the most successful attempt of unity that we have witnessed so far, falls short of the ideal.

Nevertheless, the ideal is there. Europe in this sense is always ahead of us, always in the making. It is a dream that demands the courage to dream. It is an invitation to move beyond the deceptions of yesterday and the sobering reality of today.

The ideal of Europe does not lie in the past but in the future. We are constantly changing. We can certainly be inspired by the history of Europe, but reconstructing the past is not an option to consider, it is not even possible.

What does the ideal Europe exactly look like? Difficult to draw up a detailed future scenario, given the diversity of people, cultures, religious convictions and political persuasions. But one can image the contours: peace, reconciliation, economic collaboration, social justice, cultural exchange, to mention a few. The ideal is not simply wishful thinking, but rather an extrapolation of the roots of European societies. Apply them to the issues of today. Turn them into sources of inspiration. What has made this continent into what it is? What do we learn from our history? Only by remembering the past can we get a clearer picture of the future.

From Jeff Fountain’s book Deeply Rooted. (Part I here) Eurosclerosis peaked in the mid-80’s. Enlargement was…

‘I was hungry, and you threw food at me like I was an animal in…

Who speaks for Europe?

Each Monday during the coming weeks, the Schuman Centre will publish an article from the…

It’s kind of like a spiritual chaos theory. You burn a Koran in Florida and…