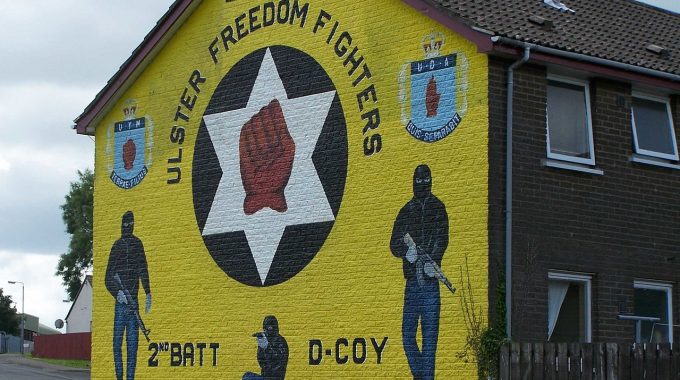 This is the edition 74 of the Canopy of Prayer. For more information, visit https://www.canopyofprayer.eu

The Bible says: “Lord, you establish peace for us; all that we have accomplished you have done for us.” (Isaiah 26:12). In many ways, peace in Northern Ireland has been a gift that we have come to take for granted. It is all too easy to forget how hard it was to achieve and how painful it was to make the necessary compromises. In order to avoid a catastrophic re-emergence of conflict and deepening of division here, compromise will be needed once more. Such compromise means a refusal to be cowed by fear and a clarity of vision for the common good. Peace is not the same as contentedness; it can mean a restlessness for righteousness, truth and justice. Peace is not an end point but a process. We are all feeling vulnerability and uncertainty regarding Brexit at this time. We all share a responsibility to determinedly focus on whatever is true, noble and right, in our humble quest for peace.

Brexit and the Irish border

At a time when borders are hardening around and within Europe, the process of the UK’s withdrawal from the EU is faltering over the need to avoid a hard border on the island of Ireland after Brexit. This is not just an Irish concern but one that addresses the very nature of the European project. It is a reminder that borders can be understood, not as barriers, but as points of connection between countries and communities.

As the Irish border looks set to become an external border of the EU, the realities of Brexit really hit home. 45 years of joint membership of the EU has meant that integration across the Irish border has fostered deep and close personal, cultural and social ties as well as legal and economic ones. Indeed, the unique importance of this integration for Northern Ireland means that it is simply not possible for the UK to have a ‘clean break Brexit’.

The full consequence of EU integration could not possibly be realised until the 1998 Good Friday (Belfast) Agreement. This led to the removal of the military apparatus around the Irish border and to the gradual process of making it less a matter of security which in turn enabled the slow but steady socio-economic recovery of the region. This has been vital for fostering peace.

Peace was agreed between the British and Irish governments and political parties of N Ireland after long and difficult negotiations. However, it was only embedded by the small, everyday decisions of ordinary citizens on both sides of the border. These small decisions that build bridges and trust are crucial to deep transformation.

All of this has been built on a close British-Irish relationship, which has depended on a sharing of sovereignty, an acceptance of multiple identities, collaboration, and joint commitments to the good of all in N Ireland. The very logic of Brexit threatens all these things. This is not to say that it is incompatible with peace, but the very existence of the 1998 Agreement requires a careful, unique approach to N Ireland in the Brexit process.

By describing the Brexit question for N Ireland as being one of being closer to Ireland (the EU), as nationalists wish, or to Britain, as unionists wish, it inevitably aggravates the old conflictual tensions in the region, which can be readily exploited by those who never fully accepted the compromises of the 1998 Agreement to begin with.

The greatest fear of those in Northern Ireland and the Irish border region is that the future will mean a return to the distrust, polarisation and violence of the past. As is appropriate for a challenge for the EU, practical cross-border measures have important symbolism. And such decisions need to be treated with great care, sensitivity, and attention to detail, and with courage enough to compromise.

For the responsibility of the UK government and European Council in understanding and accommodating the diverse opinions over Brexit and all its possible consequences.

• For a greater desire in Britain to know and understand a neighbouring country and to appreciate the legacy of history – and that this may be a reminder for other European countries too.

• For strength and courage for those who seek to raise awareness of the consequences of Brexit-related decisions and for those who work to manage their aftereffect in a place of fragile peace.

Here is the second of three short articles by Tim Svoboda, YWAM's International Director of…

Imagine a world without love: where might is right, money trumps justice, indifference cancels out…