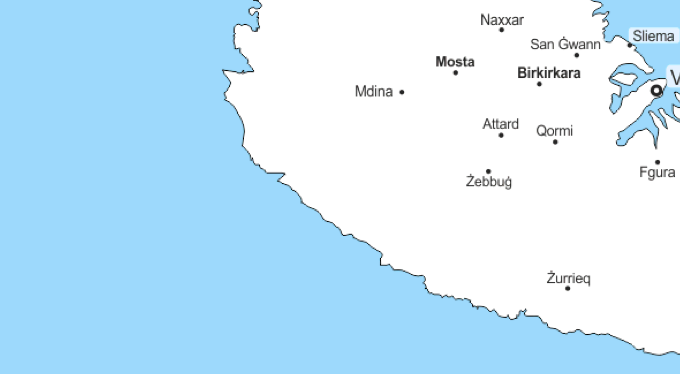 After a series of stages in the footsteps of the Waldensians across France and Italy (stages 26 to 30), we will now start another mini-trip across Europe looking for how the Gospel reached the pagan tribes of Europe.

When Jesus walked on earth, the Roman Empire was primarily made of two main groups: tribes, which had been assimilated into the Greco-Roman civilization, and a substantial minority of Jews (which might have amounted to 15% in certain cities). These so-called Hellenic Jews may have been the first to bring the Gospel to the Empire.

Even though Europe was largely dominated by the Roman Empire, it didn’t cover the whole continent. There were tribes that were neither influenced by the Jews, nor by the Greco-Roman civilization. Most of them resided outside the Roman borders, but there were also such tribes within the Empire.

So in this mini-trip, we will specifically look at how the Gospel penetrated those groups.

In the Bible, we actually find two accounts in which the Apostle Paul came into contact with such tribes. The first one was in Lystra and Derbe (modern-day Turkey, see Acts 14 and 16) and the second one was on the island of Malta, where we will go for the first stage of this series.

We are going to the south-eastern end of the island, to Marsaskala. This seaside village, known in Maltese as Wied-il-Għajn (meaning the Valley of the Springs) is nowadays a holiday resort. The discovery of Christian catacombs and the remains of Roman baths in the vicinity suggest that Marsaskala might have been a Roman harbour. The name Marsaskala could be a combination of the Arabic word Marsa (meaning bay) and the Sicilian Skala (meaning little inlet). This shows how Malta is a crossroads between Europe and the Arabic world.

In Marsaskala, there is also a promenade along the beach bordered by palm trees. Let’s take a walk along it and take a seat to look towards St Thomas Bay.

Why should we stop here?

Before explaining the reason, let’s take a look at the Biblical story which led Paul to Malta (Acts 27 and 28).

Paul, who had been a prisoner in Jerusalem, had been sent to Rome to defend his cause before the emperor. On the way there, Paul was divinely warned of dangers ahead and so he advised the centurion who was responsible for the ship to winter in Crete. Nevertheless, the centurion decided not to heed his advice and keep sailing.

As Paul had predicted, a storm arose. After two weeks of hardship, Paul received a revelation that while the ship would be lost, all the people would make it to safety. And this is finally what happened: the boat was shipwrecked near the coast of Malta and all the passengers reached the shore safe and sound.

So why are we sitting here in front of St Thomas Bay? Shouldn’t we be standing at the other end of the island in front of St Paul’s Bay, as that is the place where the shipwreck is believed to have occurred?

Some years ago however, an American explorer studied the clues of Acts 27 (a north-easterly wind, a sandy bay, a reef, a place where the ‘waters meet’, an unrecognized coastline…) and assumed that the description did not match St Paul’s, but rather the place where we are today.

His assumptions were further confirmed when he discovered that Maltese divers had already found four anchors at this location some years before. While three of these have since disappeared, the fourth one is on display in the Maritime Museum of Birgu, not far from where we are today. A professor of the University of Malta confirmed that the anchor could have been from a Roman ship of the same period. This and other points seem to confirm that the anchor indeed belonged to Paul’s ship.

Here it was the miracles that God performed through Paul that brought the islanders to the knowledge of God. Firstly Paul was bitten by a snake and yet it had no consequence on him. This was a remarkable event as the islanders believed that being bitten by a snake was a judgement from one of their gods (which actually shows that every belief contains some sort of understanding of sin and judgement). Secondly, Paul healed the father of the chief official of the island. And finally, all the sick of the island came to him and were healed through his prayers.

Malta has been a largely Christian land ever since Paul’s unplanned mission trip. This can be seen through its history and its architectural landscape which displays numerous churches.

In the following stages, we will discover how some of Paul’s successors brought the Gospel to other pagan tribes.

https://soundcloud.com/aeuropeanjourney/a-european-journey-33-merano-italy Today we will visit Merano, an Italian town in the region of South Tyrol.…

https://soundcloud.com/aeuropeanjourney/a-european-journey-89-enyd-elidius-isles-of-scilly-england There is a little desert island off the coast of Cornwall which, quite amazingly,…