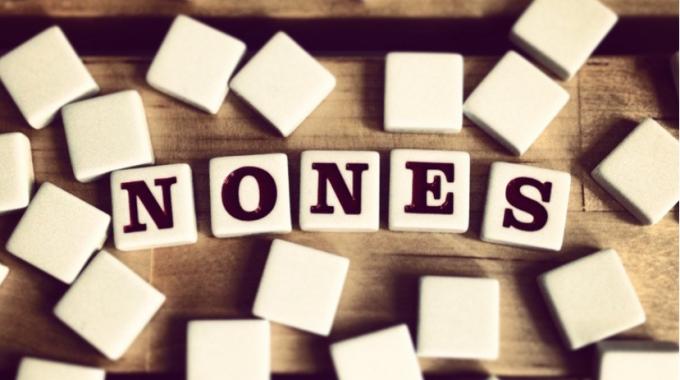 An article from edition 31 of Vista magazine.

A response to the Pew research center’s 2018 report, Being Christian in Western Europe

Contemporary Christian beliefs and behaviours in Western Europe are rarely researched beyond the national level. To address this knowledge gap, Pew Research conducted 24,599 telephone interviews in 15 countries between April and August 2017. Additionally, 12,000 ‘religiously unaffiliated’ individuals (atheists, agnostics, and people with ‘no particular view’ – or ‘nones’) were interviewed and their attitudes and practices also recorded. A comprehensive 156-page report was published in May 2018.

In describing Western Europeans, Pew’s researchers distinguish between several population categories: the baseline ‘Western Europeans’ (or WEs), the ‘religiously non-affiliated’ (or ‘nones’), non-practising or non-attending Christians, church-attending Christians (or the ‘religiously observant’), and the religiously committed. It’s important in reading the report to make sure that these categories are understood correctly. At times they appear to be used interchangeably or in ways that do not make the distinctions very clear. With this minor caution noted, it’s time to dip into the riches of the report.

What’s known about the prevailing beliefs of Western Europeans?

According to the report, 71 percent of WEs identify as Christian, though only 16 percent attend church at least monthly. Christian identity remains a meaningful marker for the individual – even where it might not mean what an evangelical missionary means by it. The report demonstrates that WEs are predominantly ‘non-practising Christians’ with 80 percent saying they know about Christianity and its practices, a clear contrast with the two out of three WEs who profess ignorance of Islam and Judaism.

Belief in God is claimed  by 58 percent of WEs, although only 15 percent claim to do with absolute certainty and only 15 percent believe in a biblical God. Half of these, or 29 percent of WEs, understand God as primarily ‘all-loving’. Notions of God as judge, all-knowing, or all-powerful, are far less commonly held by WEs. However, two-thirds of WEs believe they have a soul and 40 percent believe in an afterlife.

Just over one in ten Europeans describes themselves as ‘spiritual’, although a quarter claim to be both religious and spiritual (among whom are doubtless many of the church-attending Christians). Of those who self-identify as spiritual, two-thirds believe in a higher power or force. Only 12 percent of these believe in God as described in the Bible. However, they are more likely to engage in New Age, Eastern, or folk religions, fear the ‘evil eye’, practise yoga as a spiritual practice, and believe in reincarnation, horoscopes, tarot cards, and the abilities of fortune tellers.

Whilst only 8 percent of WEs try to persuade other people to adopt their religious views, a more significant 24 percent give money to their church. This reflects their generally positive assessment of the role of religious institutions in society: helping the poor and needy, bringing people together, strengthening community, and, for some, strengthening morality in society.

What do we know about the religiously unaffiliated (the ‘nones’)?

The ‘nones’ are typically younger, more highly educated, and disproportionately male. Two thirds of them say they were baptised and raised as Christians, gradually drifting away for various reasons, including the church’s negative  stance towards homosexuality,  abortion, or scandals  within the church.  Consequently, very  few of them ever attend a religious service. It is this population group that is of interest to scholars of nominal belief and practice in Europe, who are likely to describe this group using the alternative definition of ‘nominal’.

Intriguingly, just under one third of the ‘nones’ say they believe in ‘a higher power’. This slice of the atheist/ agnostic pie interested the Pew researchers, who labelled them ‘religiously unaffiliated believers’. They are highly likely to believe that they have a soul and less likely than other ‘nones’ to express anti-religious attitudes. They are also more likely than Christians to engage in alternative New Age or other spiritual practices.

‘Nones’ are much more likely to be found in Protestant countries than in Catholic countries and being raised as a ‘none’ makes it highly likely that one will die a ‘none’. Encouragingly, some people raised as ‘nones’ do embrace religious identity and/or practice later in life. Across Europe, 17 percent of the former ‘nones’ have embraced some form of religious affiliation (identity, non-attending, or attending and believing).

For this report, Pew researchers defined the category of ‘non-practising Christian’ by identifying individuals who no longer attend church services (‘non-practising’) but who retain religious beliefs that were sufficiently orthodox to be described as ‘Christian’. Across Europe, non-practising Christians outnumber the ‘nones’ although a majority say they are neither religious nor spiritual! They tend to believe in God (or a higher power), to be more positively inclined towards religious institutions, and favour legal abortion and same-sex marriage. A majority say they are raising their children as Christians but insist that religion should be kept out of government policy.

The non-practising Christian is described by Pew researchers with reference to religious belief, views about the place of religion in society, and views about national identity, immigration, and religious minorities. (Vista’s editors note with some measure of satisfaction, that these are themes that Vista has constantly kept in view from the first edition).

The message behind the myth