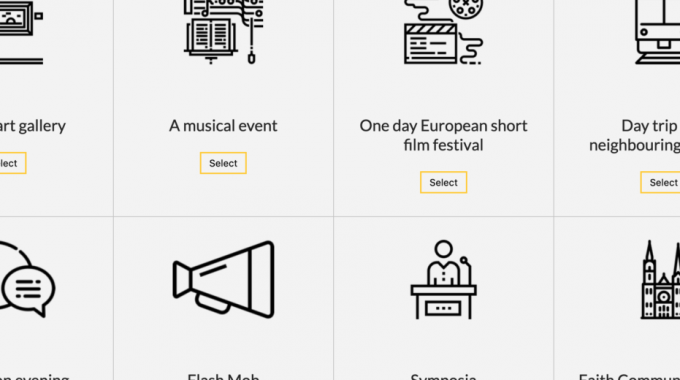 Thursday this week is Europe Day, May 9, a day to celebrate our belonging to a family of peoples which have lived together in peace for an unprecedented 74 years.

With our Schuman Centre colleagues in Romania, we will hold a Europe Day Celebration in the Patriarchal Palace, Bucharest, on Thursday at 19.30. Dr Teodor Baconschi, former Romanian Ambassador to the Vatican, France and Portugal, and ex-Minister of Foreign Affairs, has offered to speak on how our Christian heritage can still inspire the European project. So if you just happen to be in the neighbourhood…

A year ago, we began the May 9 Project to encourage Europeans everywhere to celebrate our connectedness and interdependence, our unity with diversity and our common spiritual heritage. We launched the www.may9.eu website to offer ideas for how to observe the day. One idea, to organise a meal with foods from different countries, inspired the following recent email from Thomas B. in Munich: “Last year, we celebrated Europe Day in my team from fifteeen nations at work (BMW) and enjoyed lots of international food.”

Last Friday in Esslingen, Germany, I was invited to give the opening address at a “Together for Europe” event organised by the YMCA in anticipation of Europe Day and the upcoming European elections (23 to 26 May). Several German politicians were present, including Evelyne Gebhardt, vice president of the European Parliament, each sharing their perspectives on Europe.

The evening finished with a politician in each corner of the hall engaging with members of the audience, while beers and wines from different countries were served, reminding us of the diverse enrichment our family of nations has brought.

Here is part of what I shared:

Many these days are searching for their personal roots, inspired by popular tv-programmes like ‘Who do you think you are?’ and DNA agencies offering to trace one’s genealogy. We want to know about our heritage because we want to know our identity. We hear a lot these days about ‘identity politics’, where people form exclusive political alliances around a particular racial, religious, ethnic, sexual, social or cultural identity, instead of engaging in traditional broad-based party politics.

And so we search for smaller, local, specialised identities to build our lives around. We find ourselves in a Europe breaking up into a fragmented, polarised, small-minded populism. Perhaps it is time to research our European DNA again, and ask: is there a broader, more inclusive identity that we share?

In fact, there is a story that explains much about the wellsprings, the source, the soul of European life. Like the watermark on a banknote, there is an indelible imprint on European culture that is visible when we hold it to the light. For, while the European story has roots in both ancient Athens and Rome, the classical legacy alone was not sufficient for the emergence of Europe. The Hebrew revelation of a God who created humans in his own image, imago dei, laid the foundations of the European concept of humanity, with dignity, rights and sanctity of life.

Secondly, it was the Christian concept of moral equality which profoundly shaped European law and government. The essential European ideas of the individual and of equality were not discoveries of the Enlightenment, but rather the fruit of Christianity. St Paul’s words, that in Christ there is neither Jew nor Gentile, slave nor freeman, male nor female, made him the greatest revolutionary in history, says Oxford professor Larry Siedentop.

These thoughts inspired French foreign minister Robert Schuman to propose – on May 9, 1950 – a truly radical plan that caught the world by surprise. In a speech of a mere three minutes, Schuman laid the foundations for the European house in which today 500 million Europeans, from 28 nations (still), live together in peace.  His vision was for Europe to become a community of peoples deeply rooted in Christian values. This speech is recognised as the birth of what has become the European Union.

We do well to celebrate May 9 as Europe Day. Not as a top-down political imperative from Brussels, but as a bottom-up, peoples’ movement, a cultural expression of gratitude for our enrichment through connectedness with our neighbours.

Following Schuman’s example, we can also make this a day of prayer for forgiveness and reconciliation in our increasingly fragmented and polarised Europe.

THE RECENT CARTOON RIOTS STIR IN ME FEELINGS OF AMBIVILENCE. On the one hand, we…

The missing Christians: a global call (Part I)

An article from Vista Magazine (edition 31) Something has gone terribly wrong. One third of…