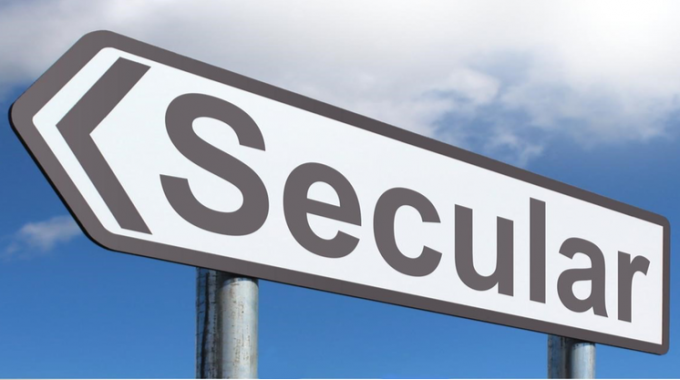 An article from Evert van de Poll for Vista Magazine. (Part I here)

A second aspect of the SMR society is the recognition of the importance of religion, and Christianity in particular, for the cohesion of society. French sociologist Yves Lambert argues that we should replace the old secularisation model of a one-way process in which religious communities are more and more marginalised, by a pluralist secularisation model in which religion remains important. ‘In this model, religion should not hold sway over social life, but it can play its full role as a spiritual, ethical, cultural or even political resource in the broadest sense of the term, while respecting individual autonomy and democratic pluralism’ (Willaime, p.13).

Habermas agrees, when he writes: ‘For the normative self-understanding of modernity, Christianity has functioned as more than just a precursor or catalyst. Universalistic egalitarianism, from which sprang the ideals of freedom and a collective life in solidarity, the autonomous conduct of life and emancipation, the individual morality of conscience, human rights and democracy, all of that is the direct legacy of the Judaic ethic of justice and the Christian ethic of love. This legacy, substantially unchanged, has been the object of a continual critical  reappropriation and reinterpretation. Up  to this very day  there is no  alternative to it.  And in light of the  current challenges of a post-national constellation, we must draw sustenance now, as in the past, from this substance. Everything else is idle postmodern talk’ (pp.150-151).

Italian author Roberto Cipriani speaks of the ambiguity of Western Europe. While there is a strong push towards breaking with the past, and developing a secular society and secular lifestyles, people are simultaneously drawn in the opposite direction as they feel the need to remain connected to the past. ‘The (anthropological) truth is that the options of fundamental values, and of experiencing the sacred that transform life, are limited, even in modern times. They are all weakened by reciprocal pressures. Because of this, the push towards the new does not always have the upper hand. There is also pressure to remain in continuity with the past. Hence the endurance of traditional religious values and institutions, which often serve as a refuge in difficult times’ (p.xx).

A refuge for some, a  reassuring sign for  others. Observers  all over Europe  notice examples of  what Grace Davie  has called ‘vicarious  religion’, that is, the notion of religion performed by an active minority but on behalf of a much larger number, who (implicitly at least) not only understand but approve of what the minority is doing. It is like the reassuring presence of someone to whom you can always go in time of distress, or mourning, or celebration.

Even though Davie herself suspected that this phenomenon would gradually disappear, we still see many examples of this, such as non-affiliated Germans continuing to pay a Church tax (though this is no longer obligatory), or the Belgian state spending tax money to pay the salaries of pastors and priests because it recognises the usefulness of churches for society at large.

Closely related to this is a third aspect of the SMR society: the changing relation between religion in general and the Church in particular on the one hand, and the political realm on the other. French sociologist of religion Jean-Paul Willaime writes: ‘We are at a turning point where religions, far from being seen as more or less obsolete traditions that are resisting a conquering modernity, can increasingly appear as symbolic resources preventing politics from turning into a mere bureaucratic management of individual aspirations and avoid that modernity dissolves itself in a generalized relativism’ (p.13).

His compatriot Bérengère Massignon calls this the ‘second phase of secularisation’. In the first phase, the secularised state took over the role of the churches in society (education, health, transmission of values, social care, defining ethical norms, etc.). The ‘neutral’ state had the tendency to secularise the public sphere, in which it took the central place, as though Caesar were God, who lays down all the ethical rules and tells people how to behave. In the second phase, the state recognizes its limits in moral issues and the importance of religious institutions and civil society when it comes to transmitting fundamental values. This leads to a desacralisation of politics: the state is neither God nor Caesar. For a long time, the main thrust of politics with respect to religion was separation of Church and state, non-interference. In the SMR society, this changes into a constructive approach: how can churches and religion in general contribute to the common good in society?

During a recent seminar, I heard a Dutch politician saying: ‘precisely because Christians have become a minority, politicians can appreciate what they do for people in need, and listen to their ethical appeals, because they don’t have to fear the dominance of the Church as in the old days.’

The Tarot for dummies

ONE LAST TIME, BEFORE CHANGING THE SUBJECT! Andreas, a Hope for Europe colleague - and…

Reading in the New Year

So, did you manage to catch many cosy hours over the Christmas break in front…

The divides of Europe

The message of the Gospel was the primary life source of the European continent. Yet,…

Thirty-four years ago today, I left the shores of my homeland for the first time.…