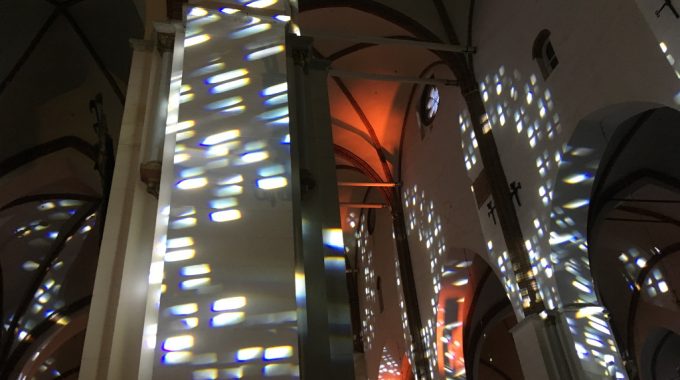 In January you expect a real winter in Latvia. Icy sidewalks, snow piles, slush, messy driving… this time of the year I walk the streets of Riga watching every step and practicing good balance. Compared to millions of people currently experiencing the polar vortex in the USA, I guess we cannot complain too much.

January with its cold temperatures is also a month that brings memories from 1991. Every year Latvia commemorates January 20 and The Time of the Barricades. It was one of the most tense and dangerous periods during mostly peaceful transition from the Soviet regime to a democratic and free Latvia. There was a real threat that Soviet military would use force to stop these changes by taking over strategically significant buildings and institutions – TV, Radio, Parliament – in the capital city of Riga and other main cities. People in Latvia quickly mobilized themselves to protect those institutions by building barricades.

The awaiting for confrontation lasted January 13 – 27 and thousands of people participated in taking turns on the barricades. My dad and his whole group of work colleagues took position at the TV tower in Riga, and I went to visit him there a few times, bringing food and hot tea. Actually in our family, mom was usually the one who went to demonstrations and protests and took more risks. Dad reminds me how mom and I had gone to Riga immediately after hearing on the radio that the barricades need to be built. I remember walking around the center of the city, amazed at all the big trucks and bulldozers that came out of nowhere and the huge concrete blocks being pulled and piled on.

It was a very cold January and people started small bonfires on the streets. Those became more than meeting places to get warm, relax and exchange the latest news. I remember people sitting around those bonfires singing and praying. At the same time the church buildings were  open for shelter and refreshments.

Memories are an interesting phenomenon. What we remember and how we remember! One of my favorite theologians, Miroslav Volf, in his book “The End of Memory” writes about collective memories as “sacred bonfires” which people gather around. It symbolizes the strong bonds and identity created by shared experience. The Time of the Barricades was certainly one of those collectively shared experiences which I remember as a highly spiritual time. I mentioned the church buildings being used as kind of headquarters and many of us had never spent so much time inside a church

I was just a teenager and certainly not religious. Still, I joined thousands of others in realizing that we need a higher hope against all odds (honestly, those barricades could not have stopped a serious attack). The churches had people praying but more significantly I remember feeling the streets were the church. The bonfires was where the fellowship took place and the shared food was like the Eucharist. Everyone was sharing what they had and there was no difference in social status, ethnic background or religious affiliation.

Two weekends ago I was sitting in one of those churches that were so central in the Time of the Barricades. Dome Cathedral was hosting a special commemoration concert and it was packed. Not as packed as it was at times in 1991, but the emotions of many, especially elderly people, were visible. I was moved by the beauty of music and lights, but mostly I was moved by memories. And I cried.

And afterwards I was deeply touched by some of the overheard conversations. People commented how easily we take something for granted or become ungrateful. On the other hand, I was thinking how much the church struggles to remain the prophetic voice and to be out there on the streets when the system changes and the brutal persecution stops. How in peace times the church retreats from the public sphere and  tends to focus on individualistic spirituality!

One of the songs that night was called “Prayer” which was a very popular song during the days of national awakening and transition. It ends with words:

Let us walk through ages toward the unknown times,
Give us strength, give us courage, give us one mind, Father!

You can read more articles from Ineta on peaceroads.com

AMONG THE PILE OF MAIL AND MAGAZINES AWAITING US ON OUR RETURN FROM DOWN UNDER,…

Dreaming about the future

Tomorrow evening in the Chapel of the Resurrection in Brussels, a panel of speakers will…