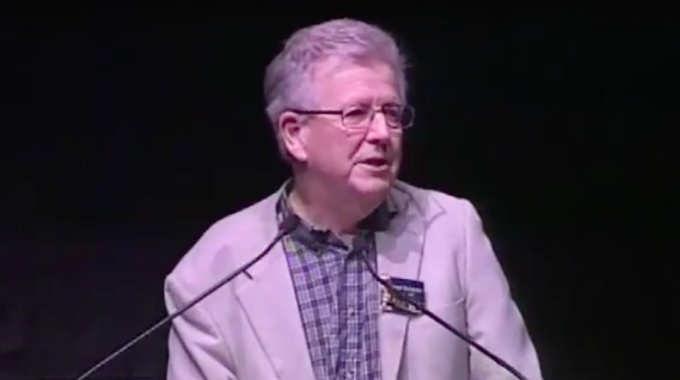 In these times of uncertainties for the European project, is there a way forward? Can we find Biblical answers to our modern-day issues? This weekly word from Jeff Fountain dating back from the 5th of July 2004, offers a Biblical framework for the organisation of our modern-day societies

Big ideas are out, so we’re told. Post-modern society is diverse and fragmented, and can’t be reduced to any one organising concept, like capitalism or socialism. Pragmatism reigns. If it works, it’s good. Single issue politics is popular. That we saw in the recent Europarliament elections.

But where will this all lead? How sustainable is this all? To what degree does it seem to work because we are still drawing on the (dwindling) deposits of centuries of the Judaeo-Christian tradition in Europe and the western world? How do we know the pragmatic approach really works? Has enough time elapsed for us to see the long term effects of case-by-case pragmatic policy making? Isn’t this approach likely to produce inconsistencies and inequalities?

Someone once asked Jesus: ‘Teacher, what’s the Big Idea?’ Or words to that effect.

Jesus answered simply with the four-letter word, L-O-V-E. LOVE God and LOVE your neighbour, even if he’s your enemy. The whole law, said Jesus, hangs on these two imperatives (Matt 22:36-40). The glue of society, Jesus implied, was relationships.

In today’s real world, of course, such an answer is considered naïve, impractical and unrealistic. That is not the language of money, economics, politics and military power. It’s not a language widely spoken in Moscow or London, Berlin or Paris, Washington or Brussels.

Yet, according to Dr Michael Schluter, it is this very Big Idea – the imperative to love God and neighbour – that is the biblical alternative to the dominant western ideologies of global capitalism and market socialism. This Big Idea, believes Schluter, is the way forward beyond today’s pragmatism.

As an economist with the World Bank in the 1970’s, Schluter was searching for a biblical alternative social vision to the situation in socialist Tanzania. With other scholars he took a fresh look at the Old Testament as an ethical foundation for public life. He began to discover a remarkable internal consistency in what at first appeared to be random collection of laws. The Jubilee laws for land, the ban on interest, the role of the Levites, political structures, welfare arrangements and military organisation all cohered in central theme, the key to which he discovered in the New Testament.

Schluter’s ‘aha!’ moment came when reading Jesus’ brilliant synopsis of this Law. While capitalism was concerned primarily with the deployment and growth of capital, and socialism focused on the role and organisation of the collective, Jesus emphasised the quality of relationships. The Big Idea of Old Testament law was relationships. All these seemingly unrelated Mosaic laws protected and promoted relationships in the long run. In other words, a society should not be evaluated by its GNP, or the efficiency of its markets, but in how that society fosters healthy relationships.

So relationships were the key, concluded Schluter, both to interpreting and applying biblical law today, and to evaluating society today.

“Think of an undeveloped nation,” Schluter sometimes asks his audiences. (Go on, do it yourself.) After a few moments, he asks which continent or region they were thinking of. Most think of Africa, Asia or the Caribbean. (Did you?) Then he asks, in what sense did you think of ‘undeveloped’? In terms of economics? or of relationships? Which countries are least developed relationally these days? Which countries have the greatest divorce rates, for example? The US and the UK, he answers.

Schluter calls this language of relationships Relationism. He has developed this idea to embrace a wide range of social initiatives and has spelt this out in his writings and speaking. He is co-author of The R Factor and The R Option, and has founded the Relationship Foundation, the Jubilee Centre in Cambridge and the think tank that produces The Cambridge Papers.

He has initiated a range of projects underway in England and other countries including employment schemes, relationships audits in multinationals, and the Keep Sunday Specialcampaign in England. He has worked with the Scottish Prison Service to promote better warder/prisoner relationships, and advocates ‘relational healthcare’ and ‘relational justice’. The latter views crime not as the individual breaking the rules of the state, but as a breakdown of relationship between offender and victim/community.

So is Relationism just another ‘-ism’? Is it yet another Christian ideology? Schluter admits that ideologies ‘smack of idolatry, solutions apart from salvation, and frameworks of political thought and action which do not acknowledge the Lordship of Christ. While Relationism could perhaps regarded as an ideology in the sense of flowing from a worldview which is not shared by everybody, it should certainly not be regarded as an autonomous body of human thought.’

In today’s society where Christians are a minority, we can’t just demand obedience to the first commandment, to love God, like Old Testament prophets. But we can try to persuade people of the benefits of biblical social teaching. Relationism is thus a ‘translation strategy’ couching biblical teaching in contemporary language.

Lindsay Tanner, of the Australian Labour Party, is one politician with no Christian allegiance who has enthusiastically embraced Relationism. He wrote a book called Crowded Lives, giving credit to Dr Schluter on the first page and throughout the book. The Labour Party leader then endorsed Relationism and appointed Tanner ‘shadow minister of community relations’, making the concept an election issue earlier this year. I have seen a raft of photocopied stories from Aussie papers addressing the issue.

A few weeks ago I shared a flight out of New Zealand with former deputy prime minister, Winston Peters, the leader of the New Zealand First Party. I lent him my copy of Tanner’s book for the flight, and after scanning through he said he would like to get himself a copy. Relationism can be endorsed by all who see the need for good relationships for human well-being, and who recognise intuitively or rationally the soundness of the principles, regardless of their source.

Yet Schluter himself warns that the potential for Relationism’s long-term impact on western society will depend on whether or not it stays in touch with its biblical roots. Divorced from biblical teaching, it will lack the essential motivation for building strong social bonds and restoring broken relationships: love for God.

Dr Schluter recently addressed the HOOP21 national congress in Holland I wrote about last week. After his talk, people almost ran to the booktable to buy his books.

I. for one, have a growing conviction that Relationism is a Big Idea that offers hope for Europe.

The sun: a pale reflection…

IT'S THE SUMMER SOLSTICE IN THE NORTHERN HEMISPHERE, the winter solstice south of the equator.…

God on their side