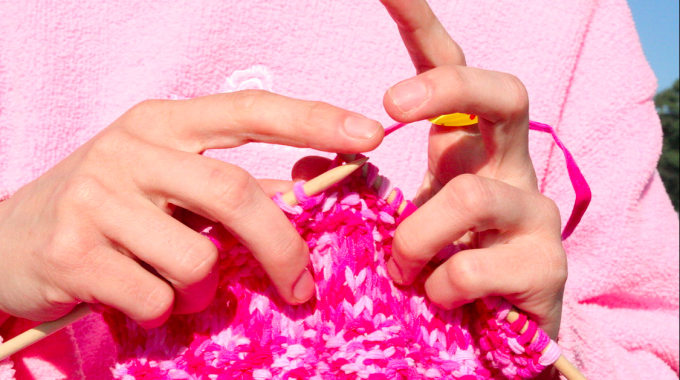 This weekly word from Jeff Fountain, published on the 25th of August 2008, is the first of two articles dealing with the question of how the church should relate with governments and uncovers the roots of modern-day political ideologies.

It’s that time of the year again when YWAM leaders from around the globe gather for annual strategy meetings. As we are a decentralised mission, with no world headquarters, these events happen on various parts of this planet. Last year was South Korea; the year before in England; before that in Brazil, and so on. This time we meet in Hawaii. Which, of course, sounds very exotic and ‘unmissionary’.

So our prayer letters read something like: “Please pray for us as we suffer for Jesus in Hawaii.” Yeah, right!

To justify such a location, I usually joke about hell being an endless series of meetings in paradise.

If you are familiar with YWAM, you will know that the original campus of YWAM’s university, the University of the Nations, is in Kona on the big island of Hawaii. The university has made it’s facilities available for these gatherings.

It may also sound rather ‘unmissionary’ to hear that one of the current series of meetings addresses how YWAM should relate to government, and what should be taught in our courses on politics and government.

Perhaps your reaction is, ‘shouldn’t missionaries just stick to the knitting?’ ‘Knitting’ in this case being evangelism and church planting.

According to the example of the father of protestant missions, William Carey, missions involves much more than just evangelism and church planting. Carey engaged in a breathtaking range of activities in social, scientific, literary, linguistic, educational, engineering, agricultural and journalistic fields. And in doing so, he exercised a profound influence on the British colonial government in 19th century India.

His answer to the ‘knitting’ question would be that the gospel of Jesus Christ is good news about God’s plan for the transformation of all of creation, and all areas of human endeavour. It involves the transformation of hearts and minds; of families and communities; of nations and governments. The redemption of Jesus Christ affects every area of life affected by human sin. That doesn’t leave much out.

The word ‘Transformation’ has become a buzzword in some Christian circles in recent years. But what are the assumptions behind that word? How much ‘transformation’ can we expect before the return of Jesus? And can we really expect transformation in areas of government and politics?

Through the centuries, Christians have developed different answers to these questions. Some, like the Anabaptists, talk of ‘Christ against culture’, where the believer is in constant conflict with the world. Others, like many liberals, speak of ‘Christ in culture’, in which God’s kingdom is already to be seen in the best of human culture. Yet others, including Calvinists, talk of ‘Christ transforming culture’, and aim at the conversion of the status quo.

In our calling to ‘diisciple nations’, these are questions YWAMers are beginning to face in different parts of the world, including Europe. The implications of the mission task for all spheres of human activity are leading us into some sort of engagement with politics. One YWAM agency based in England has observer status at UN meetings relating to issues on justice and reconciliation. In New Zealand, former YWAMers have formed a new political party to contest the upcoming elections.

In Kosovo, a YWAMer holds lectures at the university to seminar rooms jammed with students wanting to learn about American models of government. The demand is so great that a doorkeeper has to keep overflow students out!

This is why we need these types of consultations. What should  YWAM’s standpoint be? What do we want to teach on our courses on government and international studies?

Ah, but isn’t that a foregone conclusion? There you are, meeting in Hawaii. YWAM has American roots. Christians in America tend to identify with right-wing politics, standing squarely behind George Bush. Right?

Some of that is true, but right now many American Christians are being forced to think hard about their politics. The one presidential candidate who openly talks about his faith and his relationship with Jesus Christ happens to be the Democrat.

But the issue is not just American politics. It’s a global issue. And the more we ignore the spiritual dimensions of that vital aspect of human existence called politics, the more likely we are to be ‘squeezed into the world’s mould’ (Roms.12:2).

For behind the range of political ideologies offered today lurk various forms of idolatries. Bob Goudzwaard puts it this way: a) everybody serves a god of some sort (Bob Dylan said that too: you gotta serve somebody!); b) everyone is transformed into the image of their god; c) people structure their society in their own image.

Ideologies view their humanly-made god as the source of society’s salvation, as are false revelations of creation, fall and redemption, as Goudzwaard puts it.

That’s true for liberalism and its god of maximum individual freedoms, nationalism (liberation from rule by the ‘other’), conservatism (return to the ‘golden age’), socialism (the communal ownership of all wealth), and even democracy (which without proper spiritual foundations bows to the god of popular sovereignty).

How can we transcend these ideologies? In preparation for these meetings ‘in paradise’ I have been reading an IVP book called Political Visions and Illusions by David Koyzis. He offers an insightful survey of these various ideologies, exposing their idolatrous assumptions. He then suggests alternative models based on government as doing justice in God’s world.

So, pray for us as we wrestle with these questions… in Hawaii!

Relationism: Pursuing a biblical vision for society (Part I)

After the series entitled 'Christian Social Reform: What is the Agenda?', we start this week…

The fourth theme of the question ‘Who speaks for Europe?’ tackled in the edition 33…