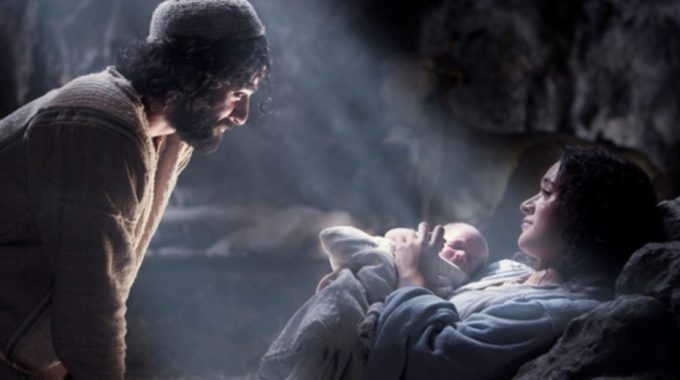 To celebrate Advent–as a time of expectant waiting and preparation for both the celebration of the nativity of Jesus and his return at the Second Coming–is simply ‘foolishness to the Greeks’ of Paul’s day and secular Europeans of our own day.

It makes as much sense as risking one’s life to take the story of the incarnation of God as a human being to isolated tribes of cannibals, head hunters and animists. Which to many of our contemporaries implies the sin of discrimination between lifestyles and cultural norms.

Last week, the BBC ran a story asking if missionaries did more harm than good, prompted by the killing of a young American Christian by an isolated tribe on a remote Indian Ocean island just two weeks ago.

John Allen Chau had written in his last letter to his parents: ‘You guys might think I’m crazy in all this, but I think it’s worth it to declare Jesus to these people.’

The Sentinelese are among the most impenetrable communities in the world, and have killed or tried to kill many outsiders who attempted to step on their rugged island 1000 kilometres off India’s mainland, 300 kilometres south of Myanmar.

The BBC article quotes the Great Commission Jesus gave his disciples to make disciples of all peoples. ‘What do missionaries hope to achieve?’ it asked. ‘Are they a positive force around the world, or an unwelcome presence?’

We easily forget that the story of Europe is replete with accounts of those who met violent deaths in their efforts to obey Jesus’ instructions and bring the gospel to our European ancestors: such as Alban, Britain’s first martyr beheaded in the Roman city of Verulamium (modern St Albans); Boniface, apostle to the Germans, killed by Friesians; and Gellért, apostle to the Hungarians, rolled down a hill by the Danube River in a barrel with nails hammered inwards.

At this stage in history, those peoples who have not yet heard the story of Jesus are, like the Sentinelese, the hardest to reach.

Imperialism?
Around the world, other media outlets including The New York Times and The Guardian have also responded to Chau’s death, drawing attention to both the Sentinelese people and the efforts of Christian missionaries around the world. Mixing both recognition and criticism of missions past and present, these articles revive the age-old question whether or not missionary work is a misguided form of western imperialism.

The most comprehensive answer I know to that question is by Robert Woodberry, now research professor at Baylor University. His article on the ‘Missionary roots of liberal democracy’ argues that missionaries were ‘a crucial catalyst initiating the development and spread of religious liberty, mass education, mass printing, newspapers, voluntary organisations, and colonial reforms, thereby creating the conditions that made stable democracy more likely’.

Woodberry’s article, which first appeared in the American Political Science Review (May 2012), argues that most social scientists miss the point by ignoring religion when they try to account for the rise and spread of democracy. His study of the association of missions and democracy based on a sample of 142 nations challenges the traditional modernisation theory that liberal democracy and other social transformations associated with ‘modernity’ developed primarily as the result of secular rationality, economic development, urbanisation, industrialisation and the expansion of the state.

Logical
Democracy was therefore not a triumph of secularism over religion, concludes Woodberry, as is often claimed. What he calls CP’s (‘conversionary Protestants’ who actively tried to make converts) were a crucial catalyst in the development and spread of innovations that made stable, representative democracy more likely.

Beginning with Europe and North America as the regions where representative democracy first developed, Woodberry then focuses on Africa, Asia, Oceania and Latin America, establishing a common pattern that CP’s consistently promoted democracy-friendly institutions. In contrast, other groups from Protestant societies usually did not, such as settlers, business people and colonial officials.

To celebrate the Incarnation and to spread its story to everyone everywhere is a most logical recognition of a God who himself risked all by becoming one of us to show us how to live.

VISIONEERING in the Dutch Alps.

After the busy-ness of HOPE.21 and my recent visit to the Caucasus, Romkje and I…

Honour where honour is due