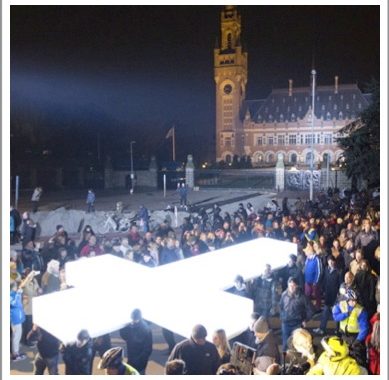 The Christian faith is all about death… and resurrection! That memorable take-away from Philip Jenkins’ excellent book on Europe, God’s Continent, continues to stir my hope for this part of our world which has been most shaped by the story of Jesus–and by its rejection.
For the Easter message we have been com-memorating this weekend is a message of hope for Europe: that death is followed by new life, and that the Holy Spirit is in the business of breaking out in new, unexpected ways in fresh resurrection life when all seemed to be lost.
Many have been the predictions of the Church’s demise in Europe, some gleeful, others regretful. However, just as with the original Easter narrative, the story is not over. The end is a new beginning.
Despite all the talk of Europe becoming religiously pluralistic and post-Christian, the Christian faith remains the frame of reference for national cultures all across the continent. Christianity remains the dominant culture, what sociologists call the Leitkultur.
While the pluralist ethos views all religions as being of equal value, most secular Europeans still regard Christianity as ‘their’ religion when seeking spiritual meaning. For weddings or funerals, the church remains the default institution for most.
Disaster zone
The story of Jesus continues to grip the European imagination. Nearly a quarter of the Dutch population followed this story last Thursday evening with the live television production of The Passion. Since 2011, evangelical and Catholic broadcasting companies have partnered to create a spectacle viewed by an audience growing each year by half a million. Engaging nationally-known personalities, believers and non-believers alike, as singers, actors and cross-bearers, the production gives popular songs new meaning in the context of the Passion narrative.
Last week’s event was held in Enschede, where 15 years ago 200 tonnes of fireworks exploded, ravaging a whole neighbourhood and killing 23 people. The Via Dolorosa in Thursday’s production began in the heart of the disaster zone, since resurrected with new archtecture. Along with the memories of the suffering of the city, uniformed firemen who lost colleagues in that disaster carried the 400 kilo illuminated cross towards the downtown stage through a crowd of 20,000.
Add to these numbers the many hundreds of thousands who attended performances of St Matthew’s Passion and other Easter-related choral productions in many languages across Europe over the past weeks, all of which remind us how much this story continues to remain foremost in European consciousness.
Countless acts
As Britain heads towards elections next month, the question of the role of the Christian faith in Britain today is becoming a major political issue. In his Easter message on YouTube, Prime Minister David Cameron broke with the traditional reluctance of politicians to talk about their own religious beliefs in public. Easter, he said, was ‘not just a time for Christians across our country to reflect, but a time for our whole country to reflect on what Christianity brings to Britain.’
He spoke of the ‘countless acts of kindness’ carried out every day by ‘those who believe in and follow Christ’. The heart of Christianity was to ‘love thy neighbour’, he continued, giving special mention to the Alpha courses run in prisons.
Suggestions that such talk is calculated to woo Christian voters away from the right-wing populist UKIP party may be partly true. And no-one would propose that Europe is experiencing widespread revival–yet. Nevertheless here is ample evidence that the secularist prediction –that religion, merely a temporary phase in the development of humanity, was doomed to die out– misses the mark widely.
During Masterclass in European Studies in Brussels this summer (Aug 2-7), you could investigate with Dr Evert Van de Poll this renewed interest in Christianity across Europe in all sort of forms–adult baptism in the Catholic Church, Taizé-style prayer, the charismatic movement in traditional churches, spiritual retreats, music festivals and much more.
For, no, the story is not over!

The end is nigh!

No, I’m not a doomsday prophet, but it is true. The end draws nigh–at least,…

The beginning of the end