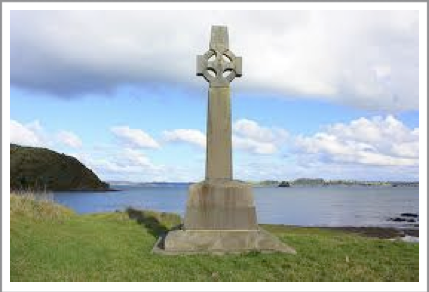 A high Celtic stone cross marks the spot in New Zealand’s Bay of Islands where Christian mission in the last land on earth to be populated by humans began two hundred years ago.
The sermon preached on Christmas Day in 1814 to a large crowd of Maori was the start of a process that led directly to the signing of the Treaty of Waitangi, February 6, 1840, and the birth of the nation of New Zealand.
Missionaries played the crucial role of midwife in this birthing process, as Craig Vernall, the national leader of the Baptist denomination, explained at the offical church service commemorating this treaty last week in Waitangi. At a congress of national church leaders I attended starting that same evening in the Bay of Islands, convening Catholics, Protestants and Pentecostals in an unprecedented spirit of unity and purpose, several historians affirmed that the treaty would never have happened the way it did without the missionaries. Evangelical missionaries initiated, translated and carried the treaty to be signed to various parts of the country.
The willingness to sign a treaty with the British government reflected the trust of the Maori people in the integrity of the missionaries.
In fact, the birth of New Zealand through this treaty can be traced directly back to William Wilberforce and his circle of social-reformer friends, including bankers, lawyers and politicians, often called the Clapham Sect. While mostly aligned with the Anglican church, they were generally viewed with suspicion by the ‘high’ church elite as evangelicals agitating to awaken the social conscience of church and nation to poverty and injustice in England and her colonies. They believed the Christian faith did not end with personal transformation but required practical social application.
Long saga
Wilberforce and his Clapham friends are best known for achieving the abolition of the slave trade in 1807 after decades of battling against entrenched elitist powers. They helped restore a sense of democracy in Britain in their affirmation of the equality of all people under God. They were also concerned about British treatment of indigenous peoples in their colonies and settlements.
Further, they were committed to promote efforts to take the gospel to the unreached, and to this end formed the Church Missionary Society in 1799, just six years after William Carey had sailed for India to pioneer protestant missions.
Wilberforce had personally recommended a young Anglican clergyman, Samuel Marsden, for a chaplaincy role in New South Wales. It was this same Marsden who delivered that first Christmas sermon on the spot now marked by the cross. Supported by the CMS in his vision to begin a mission in New Zealand, Marsden’s 1814 visit was the first of seven trips from Sydney to introduce the Christian gospel to Maori.
When Marsden expounded to his Maori listeners on Luke 2:10– Fear not: for, behold, I bring you good tidings of great joy, which shall be to all people–he was continuing the long saga of the story-tellers who had brought transformation to his own people many centuries earlier. As he and others who followed began to preach up and down the country to animists and polytheists, just as Paul, Patrick and Boniface had done in the first millennium, hearts and individuals changed, families and tribes were reconciled and society began to change, as had happened in Europe.
Unity with diversity
By the 1850’s 60 per cent of Maori were attending church regularly, a far higher proportion than among the European settlers.
In the Treaty House at Waitangi some years ago, I read a speech of the British Resident in New Zealand, James Busby, appointed to mediate between Maori and European. When preparing Maori leaders for the signing of the Treaty, he told them that the English too had been a nation of warring tribes, until the story of Jesus had brought forgiveness, reconciliation and restitution. The English tribes had come to recognise their common identity–all of them had been created in God’s image. They needed to learn to live together in unity with diversity, to love God and their neighbour.
Events in the Bay of Islands, and subsequently throughout New Zealand, form a microcosm of the narrative of Europe. On that Christmas day, Marsden introduced Maori to that same transforming story that gave Europe its unifying identity more than any other single factor.
To disregard the role of the gospel in shaping New Zealand, England and Europe is to distort all three stories.
Till next week,
Jeff Fountain

Brace yourselves. We’re reaching the next stage, as predicted by Francis Schaeffer a generation ago.…

Sarajevo, September 15, 1911: Flags flew at half-mast and black banners hung from windows and…

Ecumenism on the Streets

When I was a teenager, my brother gave me for my birthday a book of…