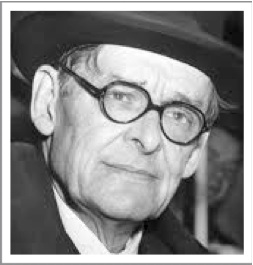 Tourism has been around much longer than the stereotypical ‘loud, cigar-puffing American’ of the popular imagination. The ‘Grand Tour’ of the 18th century, for example, was an essential rounding off of the education for élite young Europeans.
Thomas Cook, a name still prominent in tourism today, laid claim to being founder of organised group tours by chartering a steam train in 1841 to transport enthusiasts from Loughborough to Leicester in the British Midlands, a trip of at least 10 miles.
Others say that the wild, young, Lord Byron was a prominent trendsetter for tourism with his trips to Lake Geneva.
Tourism has always required the resources of time, the means to travel, peaceful conditions and a certain amount of money. Hence the burgeoning of the tourist industry worldwide since the Second World War.
Rising incomes, increased leisure time, budget airlines, open borders, and an aggressive advertising industry insistently telling us we deserve a break all have helped to democratise tourism and enable hordes of ‘ordinary people’ to follow where once only the affluent élite could go.
Specialities
In Europe, the Americans comprised the first wave of post-War tourists. Then Europeans themselves followed; next came the Japanese, then the Koreans. And now it is commonplace to see busloads of Chinese following their tourleader like a gaggle of geese through inner city streets of Amsterdam, Prague, Paris or Vienna.
Tourism has developed all sorts of specialities: extreme tourism, sex tourism, literary tourism, art tourism, rock festival tourism and even, thanks to Richard Branson, space tourism.
Dan Brown’s novels have almost created a genre of tourism in themselves as eager readers follow the trail of amateur sleuth Robert Langdon through art galleries, sanctuaries and other romantic locations in Paris, London, Geneva, Washington DC, Florence, Venice and Istanbul.
And then there’s film tourism. Woody Allen fans, for example, can spend a week in Paris fantasizing in the 1920‘s cafés, bars, clubs and hotels featured in ‘Midnight in Paris’.
The film’s central character, Gil Pender, a modern-day screenwriter, is transported at midnight in a 1920s Peugeot back to the past to party with the likes of avant garde musicians, writers and artists, including Cole Porter, F. Scott Fitzgerald, Ernest Hemingway, Picasso, Gaugin and Salvador Dali.
Also seated in the backseat of the vintage Peugeot is the American-British poet T.S. Eliot, one of the most daring innovators of twentieth-century poetry. Yet unlike most other characters in Allen’s film, Eliot in real life swam against the steady stream of artists and writers who overthrew old taboos and traditions.
For in 1927, Eliot took on British citizenship and  converted to Christianity, joining the Anglican church. The negative mood of his early works, (e.g. The Wasteland, 1922) gives way to a positive search for higher ground in later works (e.g. The Four Quartets, 1943), a search crowned by the Nobel Prize for Literature in 1948.
Disappearance
That same year, he wrote about ‘the common tradition of Christianity which has made Europe what it is’ in the essay, Notes Towards the Definition of Culture. If we lose Christianity, he warned, we lose Europe.
“If Christianity goes, the whole of our culture goes,” he wrote. “Then you must start painfully again, and you cannot put on a new culture ready made. You must wait for the grass to grow to feed the sheep to give the wool out of which your new coat will be made. You must pass through many centuries of barbarism. We should not live to see the new culture, nor would our great-great-great-grandchildren: and if we did, not one of us would be happy in it.”
Eliot continued: “It is in Christianity that our arts have developed; it is in Christianity that the laws of Europe have–until recently–been rooted. It is against a background of Christianity that all our thought has significance. An individual European may not believe that the Christian Faith is true, and yet what he says, and makes, and does, will all spring out of his heritage of Christian culture and depend upon that culture for its meaning. Only a Christian culture could have produced a Voltaire or a Nietzsche. I do not believe that the culture of Europe could survive the complete disappearance of the Christian faith.“
The reality Eliot describes calls for yet another form of tourism: ‘heritage tourism’, which is what we have embarked upon these two weeks with a group of modern pilgrims. Our aim is to understand what made Europe ‘Europe’, and to discern what lies beneath the layers of contemporary culture Eliot’s ‘Parisian friends’ helped create.
Till next week then, when I’ll write you from Prague.

The Games are over

Amidst a blaze of fireworks at midnight last night in London, the Olympic Games were…

Making war impossible – The story of Schuman (Part I)

From Jeff Fountain's book Deeply Rooted. The last passengers were boarding the Paris-Metz train at Gare…

From Jeff Fountain’s book Deeply Rooted. (Part I here) Later, after hearing about the dinner conversation…