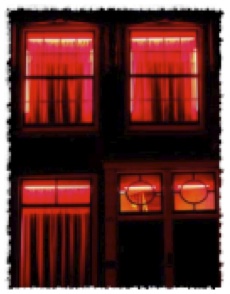 Prostitution is a violence which touches the whole person–physically, verbally, sexually and psychologically–and ought to be criminalised along with rape and marital violence.
So stressed the Strasbourg Declaration, signed last week by 220 women from 27 European nations gathering in the capital of French Alsace. The declaration will be presented to the European Parliament, officially seated in Strasbourg..
“We, participants of the Congress ‘Femmes2000/Hope for Europe’ for Christian women in leadership, recognise that too often during these last years, we have lacked sensitivity concerning the distress of women who are victims of human trafficking”, read the opening paragraph.
“Prostitution and the evil that accompanies it, trafficking in human beings, are incompatible with the dignity and value of the human person”, cited the declaration from the UN Convention of 2 December 1949 for the Suppression of the Traffic in Persons and of the Exploitation of the Prostitution of Others.
The declaration recognised that the European Parliament resolution of April 5, 2011, stipulating prostitution as a violation of human rights, was an important first step.
But the women attending this congress of the Hope for Europe Women in Leadership network, convened bi-annually since 1994, demanded more action from EU member states to adopt policies to remove repressive measures against the prostitutes themselves, to condemn all forms of procurement, to ban the purchase of sexual acts and to develop exit programmes for prostitutes.
Awareness
Patricia Green, of the Alabaster Jar social work among prostitutes in Berlin, addressed a plenary session and led a workshop taking inventory of prostitution regulations in the various EU member states, and exploring ways to help stop human trafficking.
She and others suggested prayer walks and prayer vigils in ‘red light’ districts should be augmented by prevention measures, including awareness-creation programmes among youth, church-based programmes on male sexuality and addiction, and in local communities on issues surrounding prostitution and trafficking, for example.
Lobbying for political and legal changes at local, national and European levels was not everyone’s calling, but Patricia suggested that supporting those organisations engaged in advocacy financially was something most could do.
A survey of laws and attitudes on prostitution across Europe reveals great variation. In The Netherlands, Germany, Austria, Switzerland, Greece, Turkey, Hungary and Latvia, prostitution is legal and regulated. In most of the rest of Western Europe, prostitution is legal but not regulated, while brothels are illegal. Most Eastern European countries ban prostitution and criminally prosecute prostitutes. However, enforcement of anti-prostitution laws vary greatly and large discrepancies exist between law and practice.
The exceptional region is Scandanavia, where Norway and Iceland followed Sweden’s unique Sex Purchase Act (Sexköpslagen) of 1999, which criminalised the client, not the prostitute.
Exploitation
Fresh interest in the Swedish model has been aroused in The Netherlands recently where police now acknowledge that most prostitutes are forced to work behind the windows. The Dutch have one of the most liberal prostitution policies in the world, making Holland a top destination for human traffickers, according to the UN Office on Drugs and Crime. Dutch ‘tolerance’ (indifference) has been reflected in attitudes among politicians who viewed prostitution as ‘just a form of work’. Prostitutes were ‘proud, independent women registered at the Chamber of Commerce and who paid income tax like other earners’. Christian politicians, seen as ‘old-fashioned moralists’, were the only protesters against the full legalisation of the trade.
But now, 13 years after the legalisation of the ‘oldest profession’ in Holland, both public and politicians are waking up to the nightmare realities of rape and exploitation of prostitutes.
Gert-Jan Segers of the ChristenUnie political party recently visited Sweden with a Labour Party colleague to investigate how the law there had minimalised trafficking. The Swedish Minister of Justice, Beatrice Ask, says it is a moral question of human rights and equality, and that buying sex violates human dignity.
Segers plans soon to present a bill to the Dutch parliament criminalising clients of abused and exploited women. He detects a significant change in attitude and support from other parties, anti-trafficking officials and police. If passed, the Dutch law could be hugely influential on other nations, and a giant step towards meeting the demands of the 220 women in Strasbourg.
Till next week,
Jeff Fountain

Memory is one of the key factors to our national identities. We remember similar events…

The Thirteenth of August is a special day in the Moravian calendar. On this date,…

Most christianised and most secularised

The second of the four European paradox addressed by Evert van de Poll. This is…